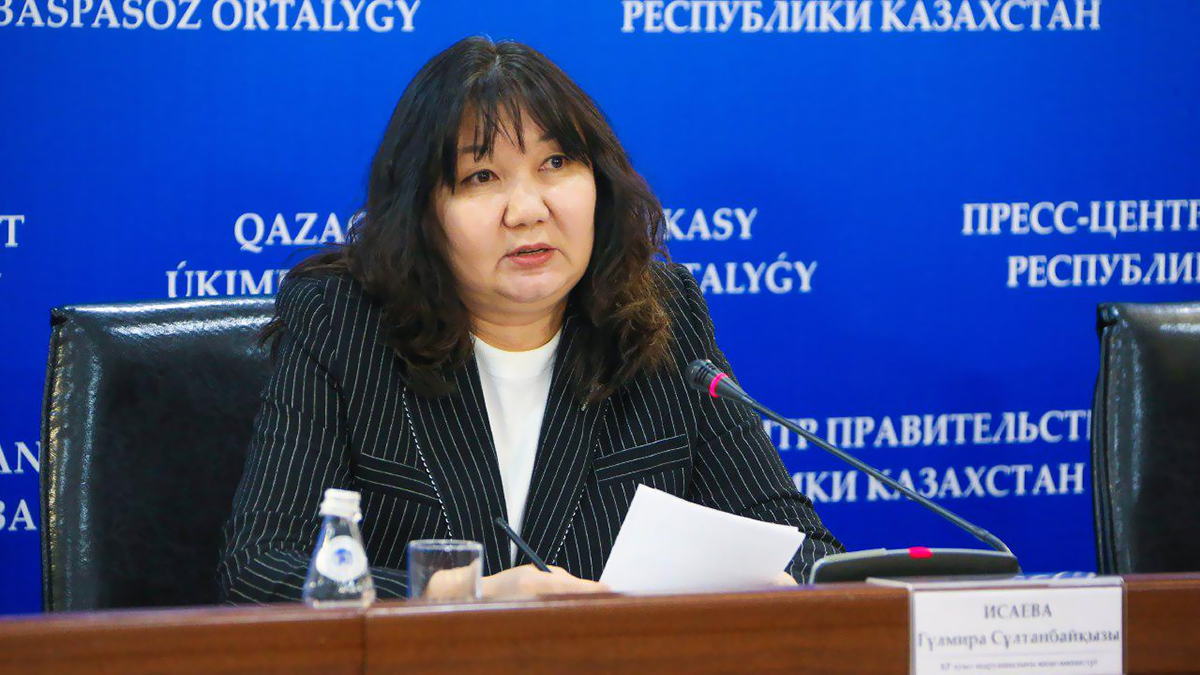 By the decree of the Government of the Republic of Kazakhstan Isaeva Gulmira Sultanbaykyzy has been relieved as vice minister of agriculture according to the submitted application.

Gulmira Isaeva was born in 1969 in the Almaty region. In 1991 she graduated from the Semipalatinsk Technological Institute of the Meat and Dairy Industry, in 2010 — from the Kazakh National Agrarian University. She is a process engineer.

She began her career in 1991. In 1991–2010, she worked as a senior teacher, post-graduate student, chief specialist, junior, senior researcher, chief technologist, livestock breeder.

From October 2017 to 2018, she worked as adviser to the Prime Minister of the Republic of Kazakhstan.

In January 2018, she was appointed vice minister of agriculture of the Republic of Kazakhstan.