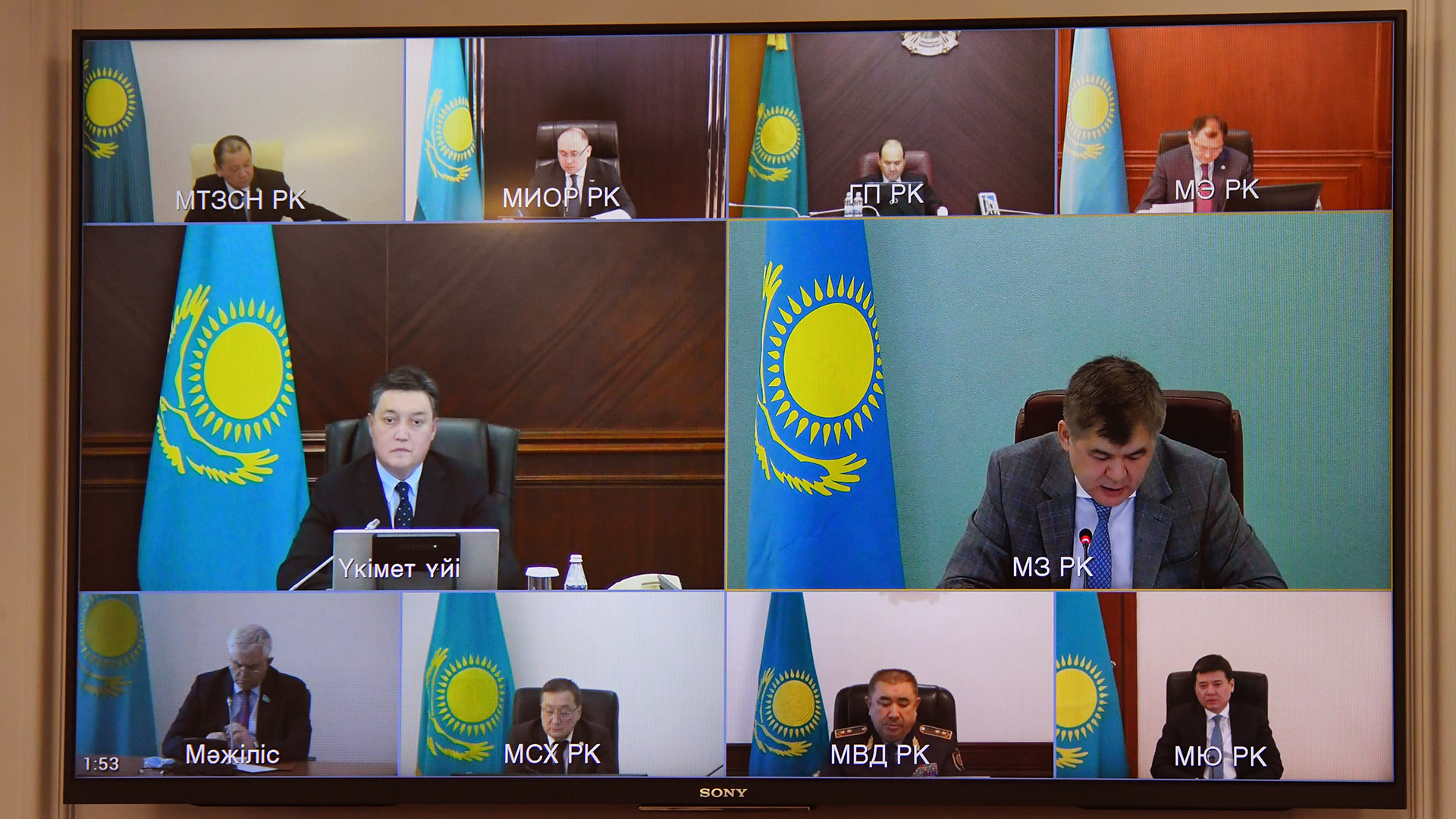 Prime Minister Askar Mamin chaired a selector meeting of the State Commission on Ensuring the State of Emergency under the President of Kazakhstan.

Minister of Healthcare Yelzhan Birtanov reported on the sanitary and epidemiological situation in the country, Minister of Labor and Social Protection of the Population Birzhan Nurymbetov — on the labor market and measures to ensure employment, Chair of Samruk-Kazyna Sovereign Wealth Fund Akhmetzhan Yessimov — on measures proposed by the Fund, Chairman of Atameken NCE Ablay Myrzakhmetov — on measures proposed by the business community to support employment, akims of Karaganda, Kostanay, Pavlodar, Aktobe, Atyrau regions, as well as the capital and Almaty — on employment in the regions.

Information on measures to preserve jobs was provided by the heads of Kazakhmys Corporation, SSGPO JSC, NCOC and other large enterprises.

“Against the backdrop of negative dynamics in foreign markets, our main priority is to maintain existing production facilities, and to maintain export positions. We must provide flexibility in the management of production processes in order to prevent the growth of unemployment among Kazakhstanis,” said Mamin.

The prime minister instructed akims of regions and cities of republican significance to take coordinated measures to prevent social tensions in the regions, update memorandums concluded with business entities on job preservation and ensure conclusion of Road Maps with enterprises on the controlled flow of workers between enterprises of the economy.

Particular emphasis was placed on the need to support entrepreneurial activity, the development of small and medium-sized businesses, maintain jobs, increase lending and take other anti-crisis measures to stimulate this sector of the economy.

“The Ministry of Labor, together with the regional akimats, should daily monitor the possible release of workers, taking measures to prevent the reduction of people and promote employment,” said Mamin.