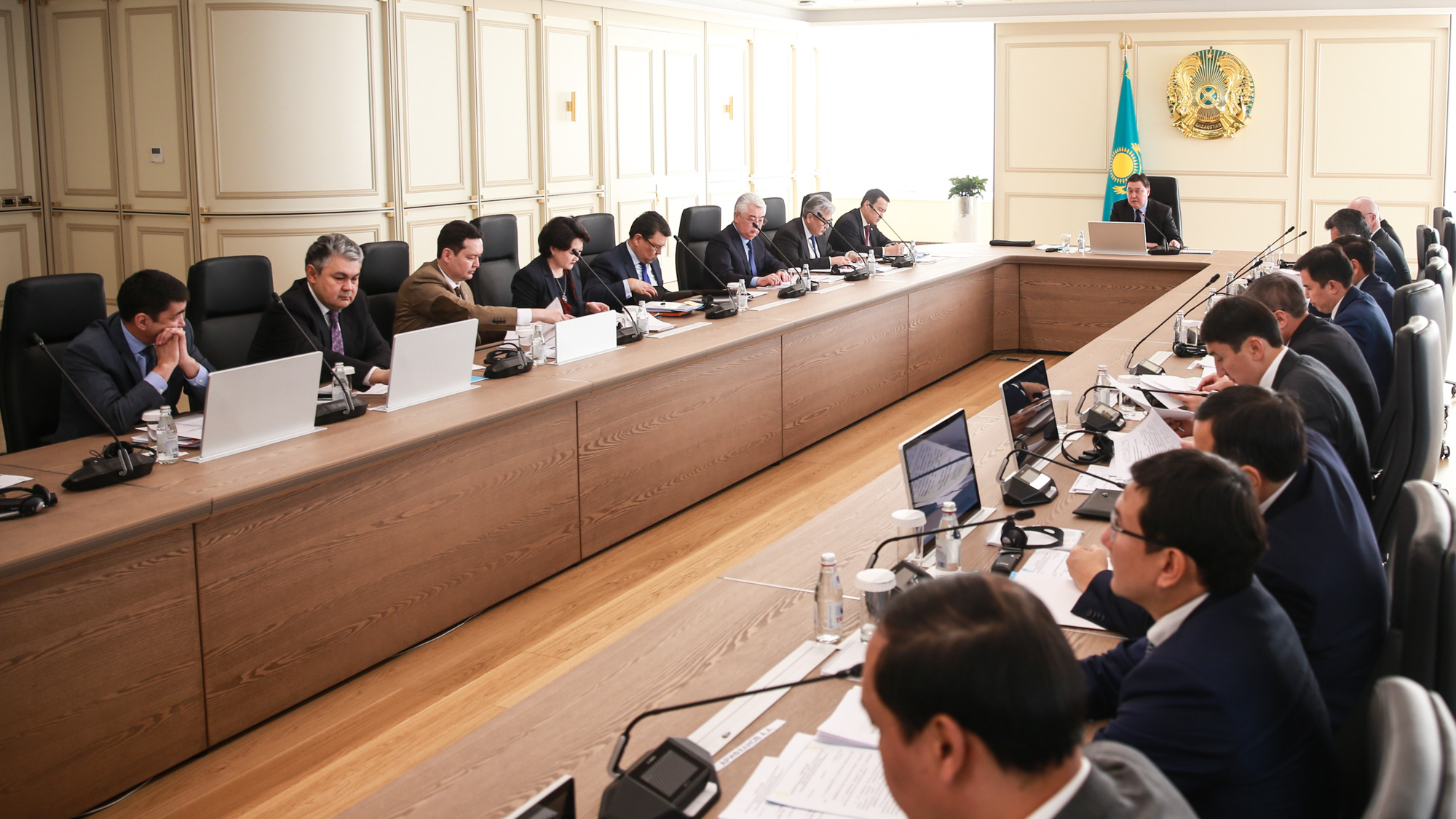 Prime Minister Askar Mamin chaired a meeting of the Coordinating Council on Attracting Investments at the Astana International Financial Center.

Minister of National Economy Ruslan Dalenov reported on the results of a hearing by central and local executive bodies and organizations on work to attract investments, Chair of Atameken National Chamber of Entrepreneurs Ablay Myrzakhmetov reported on import substitution and AIFC Governor Kairat Kelimbetov spoke about the approaches of the center to attracting investments in the regions.

At the meeting, it was noted that the national economy continues to show leading dynamics. According to the results of 9 months of 2019, growth rates were 4.3%. The International Monetary Fund raised its forecast for economic growth in the Republic of Kazakhstan in 2019 from 3.2% to 3.8%, in 2020 - from 3.2% to 3.9%. The Asian Development Bank raised expectations about the growth of the economy of Kazakhstan in 2019 from 3.5% to 3.7%. Moody’s rating agency raised the country's credit rating from stable to positive. The position of Kazakhstan in the Global Competitiveness Index of the World Economic Forum has been improved from 59th place to 55th.

Positive dynamics in the economic and investment policy of Kazakhstan was noted by the head of the European Bank for Reconstruction and Development for Kazakhstan Agris Preimanis and the director of the representative office of the Asian Development Bank in Kazakhstan Giovanni Capannelli.

One of the most important conditions for maintaining and building up the current economic growth rate is attracting investment and increasing the capital intensity of the Kazakhstan economy. By 2024, it is planned to bring the level of investment in fixed assets to 30% of GDP. To date, a pool of investment projects has been formed that will allow attracting over 41 trillion tenge of investments in 2020-2024. The main drivers of investment growth will be basic industrialization, agriculture, transport, tourism and trade.

“In order to ensure a faster pace of economic development, in accordance with the instructions of Elbasy Nursultan Nazarbayev and President Kassym-Jomart Tokayev, we need to qualitatively strengthen the work to attract foreign direct investment in the country,” Mamin said.

The head of Government ordered to improve the existing investment infrastructure, unify preferences for investors in special economic and industrial zones of the Republic of Kazakhstan, step up the development of public-private partnerships, and increase the share of export-oriented projects with high added value.

“We should better approach the issue of developing and preparing investment projects. For this, it is necessary to use the potential of consulting companies and international financial institutions such as the EBRD, IDB, ADB and others as part of the technical assistance provided to the country," Mamin said.

In order to increase investment activity in the regions, the prime minister instructed to study the implementation of projects structured under the AIFC law and using its jurisdiction.

“In the regions there are deputy akims who are directly involved in attracting investments. It is important to make maximum use of the existing potential and existing tools of the AIFC financial market. I believe that today's meeting of the Coordinating Council will allow us to launch a qualitative development of cooperation between the regions and the AIFC," said Mamin.

The head of Government instructed the central state bodies, national companies and akimats to ensure the fulfillment of the tasks set and the achievement of the approved target indicators for attracting investments.