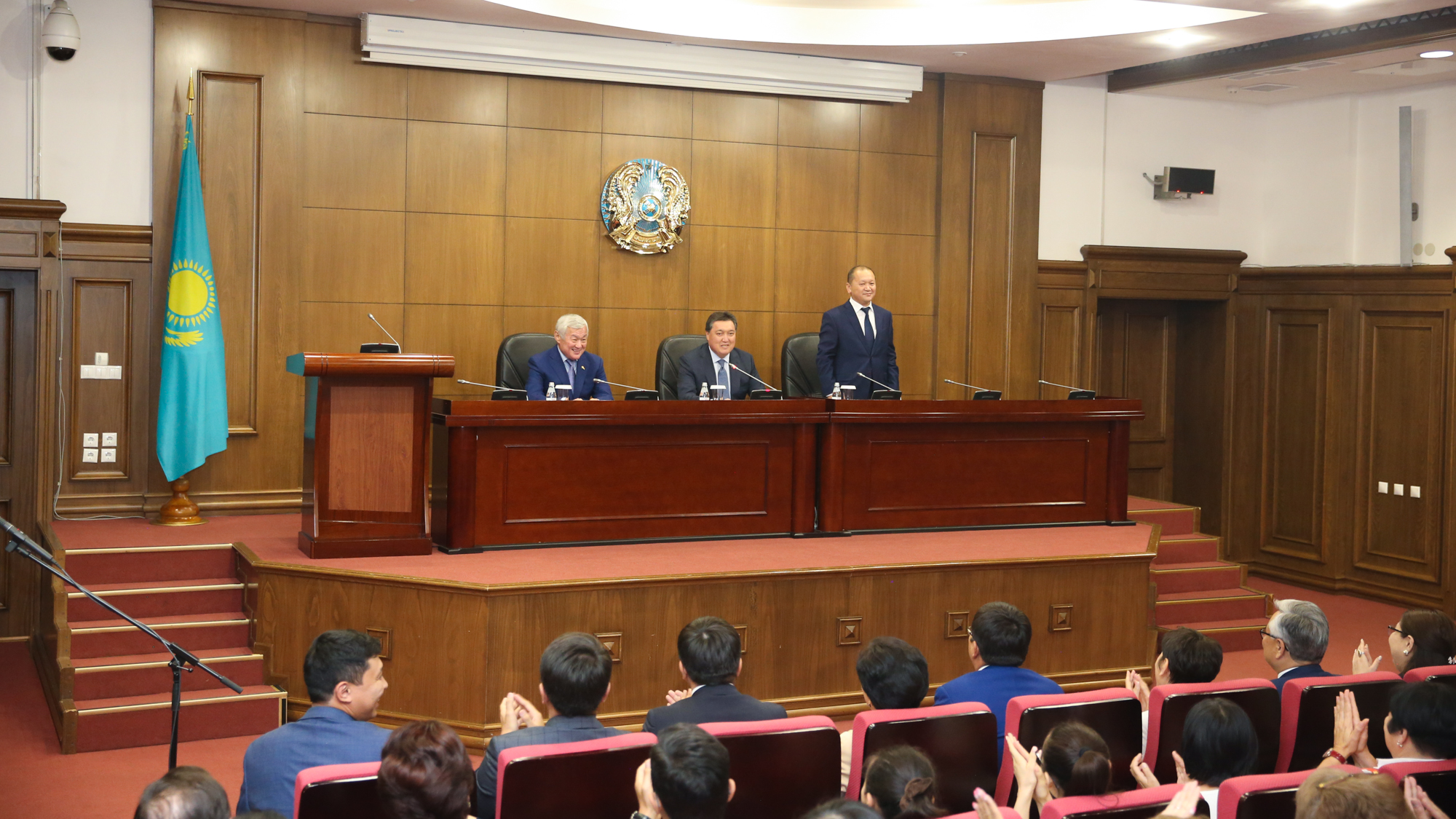 Prime Minister Askar Mamin introduced the new minister, Birzhan Nurymbetov, to the staff of the Ministry of Labor and Social Protection of the Population of the Republic of Kazakhstan.

The Head of the Government thanked Berdibek Saparbayev for his work as minister of labor and social protection of the population. Under his leadership, systematic work was organized at the ministry to implement the tasks set by the First President – Elbasy Nursultan Nazarbayev and the Head of State Kassym-Jomart Tokayev to modernize the social sphere.

During the presentation of the new minister, Askar Mamin noted 20 years of experience in the social sphere of Birzhan Nurymbetov. Over the years, he worked as vice minister of labor and social protection of the population, held the position of deputy head of the Office of the Prime Minister. Since 2017, he has worked as first deputy chairman of the Federation of Trade Unions of the Republic of Kazakhstan.