At the Government session chaired by Prime Minister Askar Mamin, Chairman of the National Bank Erbolat Dossaev reported that for the first 9 months of 2019, the situation in the financial market have remained stable.

Inflation is formed within the targeted corridor of 4-6%. In September 2019, annual inflation slowed to 5.3% from 5.5% in the previous month. The largest contribution to inflation is made by the continued increase in food prices, which reached its maximum value from the beginning of 2017 at 9.1%.

“Meat prices increased by 13.5%, for bakery products and cereals — by 12.7%. These categories of goods rose in price against the background of rising world prices and export volumes,” Dossaev said.

According to him, inflation is helped by prices for non-food products and paid services. The annual increase in prices for non-food products amounted to 5.4%, which is the minimum since October 2015. The decrease in gas prices in annual terms amounted to 4.8%, solid fuel — 3.5%. Prices for paid services for the year increased by 0.7%, which is associated with a decrease of 8.2% in tariffs for regulated services.

“According to the results for this year, inflation, considering our estimates, will remain within the given corridor and will be at the level of 5.7 — 5.8%. The main inflationary factor is consumer demand, reinforced by budget spending,” said the head of the National Bank.

To prevent the risks of inflation going beyond the target corridor, Sep. 9, 2019, the base rate of the National Bank of Kazakhstan was increased to 9.25%, while maintaining the interest corridor. The extension of terms and the decrease in the volume of notes issued are continuing. Notes with a maturity of 6-12 months amounted to 78% at the end of September compared with 43% at the end of May 2019. For May-September 2019 the volume of notes in circulation decreased by 33.3% from 4.3 trillion tenge to 2.9 trillion tenge. From the maximum value in February 2019, the decrease was about 40%.

The situation in the domestic foreign exchange market in September 2019 was under pressure from the oil market. After the jump in oil prices to $69 per barrel on Sep. 16, it subsequently dropped to $57.7 per barrel on Oct. 2. As of Oct. 10, oil was worth $59.1 per barrel.

“According to preliminary data, the National Bank’s gold and currency reserves as of Oct. 1, 2019, amounted to $28.8 billion. Since the beginning of the year, it has decreased by 6.8% or $2.1 billion as a result of repayment of a currency swap with banks and outflows from customer accounts in foreign currency abroad. For September 2019, gold and foreign exchange reserves increased by 2.1% as a result of foreign currency receipts from the Government issuing eurobonds, growth in the volume of fixed-term foreign currency deposits of banks with the National Bank and gold purchases,” explained Dossaev.

The volume of deposits since the beginning of this year decreased by 5.5% to 17.5 trillion tenge at the end of August this year, which is associated with the conducted in the 1st quarter of this year measures to improve banks. In April-August, the growth of deposits amounted to 1.9%, or 327 billion tenge.

For the period from April to August 2019, the loan portfolio of the banking sector increased by 6% or 750.9 billion tenge to 13.2 trillion tenge.

As part of the implementation of the 7-20-25 Mortgage Program, 9,873 families received loans for 113.8 billion tenge. The program contributed to the growth of the mortgage portfolio of banks by 33.3% per year to 1.6 trillion tenge. 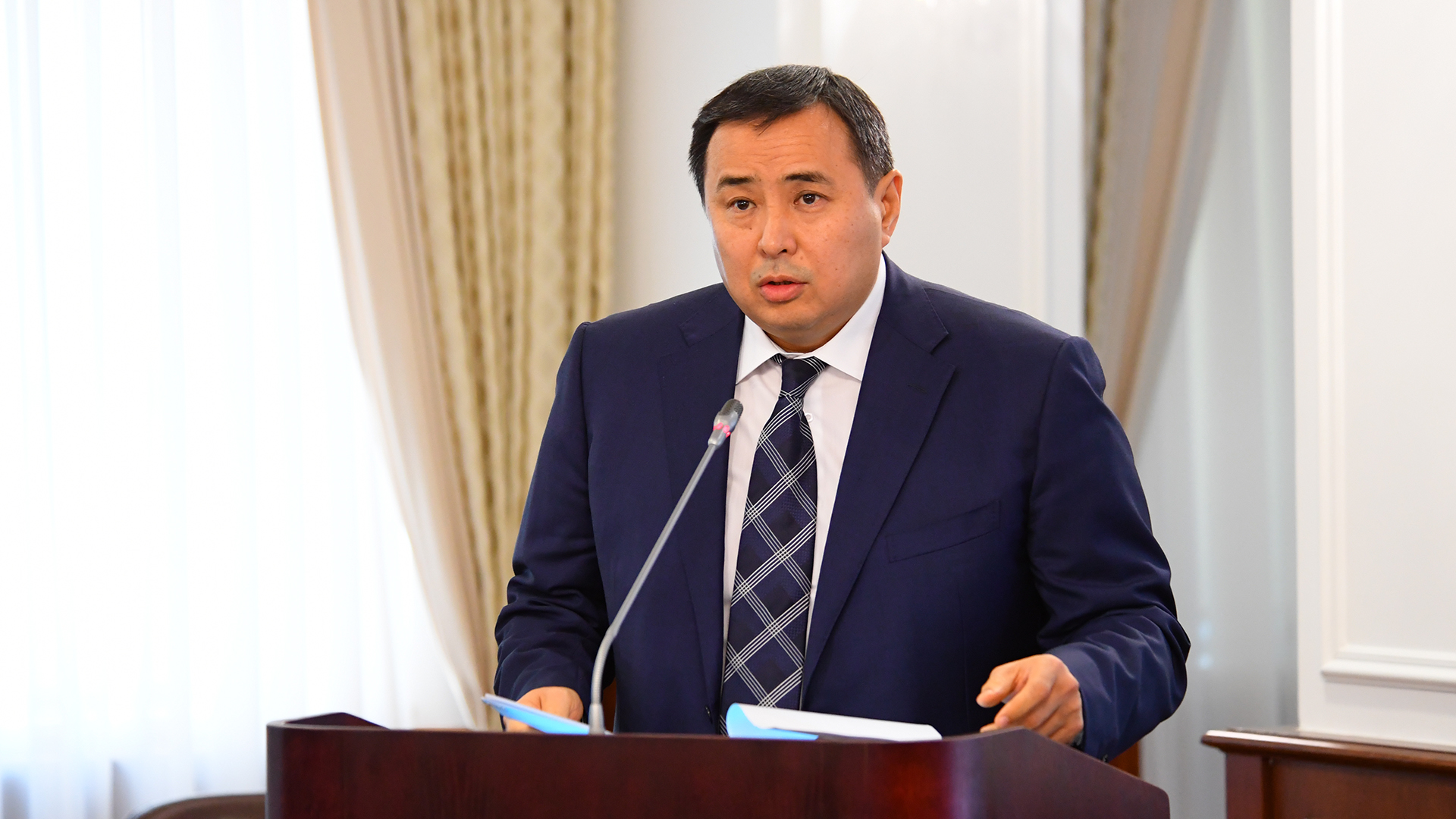 Chairman of the Board of the Atameken National Chamber of Entrepreneurs Ablay Myrzakhmetov reported on the local content in public procurement for 9 months 2019. According to him, over this period, there has been a growth trend in such areas as light, furniture and food industries, as well as building materials in several regions of the country. As of July 1, the indicator was 2%, today this figure is 20%, having increased by 18% in three months.