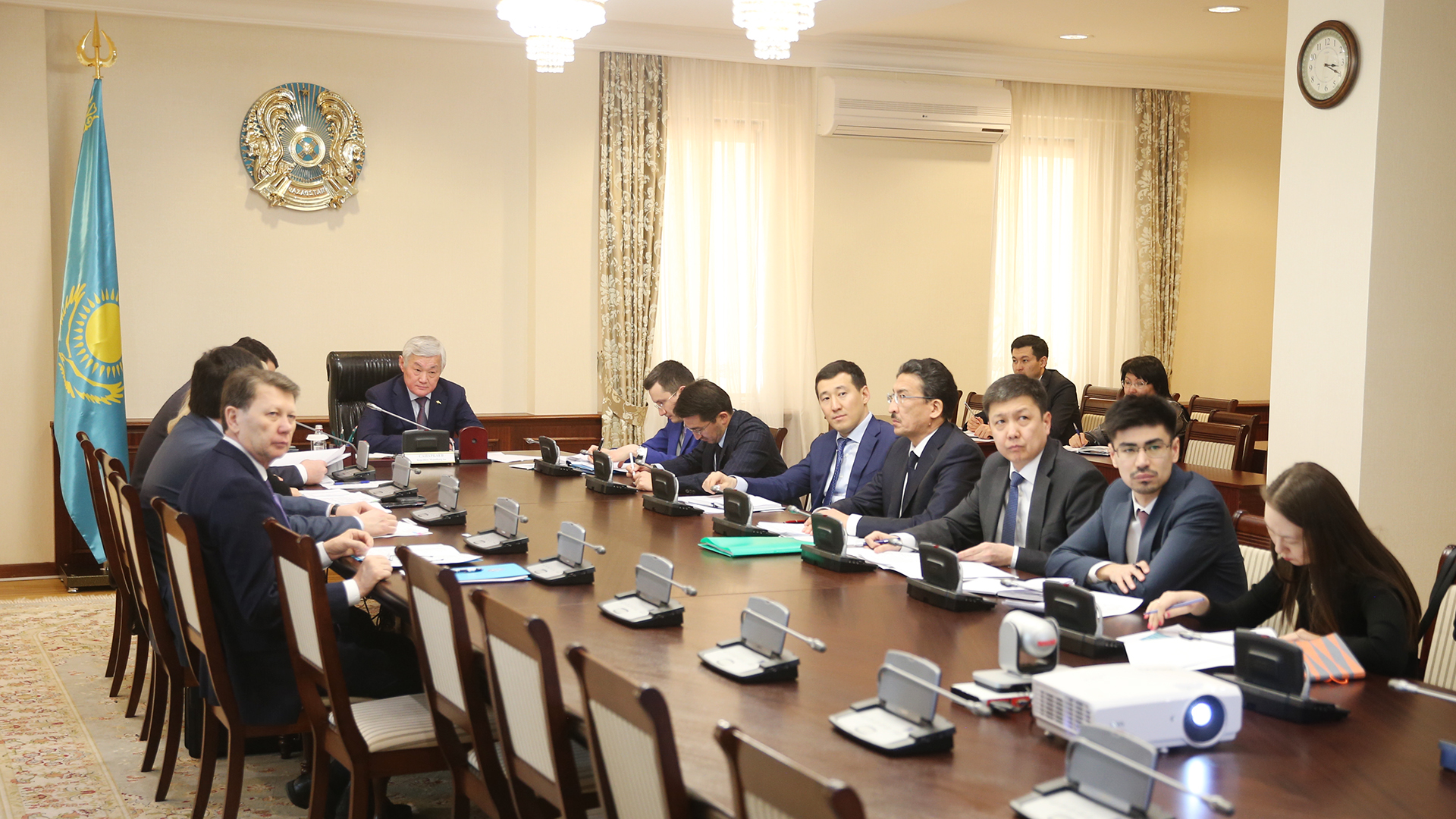 On Monday, Feb. 3 in Ukimet Uyi, the Deputy Prime Minister Berdibek Saparbayev held a meeting on the implementation of public-private partnership projects in the social sphere with the participation of heads of ministries and regional akimats.

Opening the meeting, the deputy prime minister emphasized that the country's leadership pays special attention to the development of public-private partnerships, since it is necessary to attract not only budgetary, but also private investments to develop the economy and industries.

“In 2016-2019, akimats concluded 140 contracts for the implementation of PPP projects for a total of 61 billion tenge. The exception is the East Kazakhstan region and the city of Almaty, where not a single contract has been concluded. In the North-Kazakhstan and Mangystau regions, one project was signed,” he said.

The deputy prime minister pointed out the lag of regions in the procuring medical equipment for oncological services and circulatory system diseases through PPP.

“As President Kassym-Jomart Tokayev noted at the extended Government session, the implementation of PPPs in the field of healthcare and education is poorly conducted. The Ministry of Education does not have a clear vision, understanding of PPP issues, systematic work is not established. The data on the projects of the Kazcenter PPP and the Ministry of Education and Science significantly differ,” he emphasized.

Also, according to the deputy prime minister, projects that do not meet established requirements are issued under the guise of PPP by some regions. In Atyrau, Zhambyl and West Kazakhstan regions, investors did not raise funds in the education system. In Aktobe, Almaty, Kostanay, North Kazakhstan, Kyzylorda regions and the city of Nur-Sultan, the construction of dormitories as part of the Five Social Initiatives is being delayed.

Summing up the meeting, Berdibek Saparbayev gave several specific instructions. In particular, the ministries of healthcare, education and science together with the Ministry of National Economy, akimats were instructed to create a schedule of planned PPP projects with their specific list and monthly implementation period, to establish control online.

“Today, ministries do not analyze the budgetary effectiveness of PPP projects, especially those that are being implemented locally. We must move ‘from quantity to quality.’ The state should give priority to projects that can earn money on their own,” Saparbayev emphasized.

He also focused on the efficient use of funds and the use of standard construction projects.

In addition, the meeting addressed issues of privatization of objects in the social sphere, their transfer to trust management and the creation of supervisory boards.