Following results of 8 months of this year, positive dynamics remains in basic sectors of economy 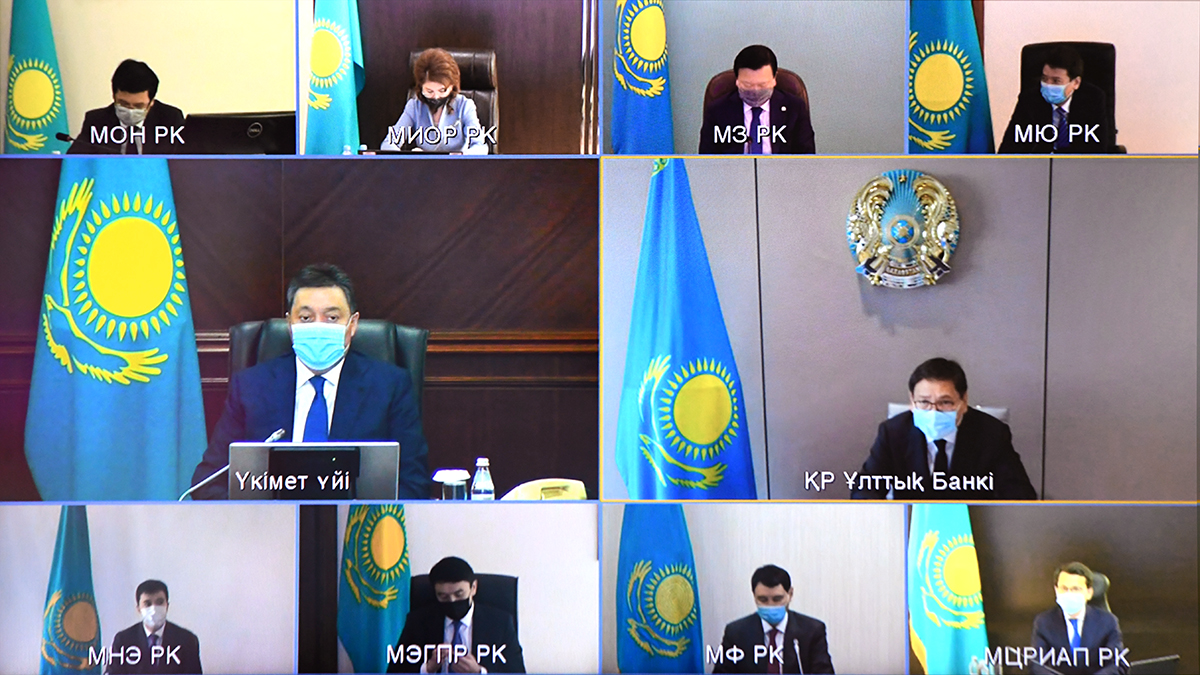 At a government session chaired by Prime Minister Askar Mamin, the results of the country's socio-economic development and the execution of the republican budget for January-August 2020 were considered.

Minister of National Economy Ruslan Dalenov, Chair of the National Bank Erbolat Dossaev, Minister of Finance Yerulan Zhamaubayev reported on the state of the economy, banking sector, execution of the republican budget, local content in public procurement, Minister of Industry and Infrastructure Development Beibut Atamkulov and Minister of Energy Nurlan Nogayev spoke on the state of manufacturing and energy industries, as well as Minister of Agriculture Saparkhan Omarov told about the agro-industrial complex.

Thanks to the measures taken in the basic sectors of the economy following the results of eight months of this year, positive growth dynamics remains. In the manufacturing industry, growth was ensured by 3.3%, of which in mechanical engineering — by 16.3%, food production — by 3.6%, pharmaceuticals — by 34.1%, light industry — by 11%, chemical industry — by 3.1% and production of finished metal products — by 18.8%. Construction volumes increased by 6.5%, housing commissioning — by 6.4%, or about 8.1 million square meters. In agriculture, a steady growth of 4.9% is provided. Gold and foreign exchange reserves as of Aug. 1, 2020, amounted to $35.4 billion, having increased from the beginning of the year by 22.2%.

In the context of the need to fulfill the agreements reached by OPEC +, a decrease in oil production is observed (-2.5%). In other important areas of the mining sector, positive dynamics persist: coal production increased by 1.2%, metal ores — by 1.3%.

At the same time, there is a decrease in indicators in the service sector (-6.1%), including trade and transport. This is due to the fact that tough quarantine measures were lifted only from Aug. 17.

“The regions need to intensify their work to ensure the effective implementation of all tasks set by the Head of State in the Address to the people of Kazakhstan,” Mamin said.

The head of government instructed the heads of central and local executive bodies to ensure the effective use of budget funds, taking measures for their timely and targeted use.