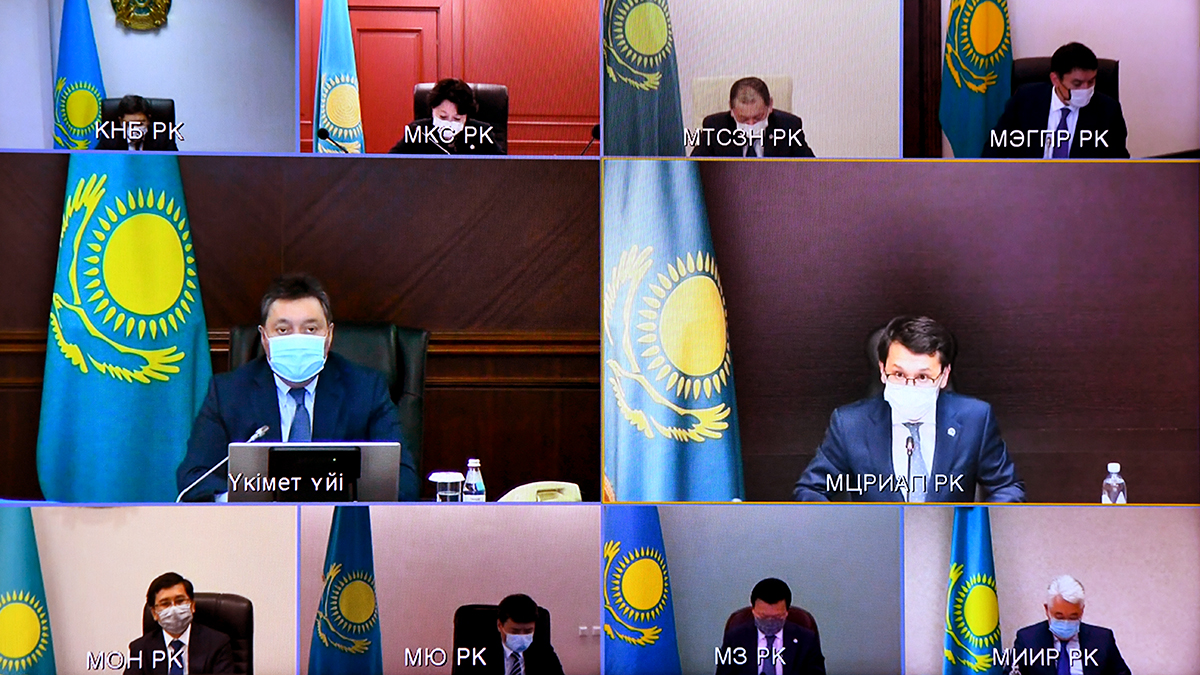 Prime Minister Askar Mamin chaired a meeting of the Commission on Digitalization under the President of the Republic of Kazakhstan. The issues of improving the Digital Kazakhstan State Program, digitalization of the internal affairs bodies and the creation of a digital map of land plots and utilities were considered.

In April 2020, the Head of State instructed to analyze the results of digitalization in a state of emergency and to revise the Digital Kazakhstan program and redistribute the allocated funds.

For solving the task, government bodies, non-governmental organizations, ICT specialists and representatives of the business community have developed 10 priority areas for the updated project of Digital Kazakhstan (previously there were 5). They include the digitalization of the sphere of social relations, the creation of the Industry 4.0 technology platform for energy and industry, AgriTech and Govtech technology platforms, provision of high-quality ICT infrastructure and information security, the implementation of the Smart city technology platform, digital tools to improve the security of citizens, FinTech and e-commerce, the development of artificial intelligence and the creation of an innovative ecosystem.

Particular attention in the updated version of the state program is paid to projects to improve the work of government agencies, healthcare and education systems, expand the capabilities of the FinTech sector, develop a system of smart cities, and develop ICT infrastructure.

As part of the digitalization of police activities, it is envisaged to create a Unified Information and Analytical System and modernize the Situation Center of the Ministry of Internal Affairs, the integration of various channels for receiving citizens' appeals, carpet coverage with a video surveillance system of regional centers, cities of republican significance and the capital, the implementation of the Digital Police project, the creation of an Integrated security systems of institutions of the penal system and the implementation of other measures.

As part of the creation of a national database on the land fund and real estate objects, work is being carried out to form an information system of the Unified State Real Estate Cadastre, to develop a National Infrastructure for Spatial Data and digital agricultural maps.

As a result of the digitalization of land resources, a digital map of open use will be created for the entire territory of the Republic of Kazakhstan, electronic provision of services in the field of land relations and architecture, reduction of the terms for granting rights to land plots from 1 year to 20 days, exclusion of the state certificate, land management project, as well as the land commission.

As a result of the implementation of the state program, by 2025, it is planned to transfer 100% of public services to the online format, bring the volume of investments in digitalization to 500 billion tenge, the volume of IT and electronics industry exports — up to 200 billion tenge, and promote the creation of over 1,000 new innovative companies. and training 100 thousand IT professionals.

The prime minister instructed to submit a draft of the updated version of the State Program Digital Kazakhstan for consideration at a meeting of the Government.