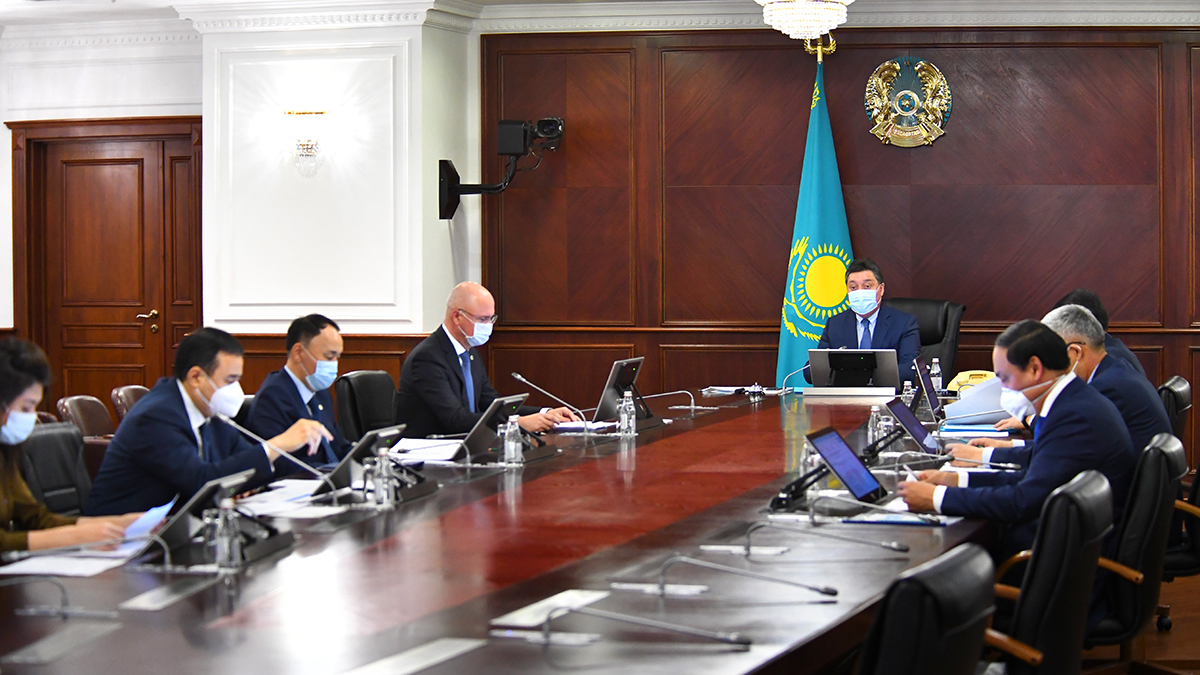 Askar Mamin chaired a meeting of the Project Office on Entrepreneurship.

The meeting was attended by members of the Government, representatives of the Presidential Administration, regional akims, management of SWF Samruk-Kazyna JSC, NCE Atameken, JSC NMH Baiterek, FRP Damu, Agrarian Credit Corporation, Associations financiers of Kazakhstan, chairs of regional chambers of entrepreneurs and others.

The Head of Government presented the draft Interactive economic map of regions, which allows to determine their production specialization, to analyze the effectiveness of state support measures in the context of regions, industries and specific state programs.

The most complete data for the Interactive Economic Map were provided by the akimats of Kostanay, Karaganda regions and the city of Shymkent; the Zhambyl, Turkistan, Mangystau, East Kazakhstan regions and Nur-Sultan city are not actively working on the issue.

“The interactive economic map of the regions should become the basis for preparing regional development programs for 2021-2025. Data should be kept up to date on a periodic basis. The project office should define an exhaustive list of indicators for akimats and development institutions,” Mamin said.

On Oct. 1, 2020, the 6th package of amendments to the Economy of Simple Things program came into force, which are designed to provide significant support in the recovery of economic activity.

Thus, the inclusion of the Development Bank of Kazakhstan as the operator of the Program will allow financing infrastructure projects aimed at import substitution. It is envisaged to reduce the terms of consideration and issuance of guarantees of the Damu Fund from 25 to 15 working days. For projects in the field of the agro-industrial complex, a guarantee mechanism of the Fund for Financial Support of Agriculture was introduced in the amount of 50 to 85%.

As of Oct.19, 2020, 2,492 projects worth 603 billion tenge were approved under the concessional lending program of Economy of Simple Things, 2,192 projects were subsidized for the amount of 364.5 billion tenge. The city of Almaty, Kostanay and East Kazakhstan regions became the leaders in the development of new projects, the lowest indicators were recorded in Akmola, Mangystau and West Kazakhstan regions.

According to the instructions of the Head of State on the implementation of digital control of counter obligations of business, the prime minister instructed to work out the issue of introducing appropriate amendments to the legislation within a month.

“State support should be aimed at obtaining the maximum effect. Therefore, it is necessary to control the counter-obligations of the business. First of all, in terms of maintaining employment, increasing taxes and production volumes,” Mamin said.