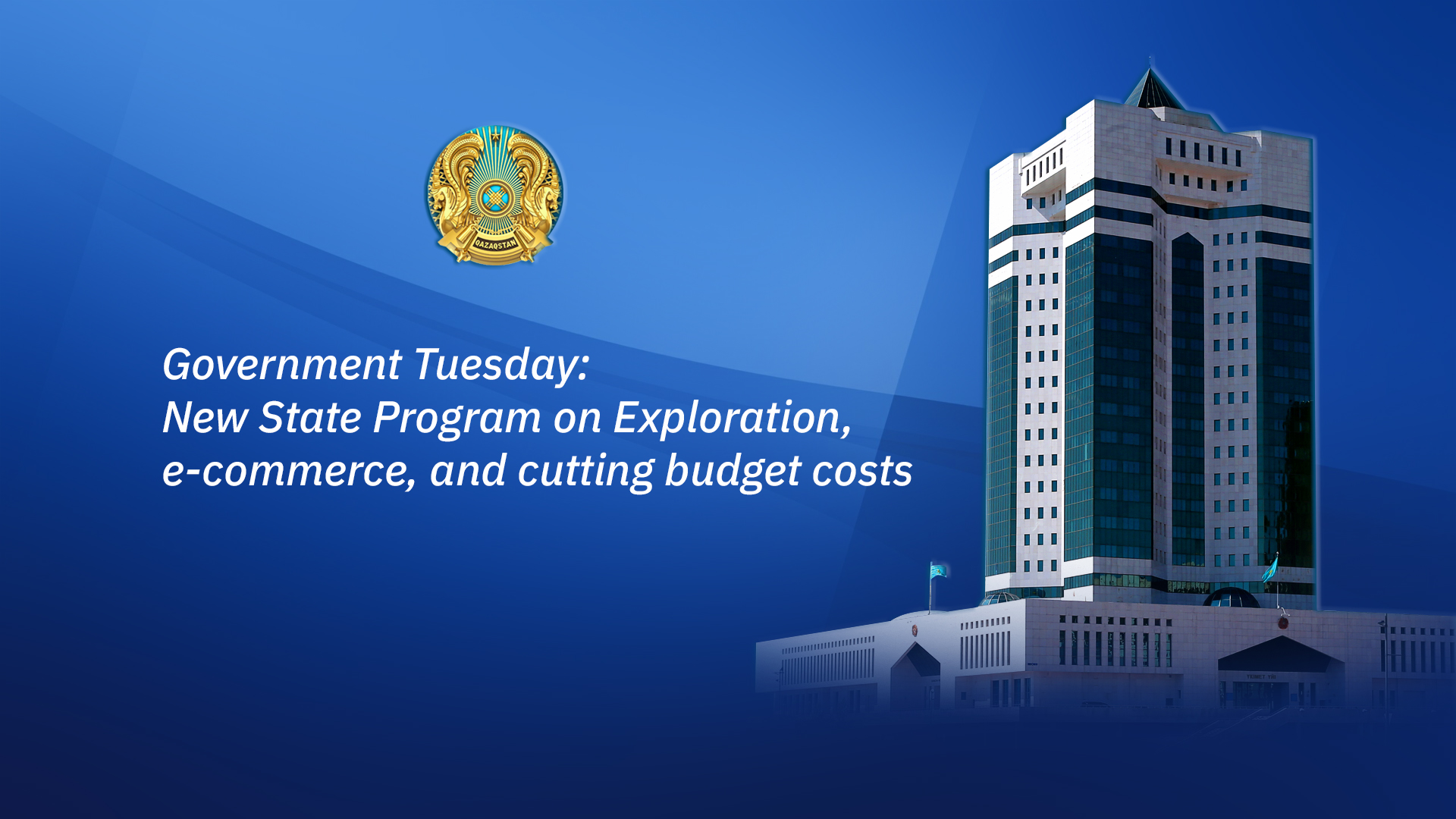 At the Government session on Tuesday, Feb. 18, 2020, the concept of the State Geological Exploration Program for 2021-2025, the issues of electronic commerce development were considered, and measures to reduce non-priority budget expenditures were also discussed. On the sidelines, journalists received answers to questions about the current situation on coronavirus. 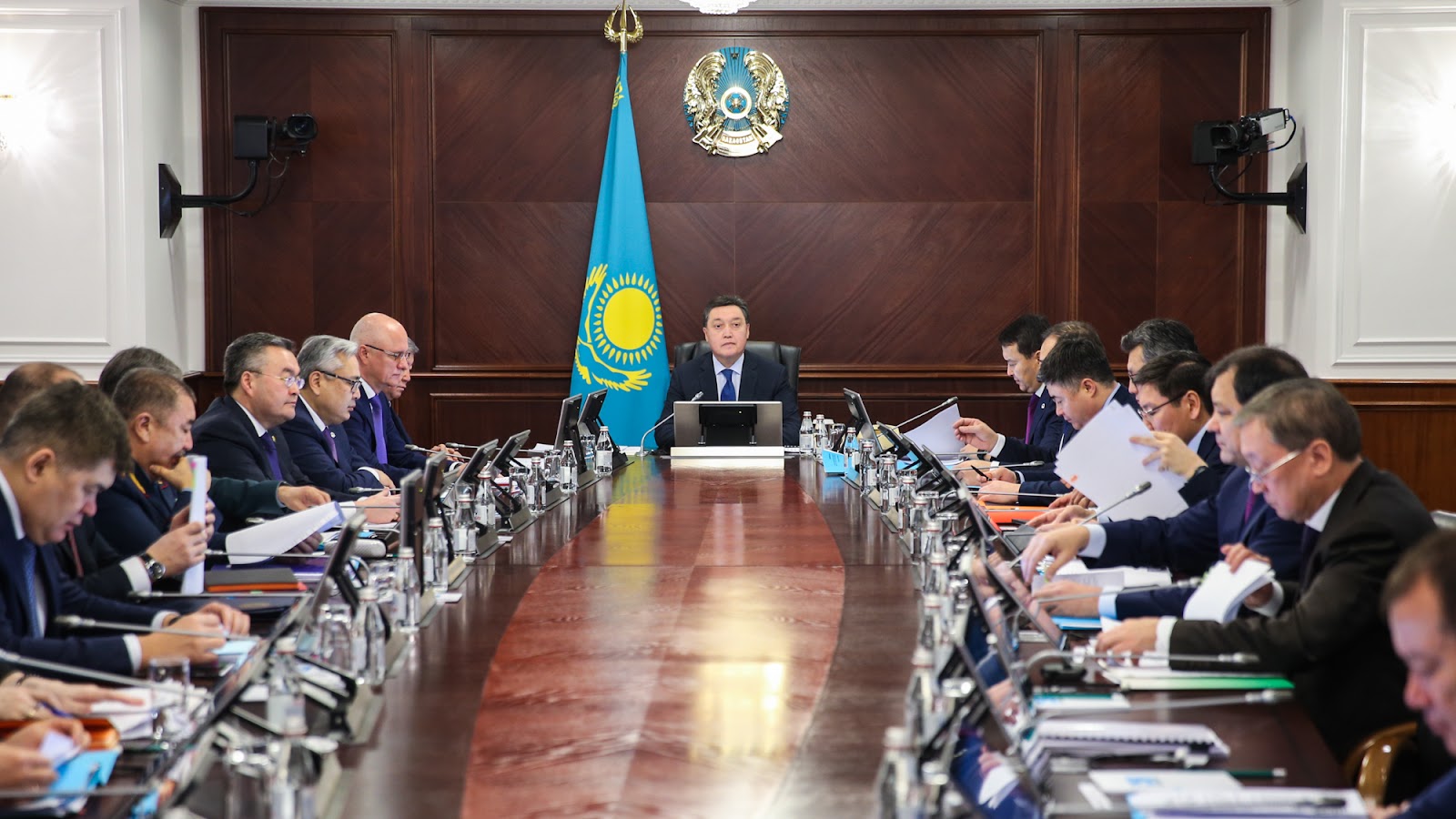 During the consideration of the first issue, the prime minister was informed that the state exploration program being developed for 2021-2025 will be aimed at ensuring geological exploration of the country's territory, replenishing the mineral resource base, scientific and research support for geological exploration of mineral resources, automation and digitalization, infrastructure development and staffing of the geological industry, as well as ensuring the socio-economic well-being of the country's population.

According to the Minister of Ecology, Geology and Natural Resources Magzum Mirzagaliyev, it is planned to allocate about 200 billion tenge from the state budget for the implementation of the state program, as well as attract about 800 billion tenge of private investment. 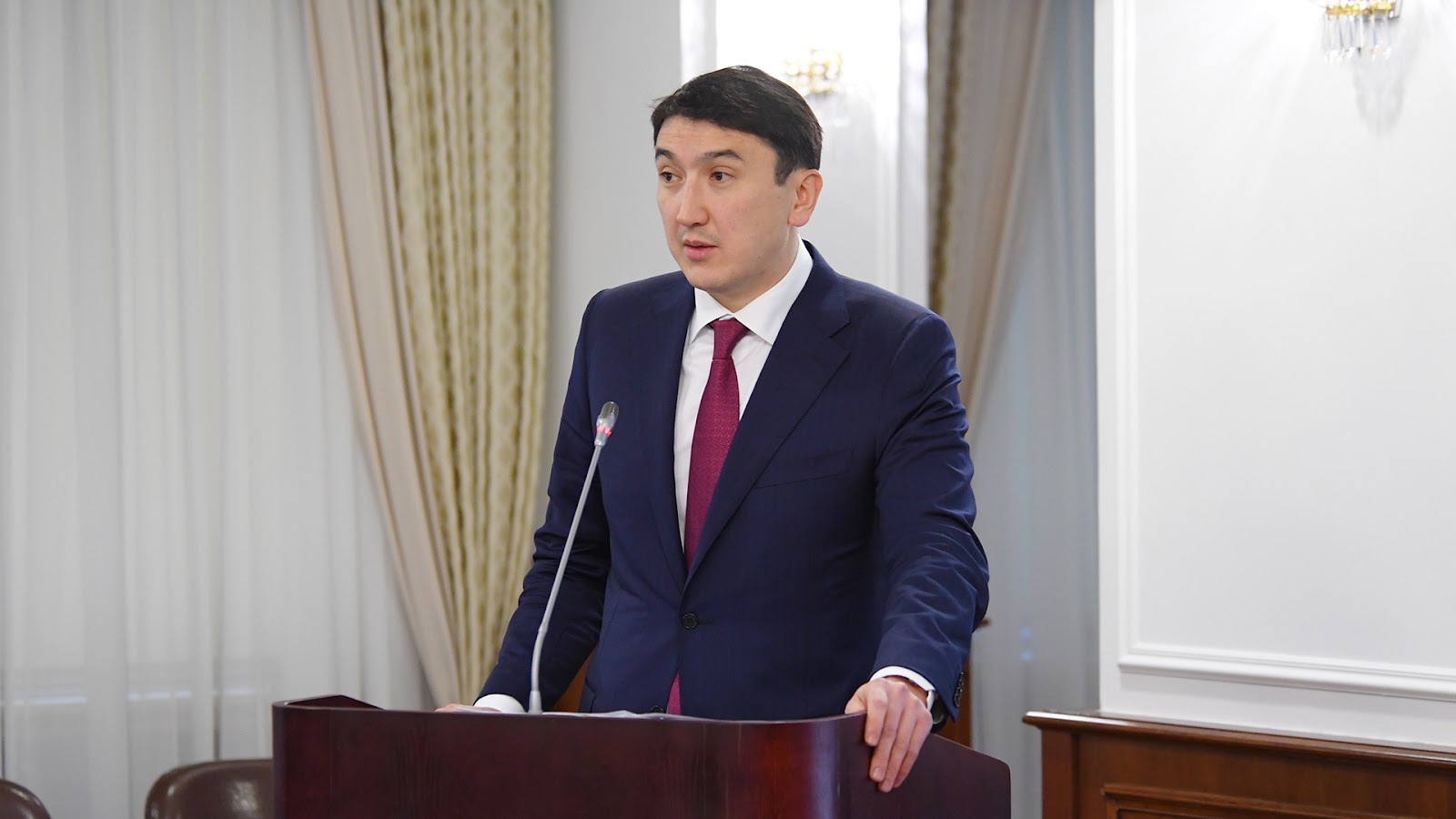 The President of the Kazakhstan Society of Petroleum Geologists Baltabek Kuandykov made a report on the relevance of the issue and approaches to the development of exploration in the Republic of Kazakhstan. 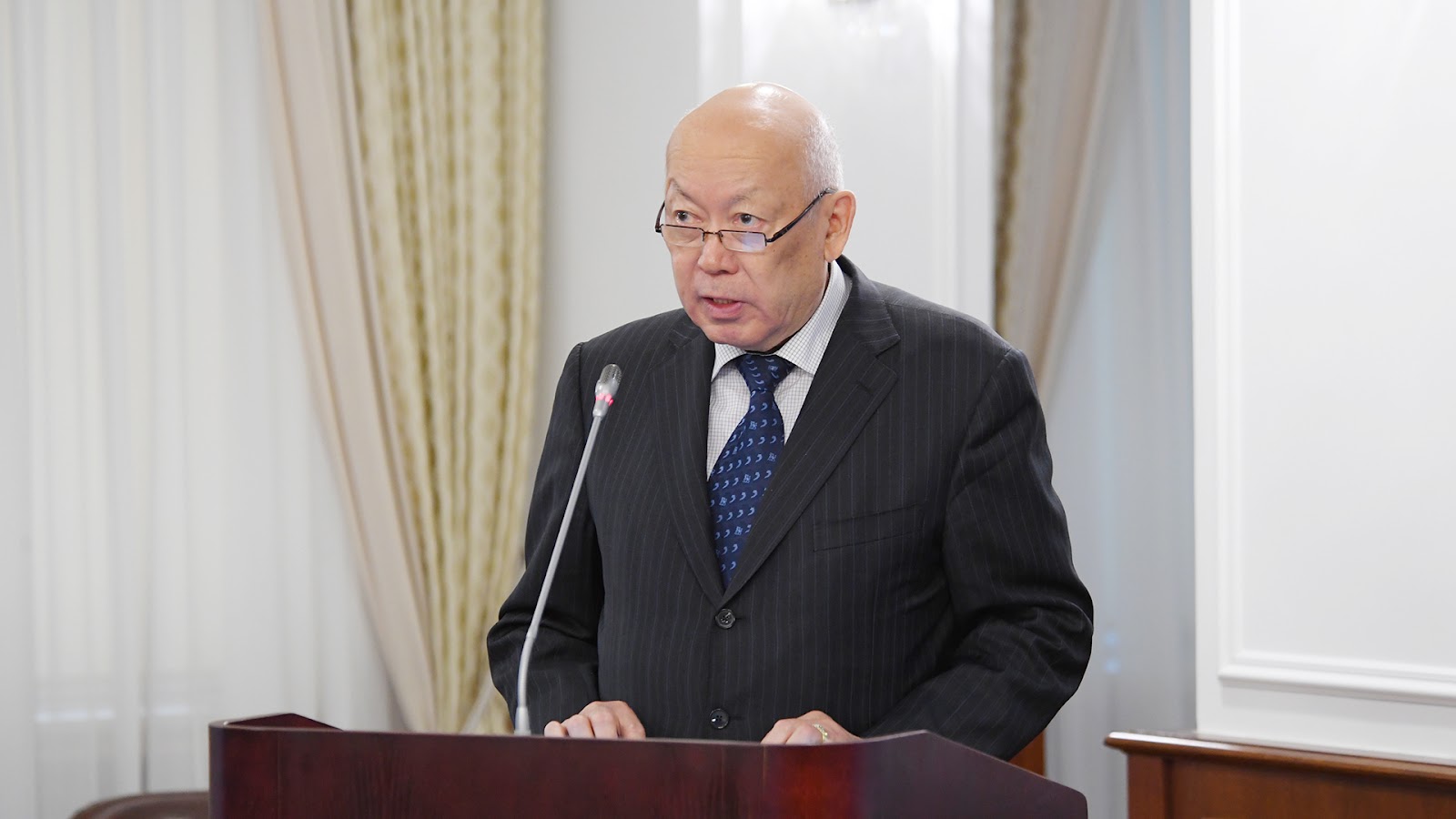 According to him, the Concept takes into account that the oil and gas and metallurgical industries, the basis of which is the mineral base, are basic for the republic. The threat of curtailing the oil and gas industry in some regions of the country may arise in the next 10-15 years. It is important now to purposefully increase exploration work, to develop deep horizons.

General Manager of Commercial Affairs of Shell Kazakhstan Aidan Murphy said that Shell fully supports the task set by Kazakhstan to create conditions for sustainable replenishment and development of mineral and oil and gas resources. 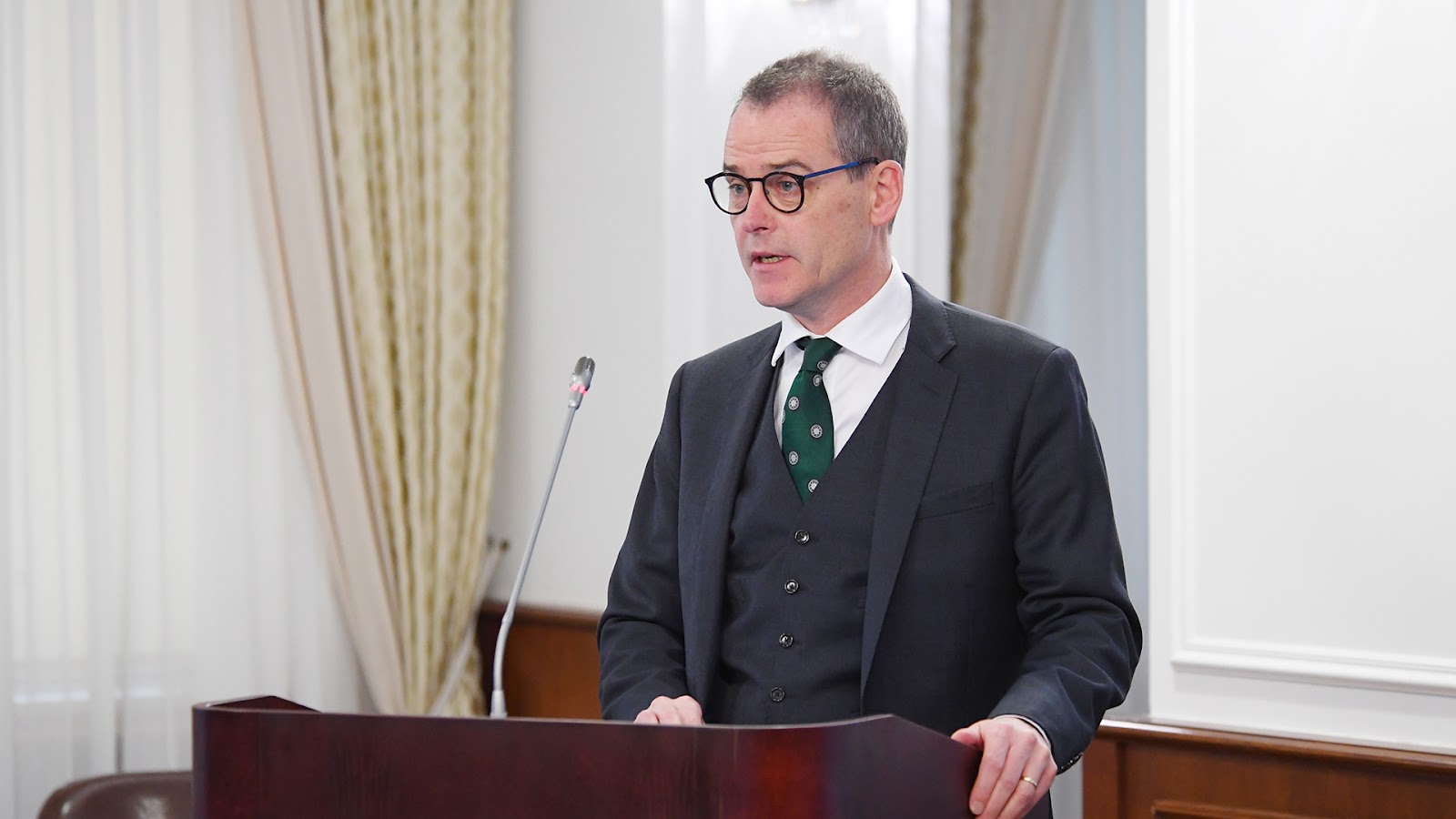 “It is very important for us that the Concept reflects the Government’s task of improving the regulatory framework of subsoil use in terms of guaranteeing the observance of the rights of investors, protecting their capital investments, as well as simplifying administrative procedures, for example, in terms of introducing the principle of ‘one window’ for investors,” said Murphy.

According to him, Kazakhstan has the potential to improve its position among the largest oil and gas producing countries, which, in turn, will require attracting significant investments in active exploration work with the introduction of the best advanced technologies. 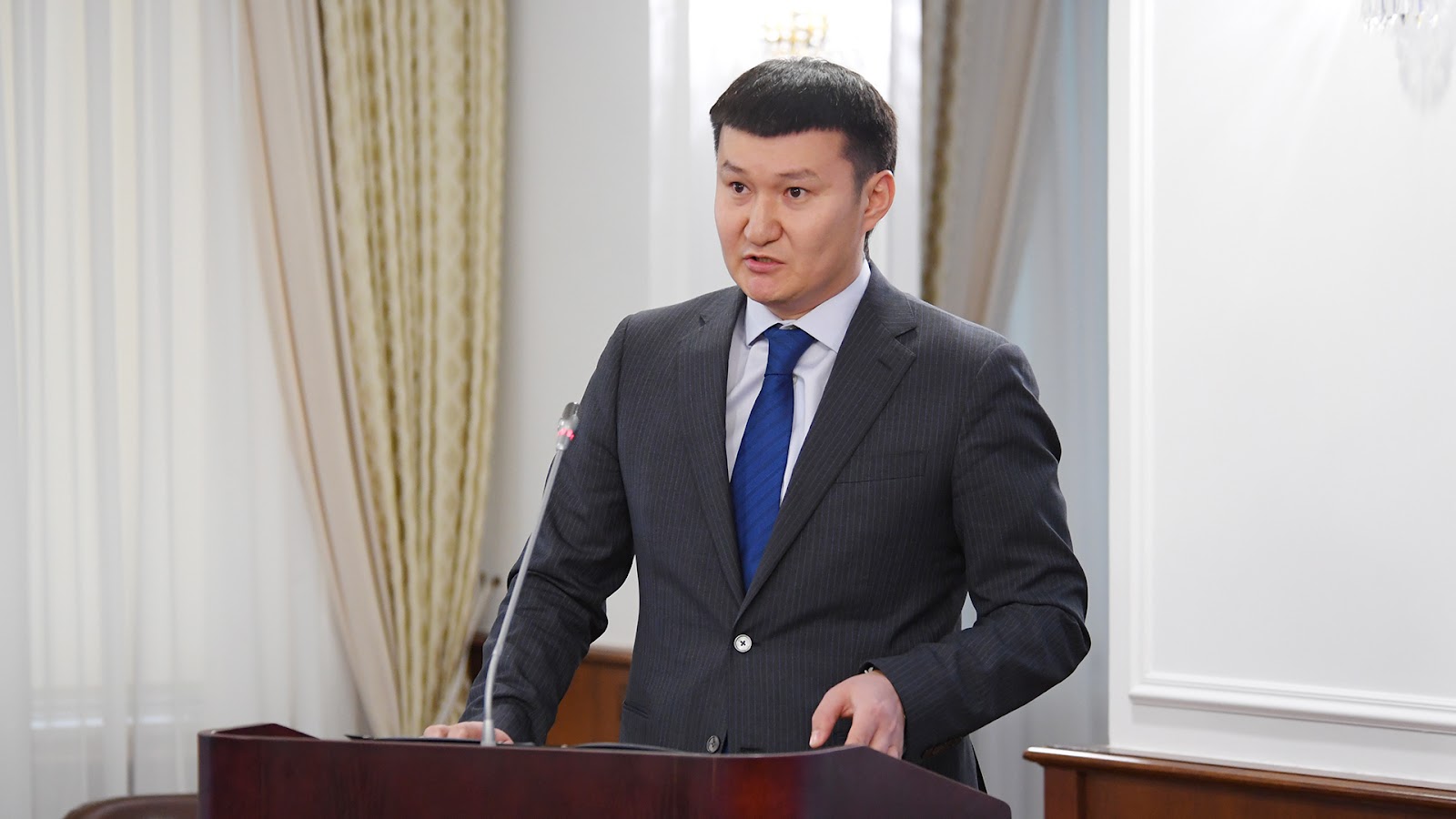 General Director of Kazakhmys Barlau Galym Nurzhanov informed that the main industrial facilities of Kazakhmys are located in the districts of Zhezkazgan, Satpayev and Balkhash single-industry towns, the vital activity and development of which directly depends on the success of exploration activities and investments made in it. So, since 2015, Kazakhmys invested about 11 billion tenge in exploration.

Chairman of the Board of JSC Sovereign Wealth Fund Samruk-Kazyna Akhmetzhan Yessimov expressed support for the development of this concept, noting that the mechanism for organizing the national operator should be taken into account when working on the bill. 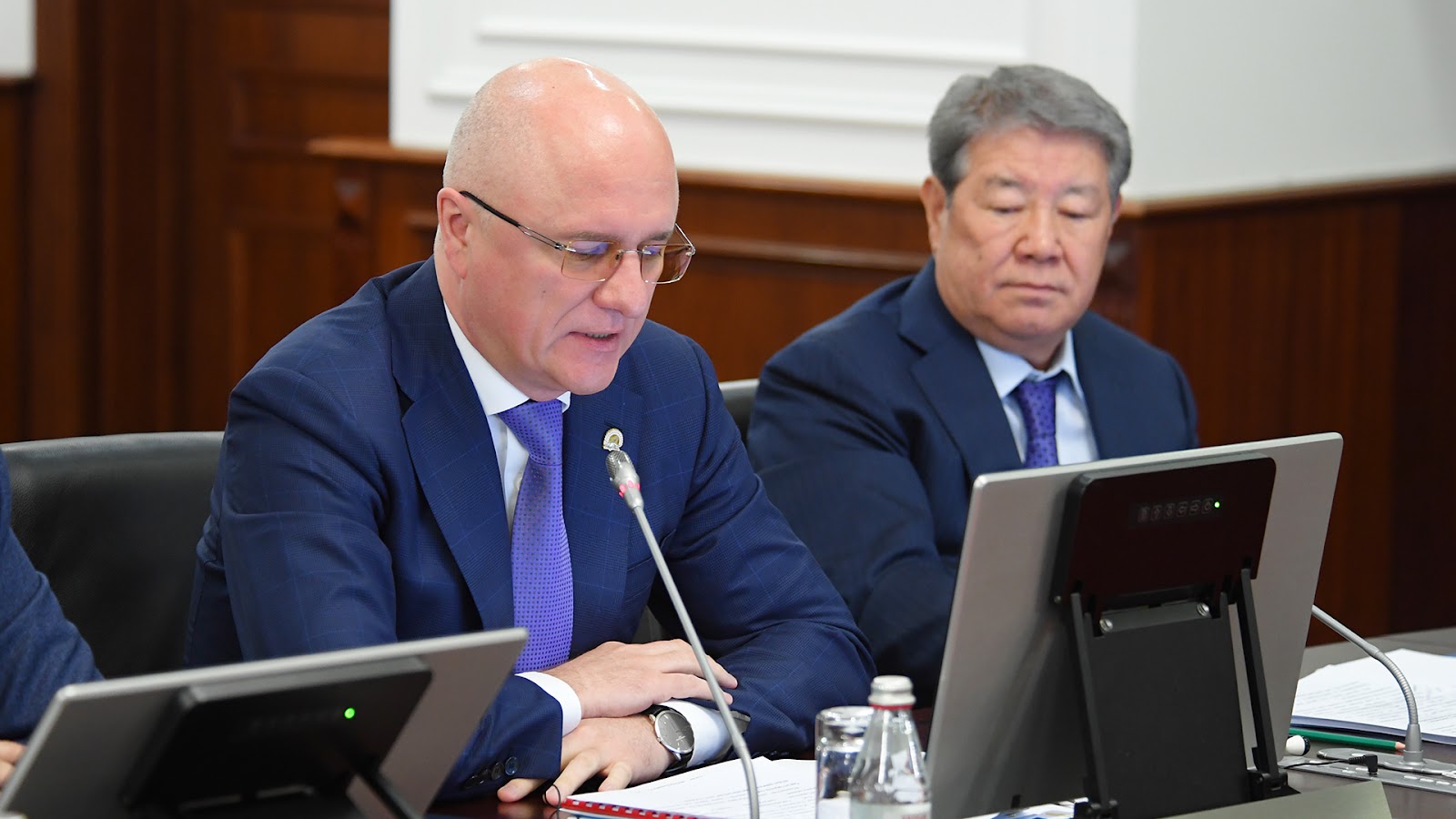 In turn, the Deputy Prime Minister Roman Sklyar said that an analysis of the current state of the mineral resource base of the republic has already been carried out. Based on international experience, the priority areas of exploration were proposed with a clear vision of the expected results from the necessary investments and expenses.

“In general, the planned concentration of exploration in single-industry towns. This will be done by expanding the mineral resource base of city-forming industrial enterprises, in order to preserve the jobs of local residents. The concept was considered in the Government with the invitation of the deputies of the Parliament. All proposed areas of the Concept correspond to the main areas of economic development. If implemented correctly, the Concept will make a significant contribution to the development of the republic,” said Sklyar.

Having listened to the speakers, the Prime Minister emphasized that the effective implementation of the State Geological Exploration Program will allow attracting additional private investments of up to 4 tenge per 1 invested tenge.

Replenishment of the country's mineral resources base, in particular, near single-industry towns, will have a positive impact on the economy and become a real basis for the development of industries. The prime minister instructed the Ministry of Ecology, Geology and Natural Resources by May 31, 2020. ensure the introduction of the draft state program in the Government.

On the second issue — the development of electronic commerce, Askar Mamin was informed by the Minister of Trade and Integration Bakhyt Sultanov. 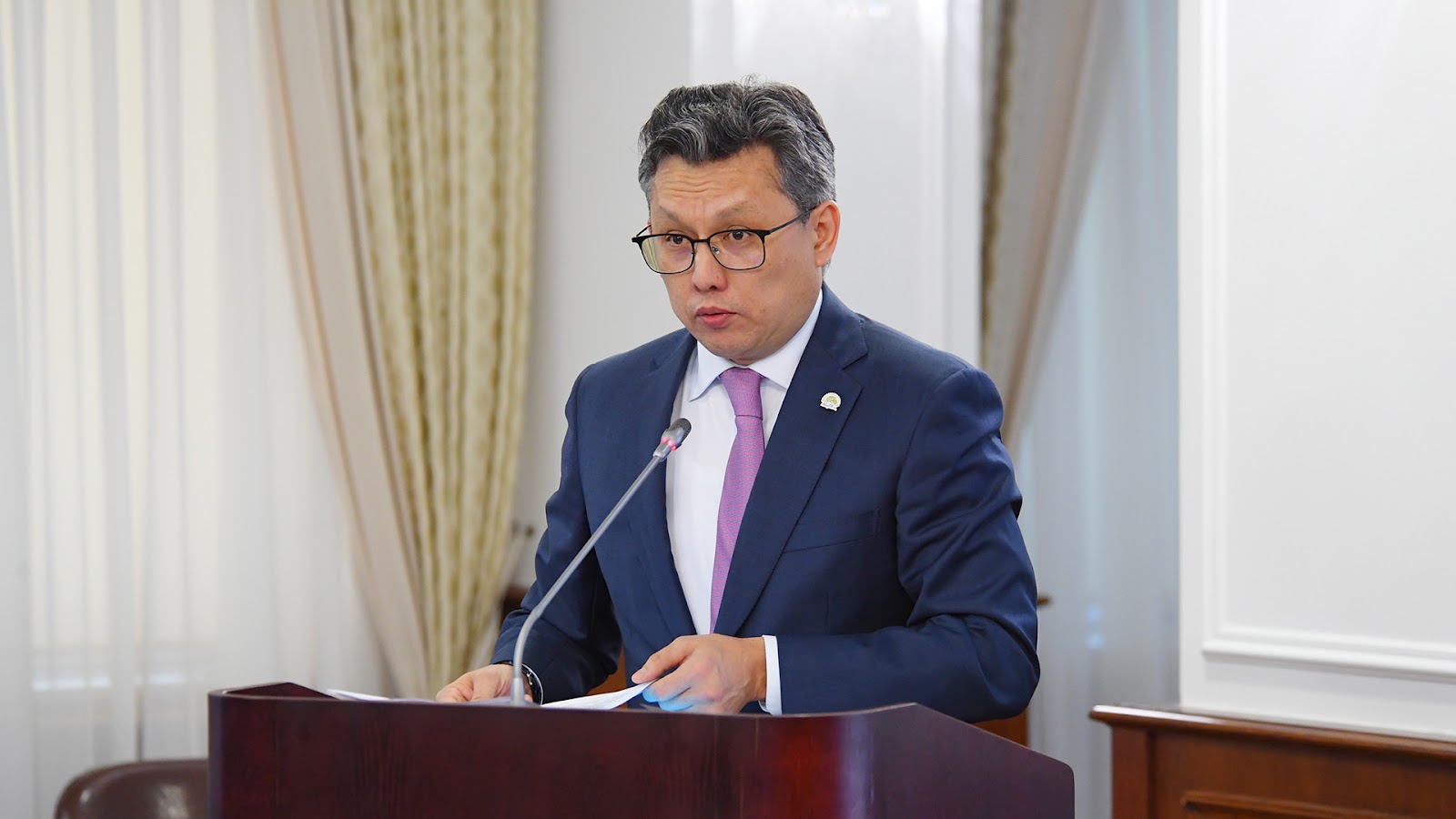 According to him, the volume of the e-commerce market of Kazakhstan only in 2019 increased by 1.8 times and exceeded 700 billion tenge.

“The number of purchases increased to 40.5 million units. At the same time, the main growth — more than 2.5 times — occurred in the domestic market, amounting to 22 million parcels,” Sultanov informed.

Another trend in e-commerce is shopping primarily through smartphones. The proportion of customers who place orders using smartphones worldwide is 54%. In Kazakhstan, this indicator approached 65%. 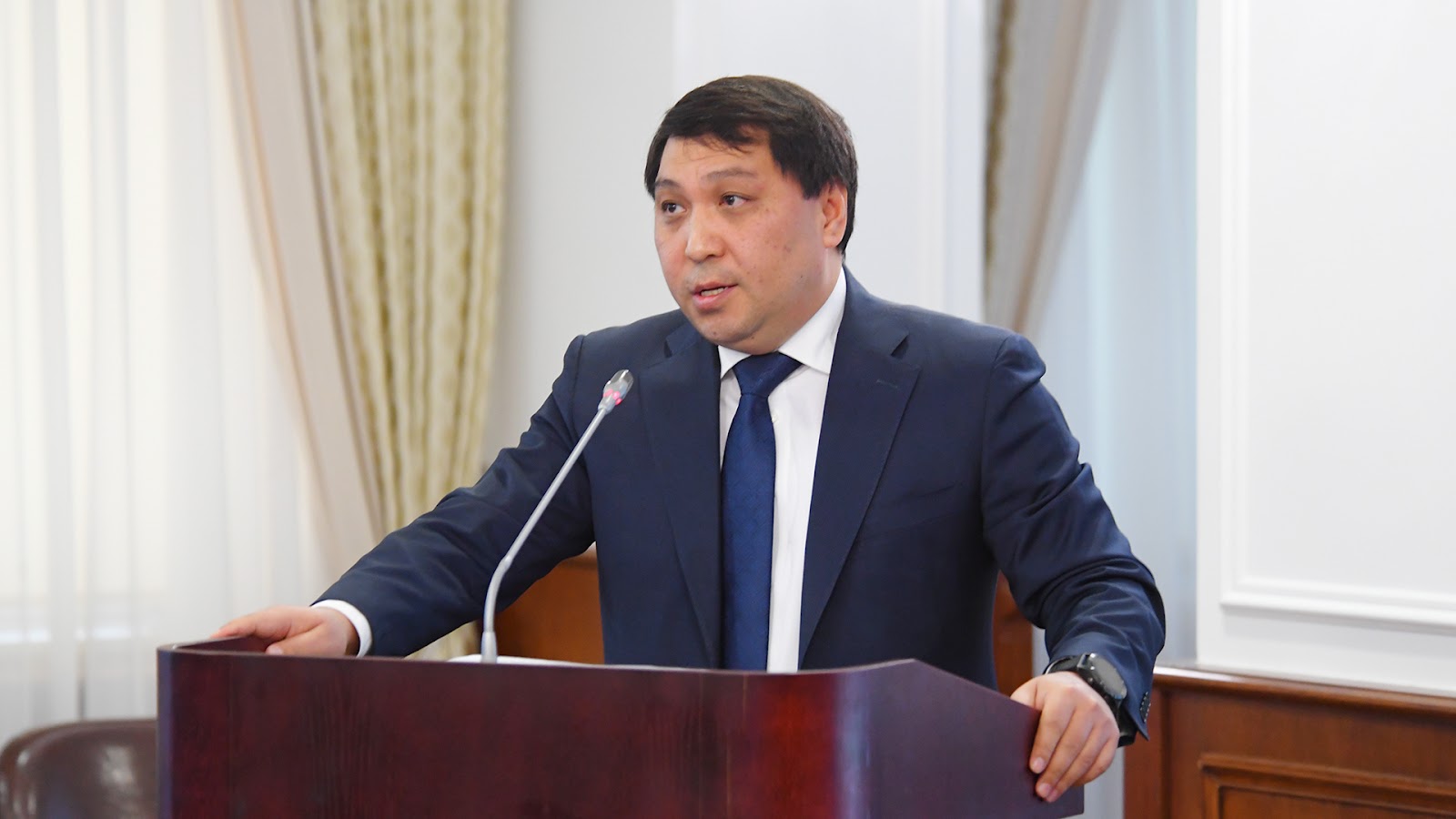 Minister of Digital Development, Innovation and Aerospace Industry Askar Zhumagaliyev reported on the creation of conditions in the digital space. So, currently 117 cities and more than 3,100 villages with a population of more than 250 people are provided with broadband Internet. By the end of the year, it is planned to cover more than 1,000 villages with a population of over 250 people with high-speed mobile Internet. Last week, telecom operators signed a memorandum on the joint creation of a mobile communications network. The project, which is important for the country, will be implemented by operators at their own expense.

Askar Mamin instructed to develop measures to expand the export of Kazakhstani products through electronic platforms, to work out mechanisms for developing infrastructure, to continue work on training and advanced training in demanded specialties and to focus on educating entrepreneurs on aspects of effective electronic commerce. It was also instructed to update the Roadmap for the development of electronic commerce adopted by the previous year in the last year to 2025.

The final topic of discussion of this agenda was the issue of reducing non-priority expenditures of the public and quasi-public sectors.

The First Deputy Prime Minister – Minister of Finance Alikhan Smailov reported on the work being done in this direction. 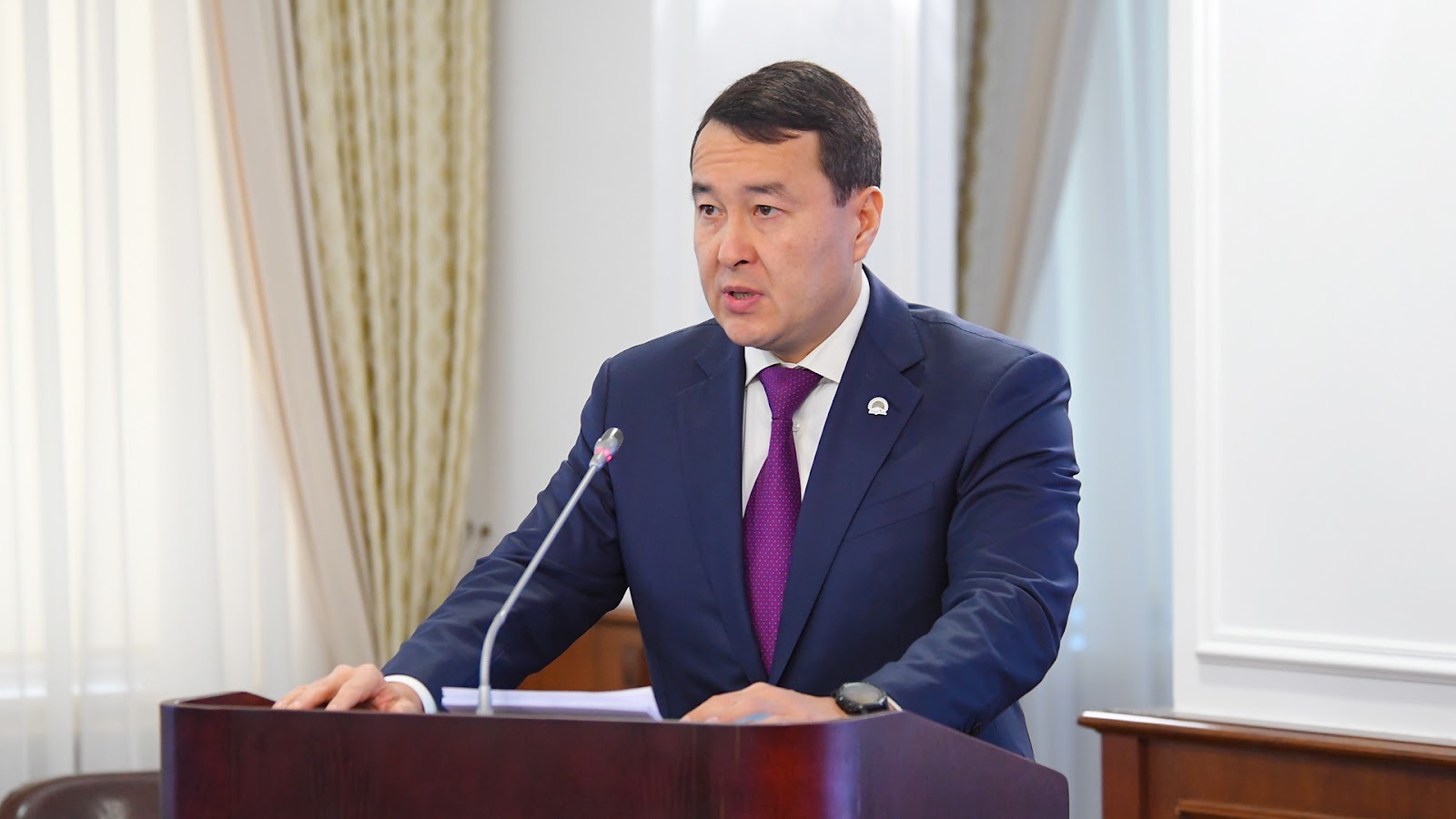 According to the state budget, optimization was proposed for the costs of seminars, conferences, the purchase of vehicles, furniture in the amount of 4.2 billion tenge, travel, hospitality, analytical research — 15.7 billion tenge, other unproductive expenses — 29.7 billion tenge.

Askar Mamin noted that akimats need to make decisions on the expenditures of local budgets through maslikhats of the corresponding levels of budgets to reduce these costs.

The Head of Government instructed the heads of national holdings and companies to take appropriate corporate decisions in the framework of boards of directors and board meetings to reduce proposed costs.

On the sidelines, the Minister of Healthcare Yelzhan Birtanov reported on the condition of Kazakhstanis on board a quarantined liner off the coast of Japan. 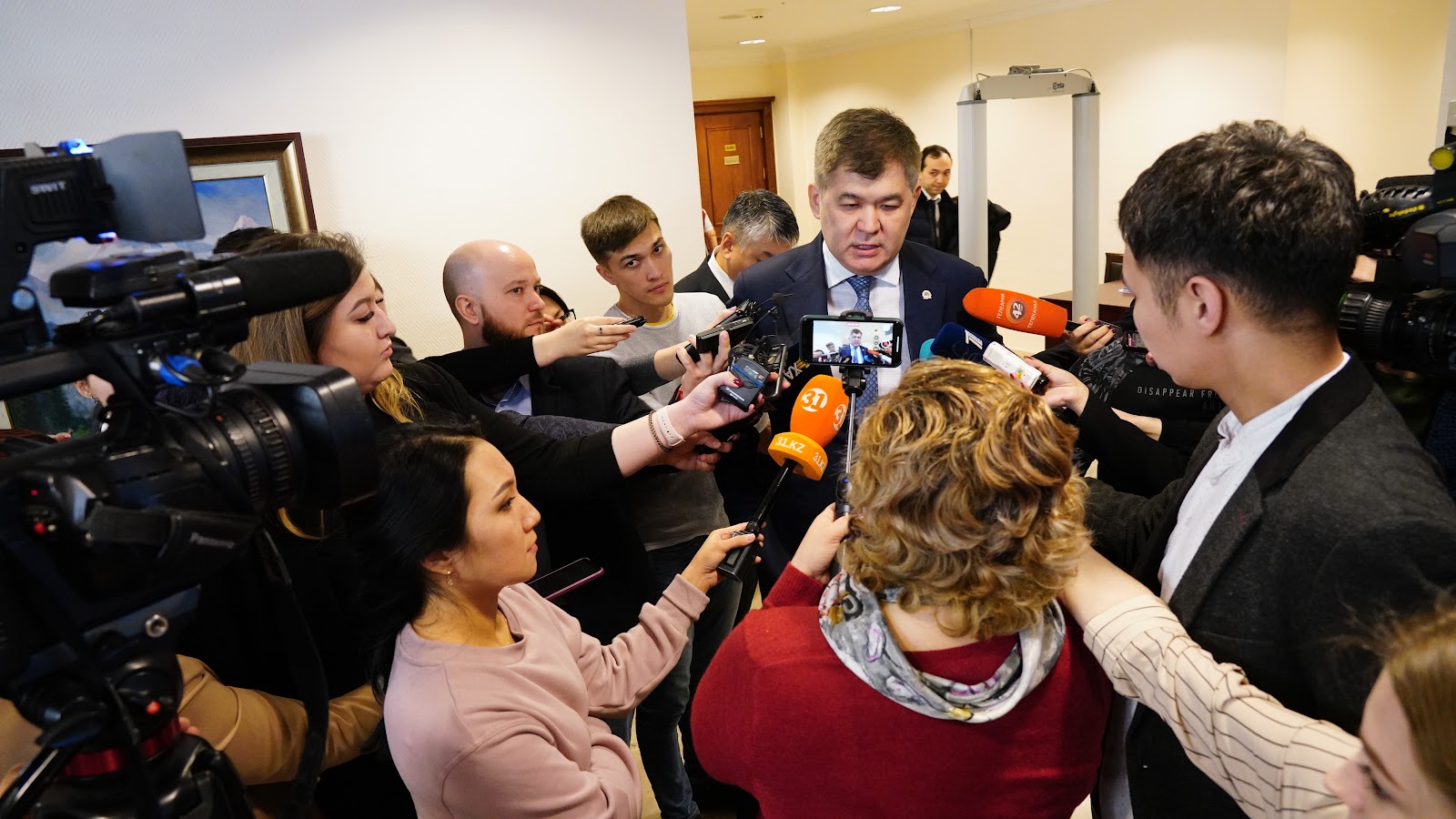 “We are in touch with the Japanese Ministry of Health. According to them, there is currently no information that they are infected. There is also a direct connection with our citizens. They feel good, there are no patients among them. We are currently working with the Ministry of Foreign Affairs on the issue of returning our citizens to Kazakhstan,” the minister of healthcare said. 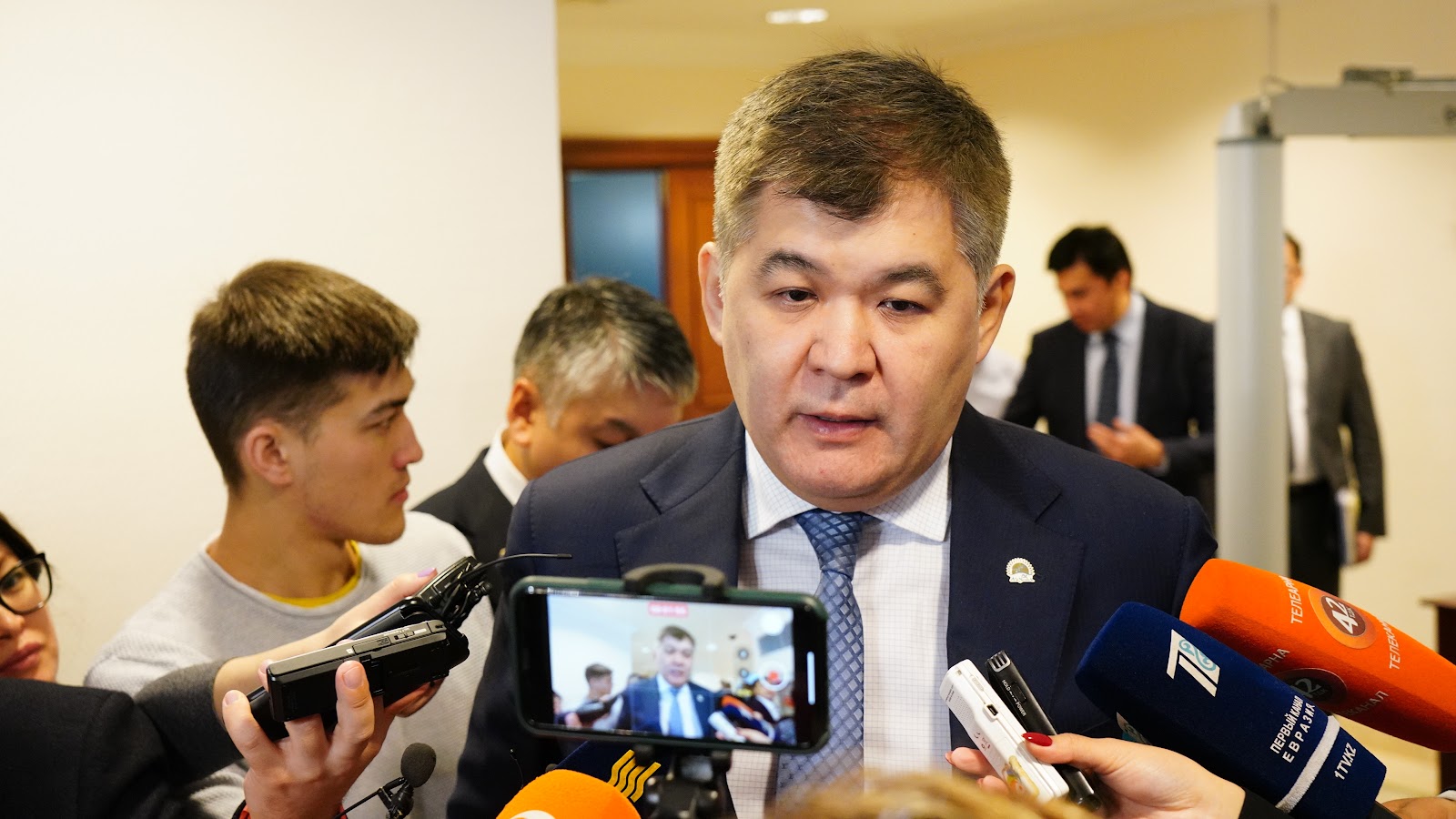 Birtanov also answered journalists' questions regarding the distribution of funds allocated from the state budget for the fight against coronavirus.

“About 1 billion tenge will go to medical care and sanitary protection as part of the sanitary service. This is the purchase of protective materials, personal protective equipment, laboratory and diagnostic tools, some equipment, including thermal imagers and the evacuation of citizens. Part of the money goes to help the regions. This is at the additional request of local health departments to protect health workers, providing personal protective equipment to local hospitals and clinics. Part of the funds is providing protection to other state bodies,” the minister explained.

In turn, the official representative of the Ministry of Foreign Affairs Aibek Smadiyarov said that after quarantine, Kazakhstanis on board the ship in Japan will be able to return home on their own. 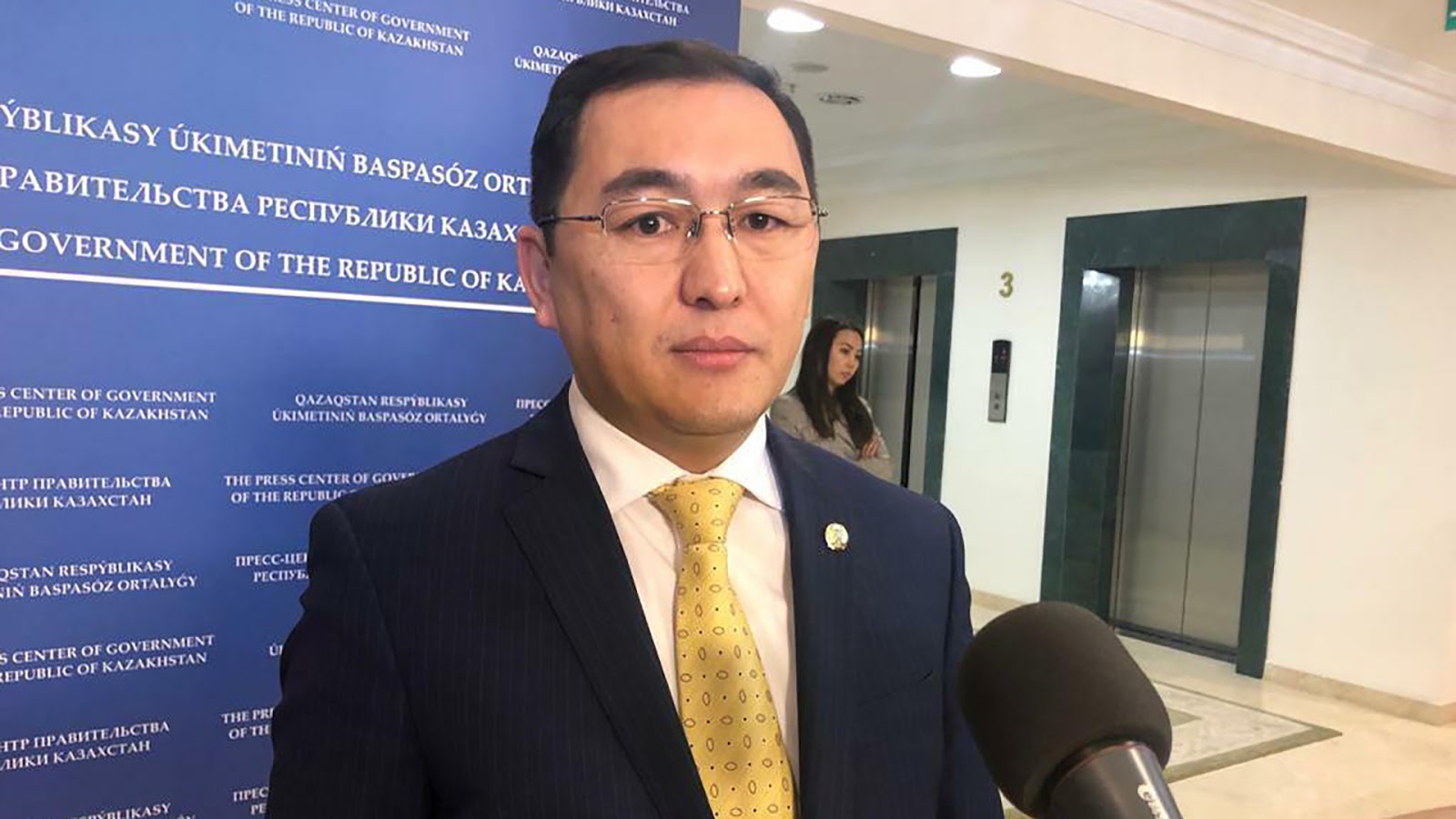 “Since the ship has entered quarantine mode, movement is accordingly limited. They are in their cabins, provided with all necessary medical supplies, as well as adequate nutrition. We constantly keep in touch with them. After quarantine ends during the descent of people to land, another survey will be carried out. Japanese authorities intend to test every person. If the coronavirus is not found in our citizens, then they will be able to return to their homeland on their own,” Smadiyarov informed.