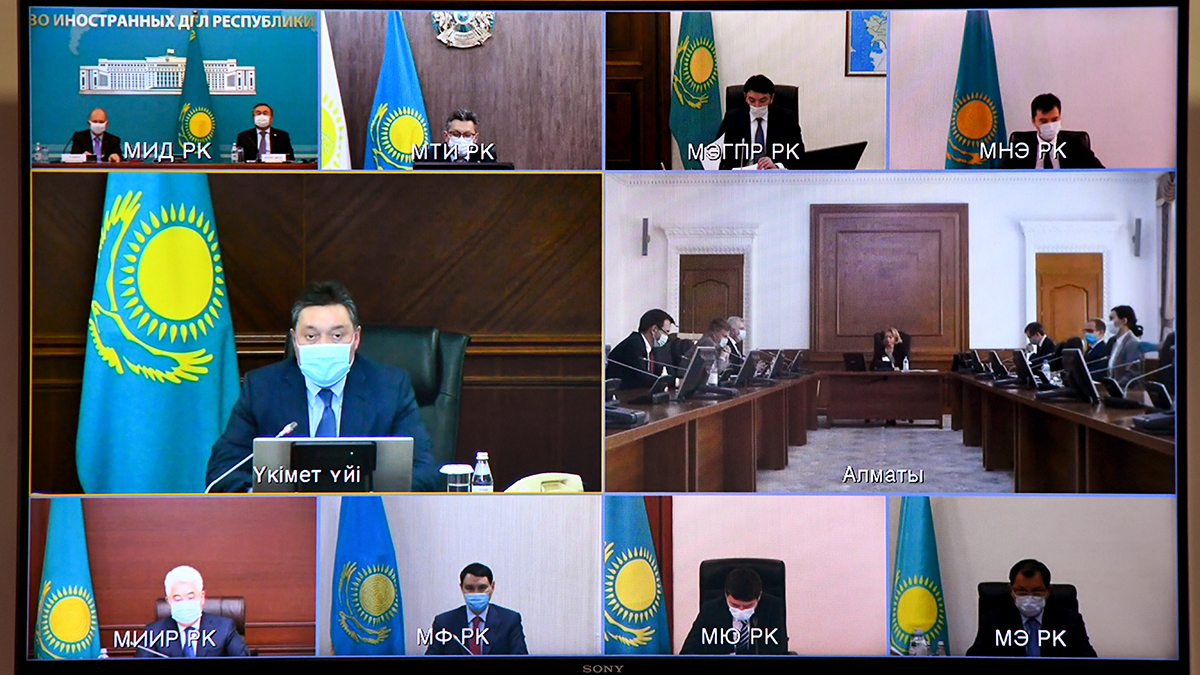 At a meeting of the Council of Improving the Investment Climate chaired by Prime Minister Askar Mamin, issues of economic recovery in Kazakhstan in the post-pandemic period were considered.

Minister of National Economy Ruslan Dalenov made comments on the investment policy of the Republic of Kazakhstan and the anti-crisis measures taken.

“The anti-crisis measures taken by the Government helped to smooth out the economic recession due to the pandemic — positive dynamics have been preserved in the real sector of the economy, in particular, construction (10.5%), agriculture (5%) and manufacturing (3.3%),” he said Mamin.

The prime minister stressed that leading international financial institutions, including the European Bank for Reconstruction and Development, the Asian Development Bank, the International Monetary Fund, as well as rating agencies Moody’s, Fitch, and Standard & Poor’s confirmed positive forecasts for the development of the economy of Kazakhstan.

The prime minister noted that in order to ensure further economic growth and the formation of groundwork for its high-quality and sustainable development in the context of a new post-pandemic reality, the Strategic Development Plan of Kazakhstan until 2025 was developed. At the same time, the Government will implement a new concept for attracting foreign capital.

“One of the principles of this work will be a targeted approach to investors at each stage of preparation and implementation of projects,” Mamin said.

The prime minister noted that Special Investment Agreements will be signed, which will provide differentiated "packages" of support for each strategic investor.

“Attracting investment is a key aspect of our new economic model. We will ensure the effective implementation of recommendations for further strengthening the international position of Kazakhstan as a reliable and predictable investment direction,” Mamin summed up.