Under Industrialization Map in Kazakhstan, 206 projects worth 1 trillion tenge to be introduced in 2020 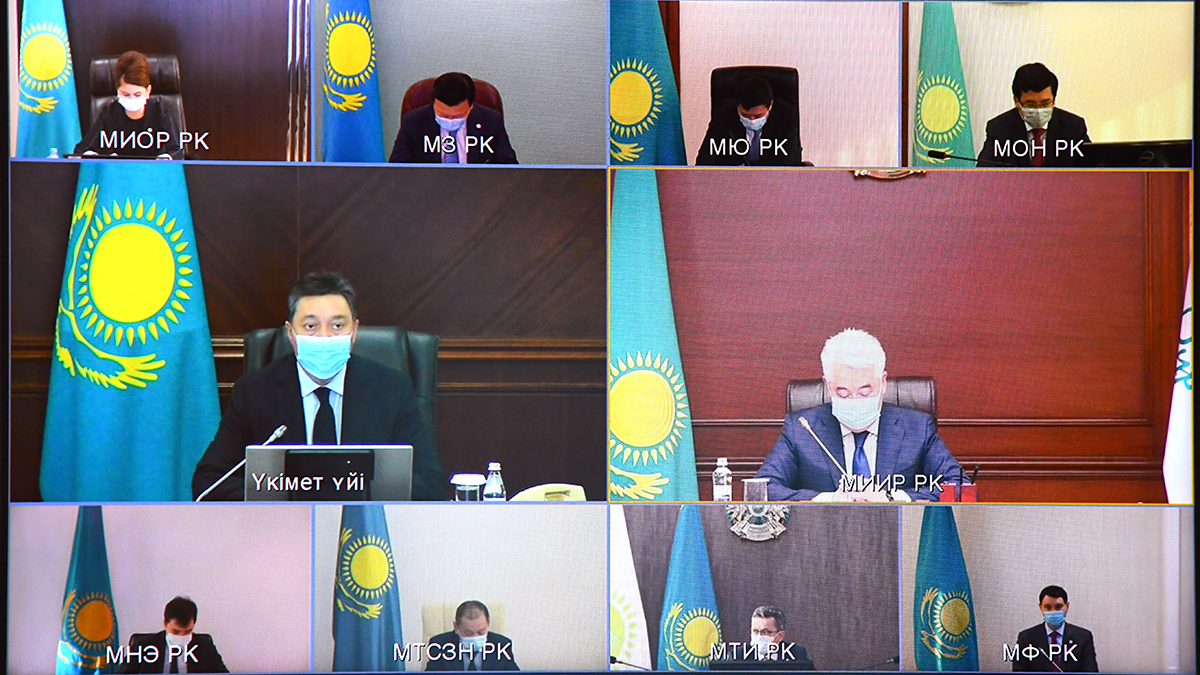 At the government session chaired by the Prime Minister Askar Mamin, the implementation of the Industrialization Map within the framework of the State Program for Industrial and Innovative Development for 2020-2025 were considered.

Despite the difficult conditions of the pandemic and the global recession in the economy, for 8 months of this year, positive dynamics developed in the manufacturing industry, the growth was 3.3%. This year, within the framework of the Industrialization Map, it is planned to commission 206 projects for a total of 996 billion tenge. This will increase the volume of production by 1.3 trillion tenge, exports — by 325 billion tenge, create about 19 thousand new jobs.

The Industrial Development Fund being created will facilitate the expansion and modernization of enterprises through affordable lending at a rate of no more than 3 %.

This year the most capital-intensive projects are being implemented in the Karaganda, Aktobe, Almaty, Zhambyl, Pavlodar regions and Almaty.

“The rest of the regions should step up the implementation of current projects. Akims bear personal responsibility for projects of the Industrialization Map,” Mamin said.

The Head of Government instructed the Ministry of Industry, together with government agencies and akimats, not only to implement all the planned projects for the current year, but also to further work out and expand the pool of projects of the Industrialization Map. At the same time, to direct all efforts to support the industries with the most stable domestic and foreign demand, including the light, food and chemical industries, mechanical engineering and pharmaceuticals, the production of building materials for a wide range of uses, as well as technologically complex projects in the fields of petrochemicals and gas processing.

The prime minister noted the need to develop industrial projects in single-industry towns. As a successful example, he cited the city of Saran, Karaganda region, where the implementation of a large project for the production of Youtong buses and special equipment was launched. 1,500 jobs will be created, the production capacity of buses and special equipment will be 1,500 pieces per year. Moreover, a project for the production of tires with a capacity of up to 3.5 million per year is being worked out, of which 30% is planned to be exported. This is another 1.5 thousand jobs. In general, the volume of investments in the city of Saran will amount to 150 billion tenge, the annual output of products — 160 billion tenge. In addition, the restoration and construction of social engineering infrastructure began.

“Production of this level needs to be developed in all monocities. Therefore, akims need to work more actively with investors, create the necessary conditions for them and provide the population with jobs,” Mamin said.

The head of government instructed the Ministry of Industry to strengthen work on the development of the industry of the digital era and work out the possibility of additional incentives for enterprises implementing digital solutions, the Ministry of Digital Development — to strengthen monitoring of the level of implementation of advanced technologies — robotization and artificial intelligence — into production processes.

The Ministry of Industry and Infrastructure Development was instructed to develop and submit to the government a draft concept of the Law "On Industrial Policy" by the end of October 2020.