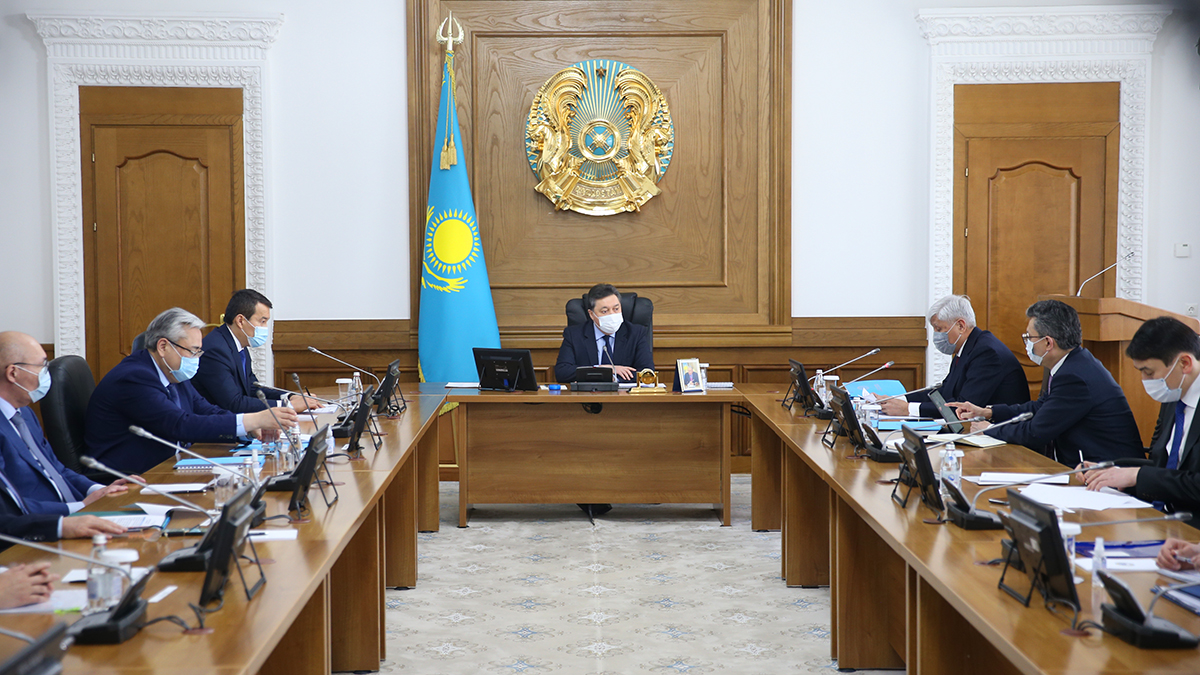 As part of his working trip to Almaty, Askar Mamin held a meeting on the socio-economic development of the Almaty region.

The issues of development of the agro-industrial complex, transport and housing infrastructure, tourism and attracting investments, environmental protection, implementation of Auyl - El Besіgі project in the region were considered. Particular attention is paid to the implementation of the Interregional Action Plan for the Development of the Almaty Agglomeration until 2030.

Gross agricultural output reached 917.8 billion tenge with an increase of 2.3%. The sown area of ​​agricultural crops increased by 6.9 thousand and amounted to 968.5 thousand hectares. Livestock increased by 5.1%, meat and milk production increased by 2.2% and 3.2%, respectively.

Today, the region's investment portfolio includes 546 projects for 5.4 trillion tenge with the creation of over 44 thousand new jobs. This year, it is planned to implement 62 projects for 118 billion tenge with the opening of over 3 thousand new jobs. Construction of two waste processing plants will begin in the Ili district of the Almaty region with a total capacity of 220 thousand tons per year.

In 2020, investments in fixed assets in the tourism sector amounted to 21 billion tenge, which is 14.5% of the republican volume. This year, it is planned to equip 685 km of tourist routes and trails in the region, put into operation 18 tourist accommodation facilities in the amount of 2.6 billion tenge.

“In the key sectors of the economy of the Almaty region, the positive dynamics of development has been preserved. The region has significant potential in the fields of agro-industrial complex, transport and logistics, tourism and industry. The region is the food belt of the city of Almaty. It is necessary to give a serious impetus to the further development of the Almaty region by increasing the volume of investments in new projects,” Mamin said.

The head of government instructed to timely and efficiently implement all the planned development projects of the Almaty region.