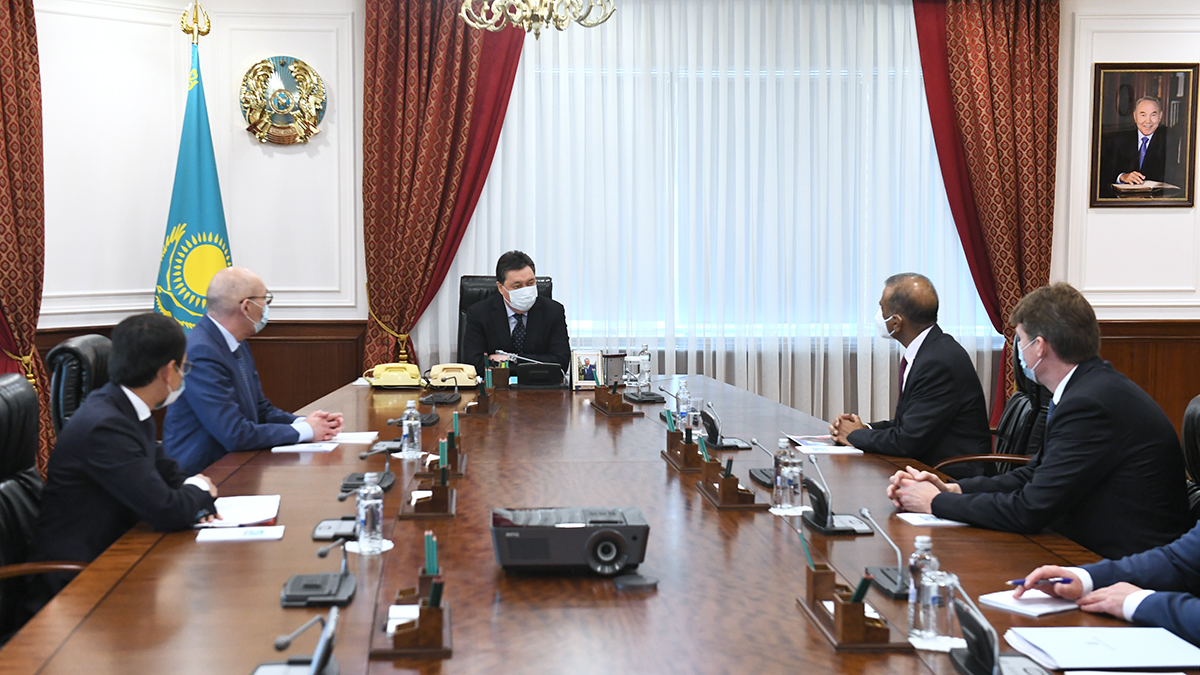 Prime Minister Askar Mamin received Sunil Mittal, chair of the Board of Directors of the British company OneWeb.

OneWeb global satellite network will consist of 648 satellites in 18 orbital planes at an altitude of 1,200 km. Full commissioning of the satellite network and maintenance of the territory of the Republic of Kazakhstan is expected at the end of 2021.

The parties discussed the prospects for the implementation of the project on the widespread coverage of the territory of Kazakhstan, including remote and hard-to-reach areas, with high-speed broadband Internet via communication satellites.

The progress of the project on the assembly of components for OneWeb satellites on the basis of the Assembly and Testing Complex of Spacecraft at the National Space Center in Nur-Sultan, as well as the issue of creating a joint venture to locate a gateway station on the territory of the Republic of Kazakhstan for subsequent exclusive distribution of satellite OneWeb Internet to the countries of Central Asia were discussed.

The meeting was attended by the Chair of the Agency for Strategic Planning and Reforms - AIFC Governor Kairat Kelimbetov, as well as Minister of Digital Development, Innovation and Aerospace Industry Bagdat Mussin.