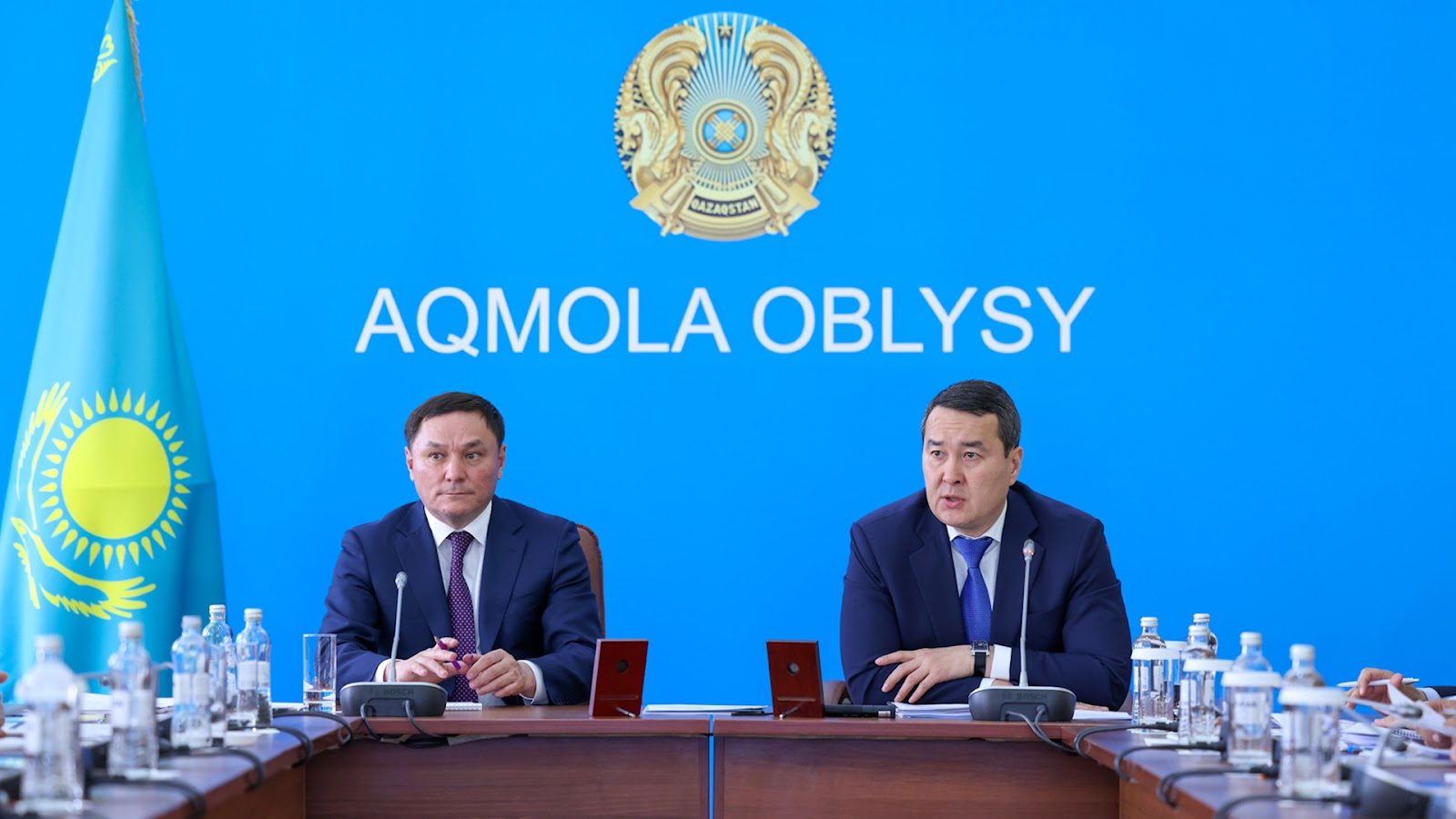 During his working trip to Aqmola region, the Prime Minister of the Republic of Kazakhstan Alikhan Smailov held a meeting on the issues of integrated socio-economic development of the region.

Opening the meeting, the Head of Government noted that the Aqmola is one of the most important agro-industrial regions of the country. Molybdenum production, chemical industry, mechanical engineering and other industries are actively developing in the region. 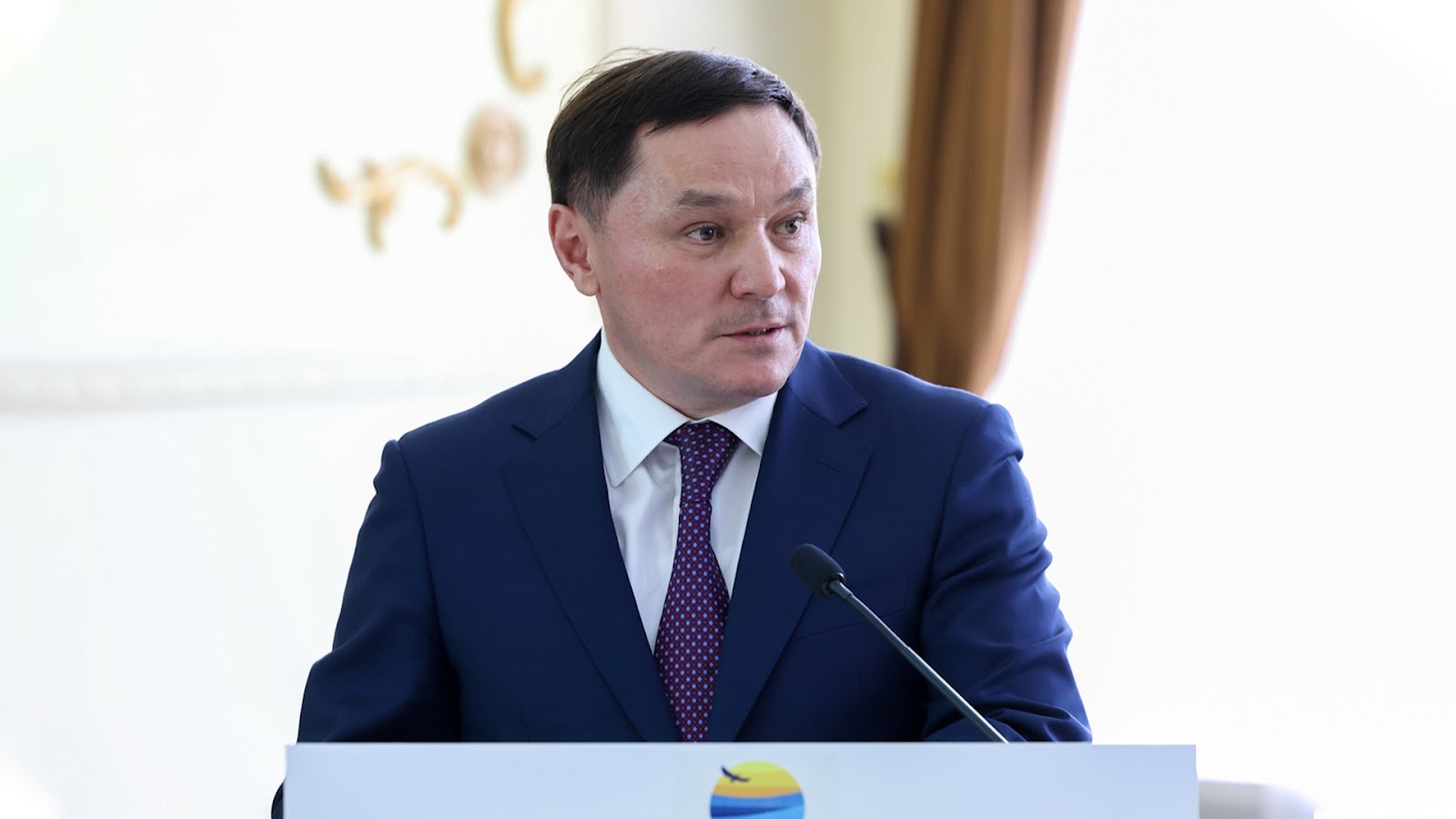 After listening to the speakers, the Prime Minister of the Republic of Kazakhstan noted that in 2022, 118 billion tenge was provided for the development of the Akmola region. At the same time, at present, as part of the refinement of the republican budget, an additional 52.2 billion tenge has been allocated. 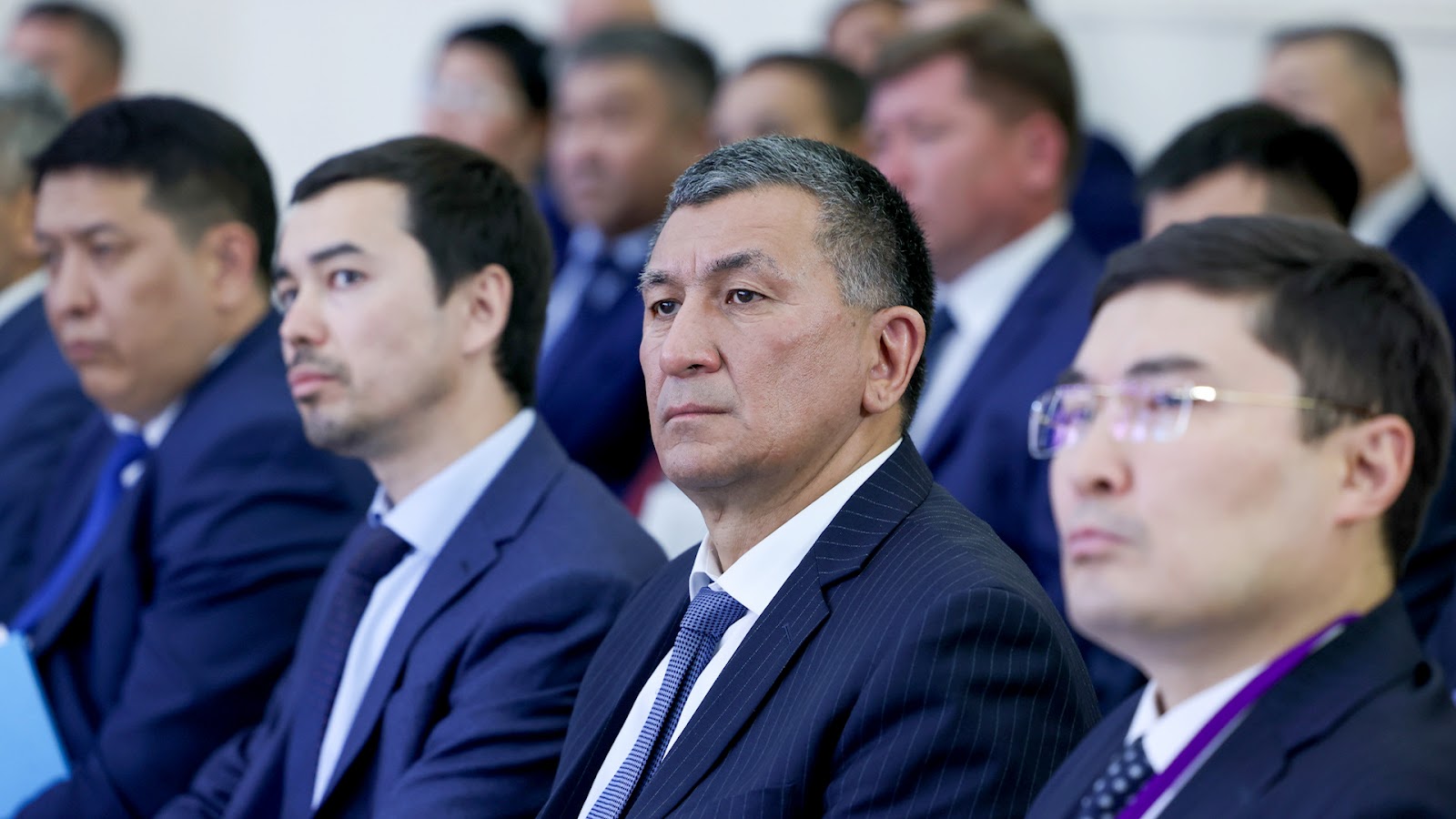 In addition, at the expense of the allocated funds, it is planned to support the agro-industrial complex, carry out dredging of the Ishim riverbed, finance micro-crediting for businesses and the development of productive employment.

Alikhan Smailov also drew attention to a number of topical issues for the region.

Thus, the Prime Minister noted that prices for socially important food products in the region have increased by almost 14% since the beginning of the year.

“In this direction, it is necessary to carry out systematic work to prevent food shortages and unreasonable price increases. Meetings are regularly held on this issue, at which all available tools and mechanisms are discussed. The akimat of the region needs to actively apply them,” the Head of Government said. 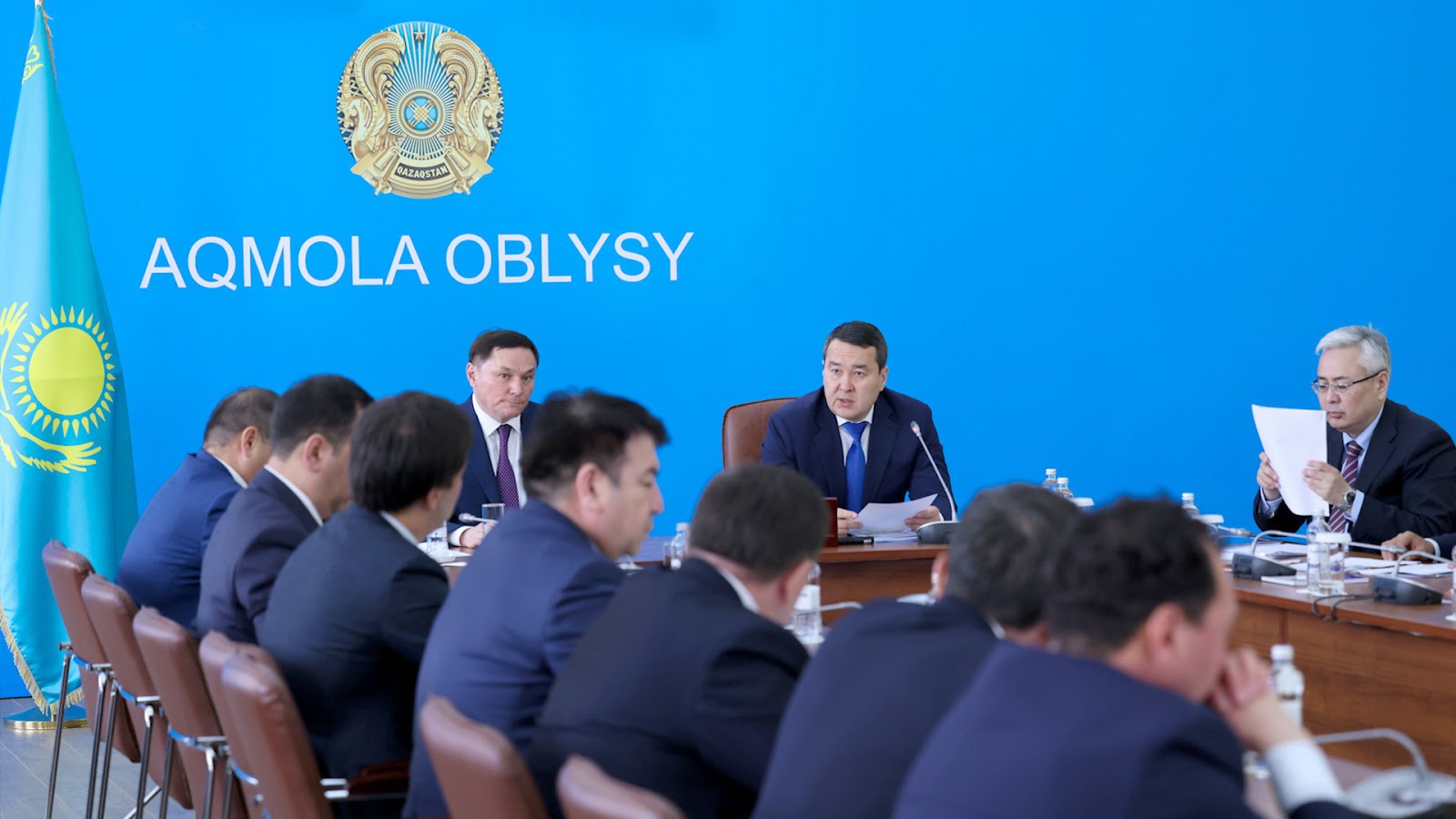 The Prime Minister also instructed the akimat to strengthen control over trade margins (no more than 15%), conclude direct contracts with farmers in the southern regions of the country and neighboring countries for the supply of early-ripening vegetables, increase the efficiency of using the turnaround scheme" mechanism when working with retail chains and ensure supplies agricultural products through the forward mechanism.

Alikhan Smailov called the diversification of the region's economy an urgent issue.

To this end, this year it is planned to complete 169 projects with a total value of 273 billion tenge through private investment. In particular, it is expected to launch a gold recovery plant, a wind farm, a broiler poultry farm and a brick factory.

In addition, the akimat is working on another 135 projects worth 1 trillion tenge, including the construction of a thermal power plant and a multidisciplinary hospital in Kokshetau, a resort area in the Burabay district, a wind farm in the Arshaly district, a poultry farm and a feed mill in the Zerenda district.

“It is necessary to launch all planned facilities on time, as well as to ensure high-quality study of new projects. The akimat should keep these issues under special control,” Alikhan Smailov emphasized. 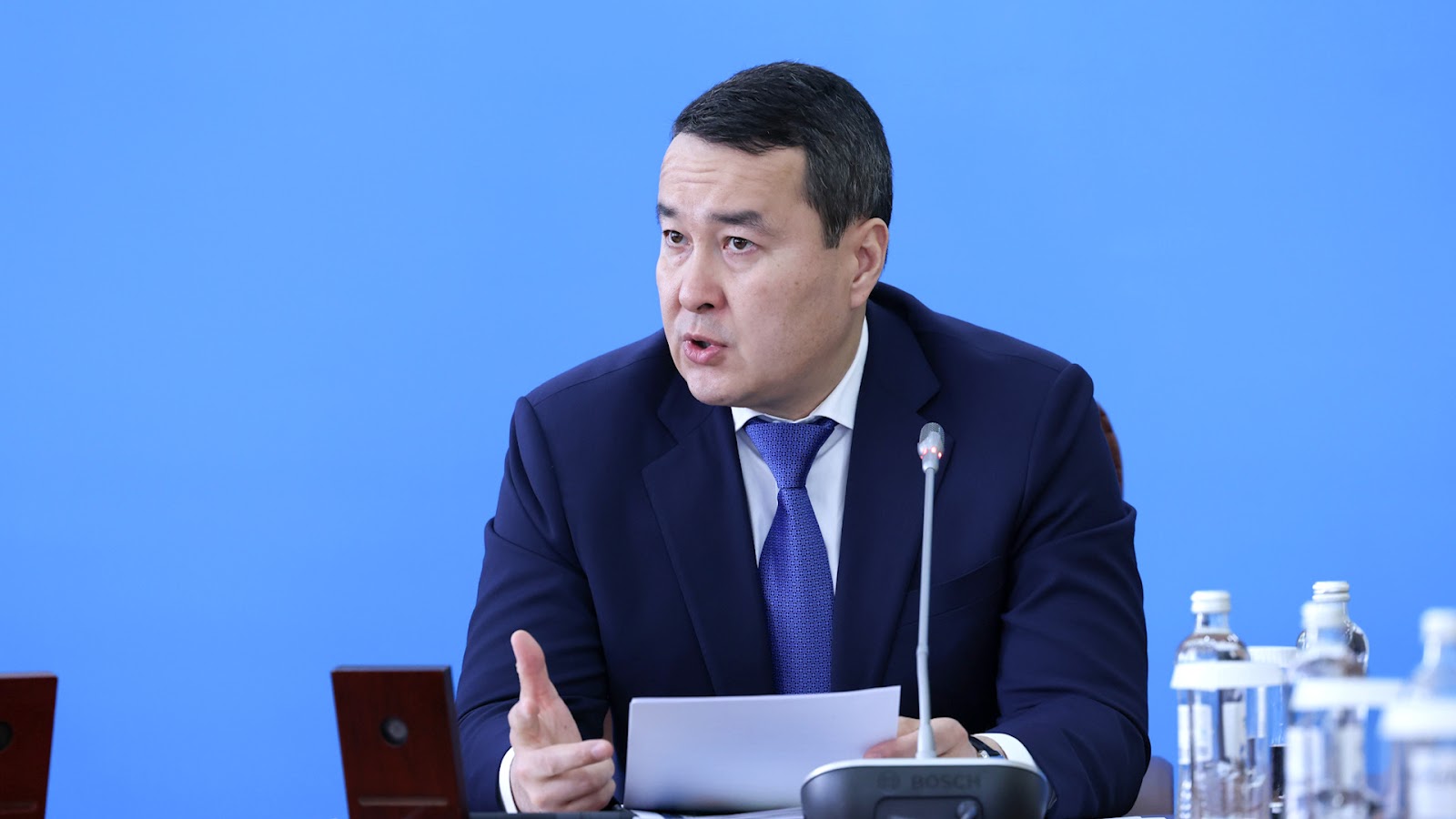 Summing up the results of the meeting, the Prime Minister gave a number of instructions to the central state bodies and the akimat of the region: to ensure an increase in the share of roads in a standard condition (for the republican network – at least 88%, for the local network – at least 87%), to work out a project for the construction of a water conduit from the field groundwater Kenzhebay and Rakhymzhansay, to consider the issue of financing the reconstruction of the main heat supply networks in Stepnogorsk.

In addition, it was instructed to consider the possibility of building new schools within the framework of the national project "Quality Education "Educated Nation", reconstructing and equipping the Aqmola Multidisciplinary Hospital No. 2 in Nur-Sultan and the Multidisciplinary Regional Children's Hospital in Kokshetau with modern equipment.

“By joint efforts, we must give a new impetus to the development of the Aqmola region. The growth of well-being and the improvement of the quality of life of the population as a whole depend on this,” Alikhan Smailov concluded.