A meeting of the Eurasian Intergovernmental Commission took place on June 20-21 in Minsk. The event was attended by the Prime Ministers of Armenia, Belarus, Kazakhstan, Kyrgyzstan and Russia, as well as the Chair of the Board of the Eurasian Economic Commission Mikhail Myasnikovich. 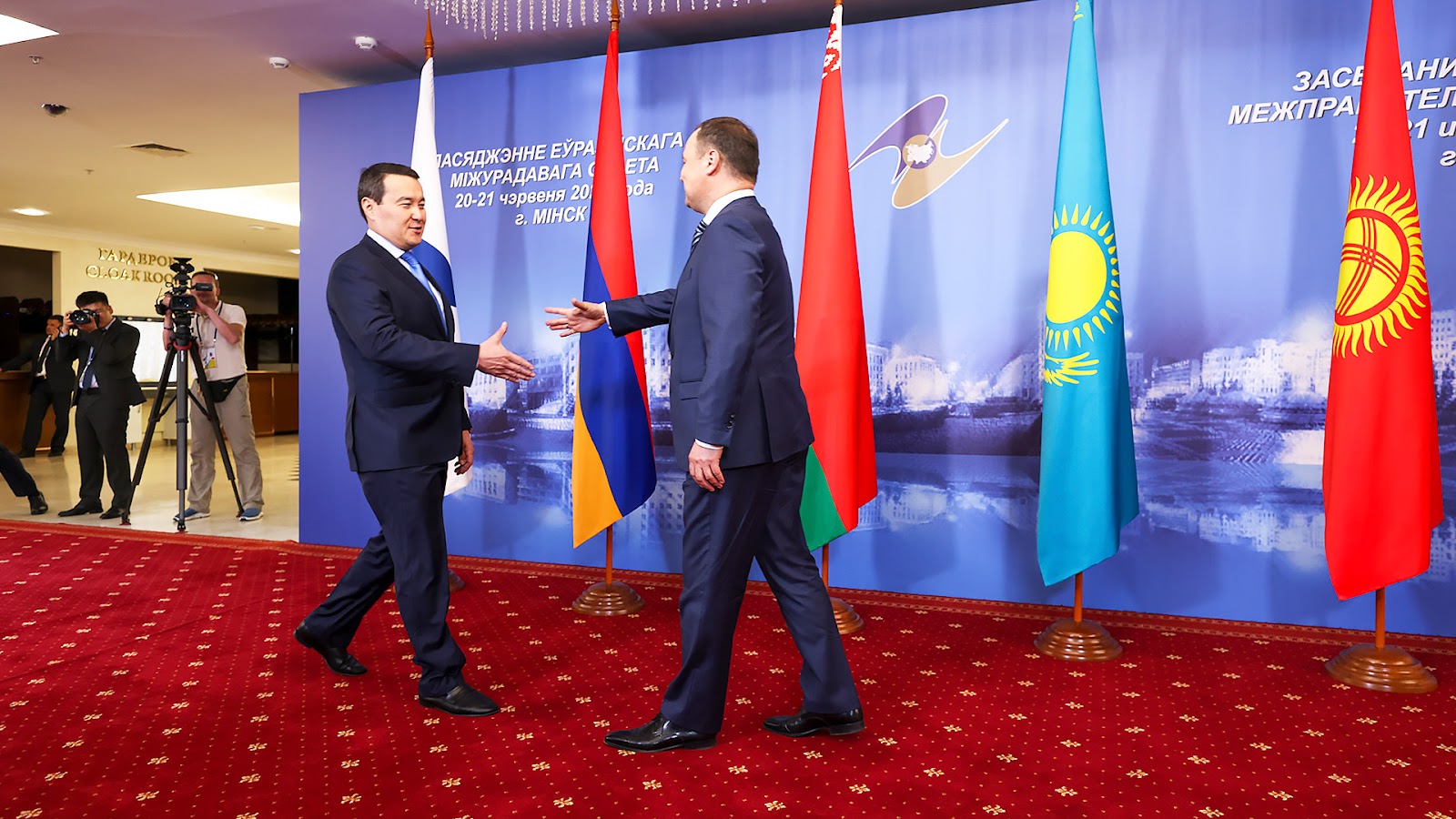 The Prime Minister of the Republic of Belarus Roman Golovchenko met with his colleagues — the Heads of Government of the EAEU countries. The participants exchanged a welcoming handshake. 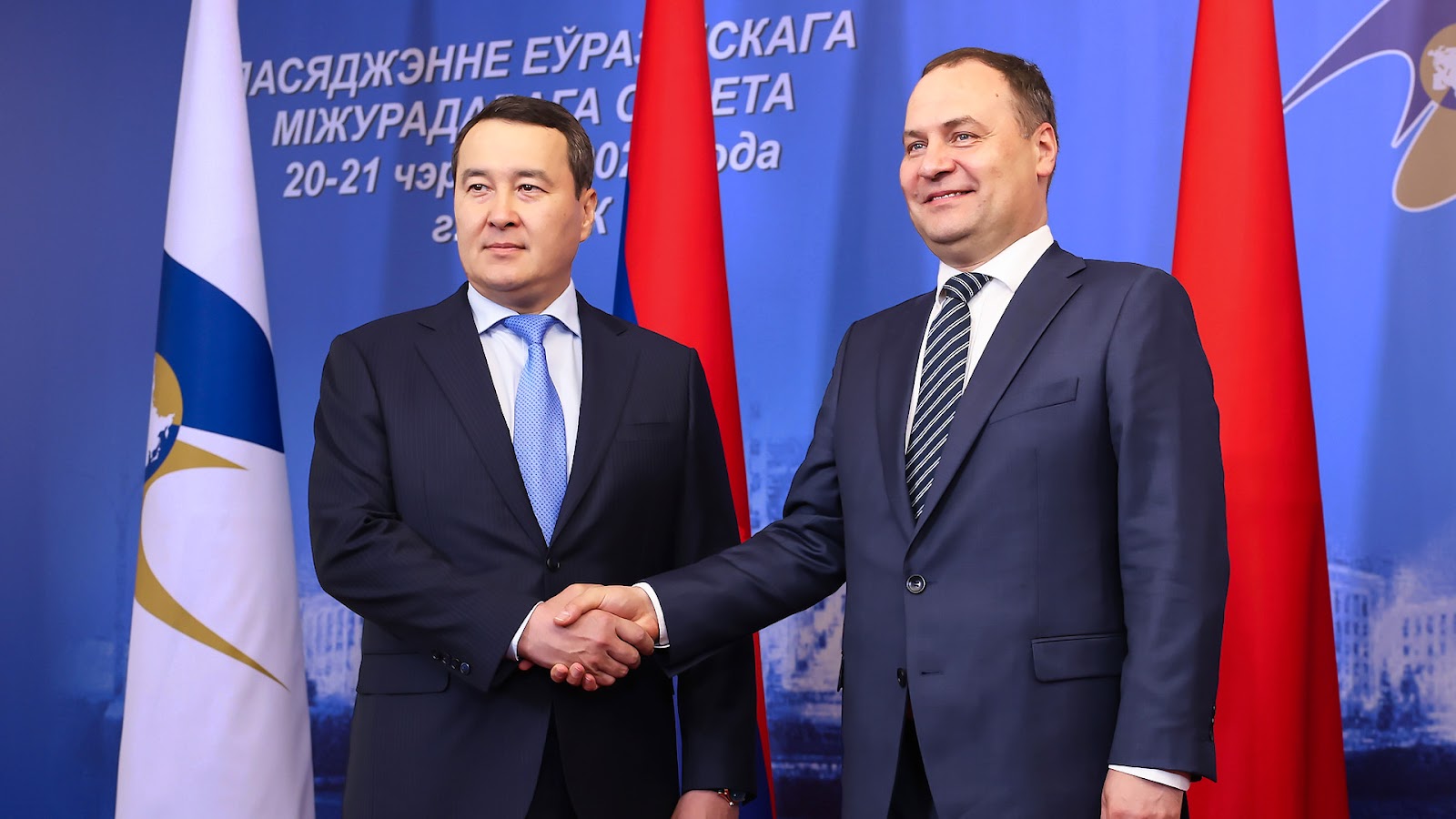 Kazakhstan and Belarus are important strategic partners. The foundation of strong long-term relations is trade and economic ties. At the end of 2021, the growth of bilateral trade amounted to 15.7%. 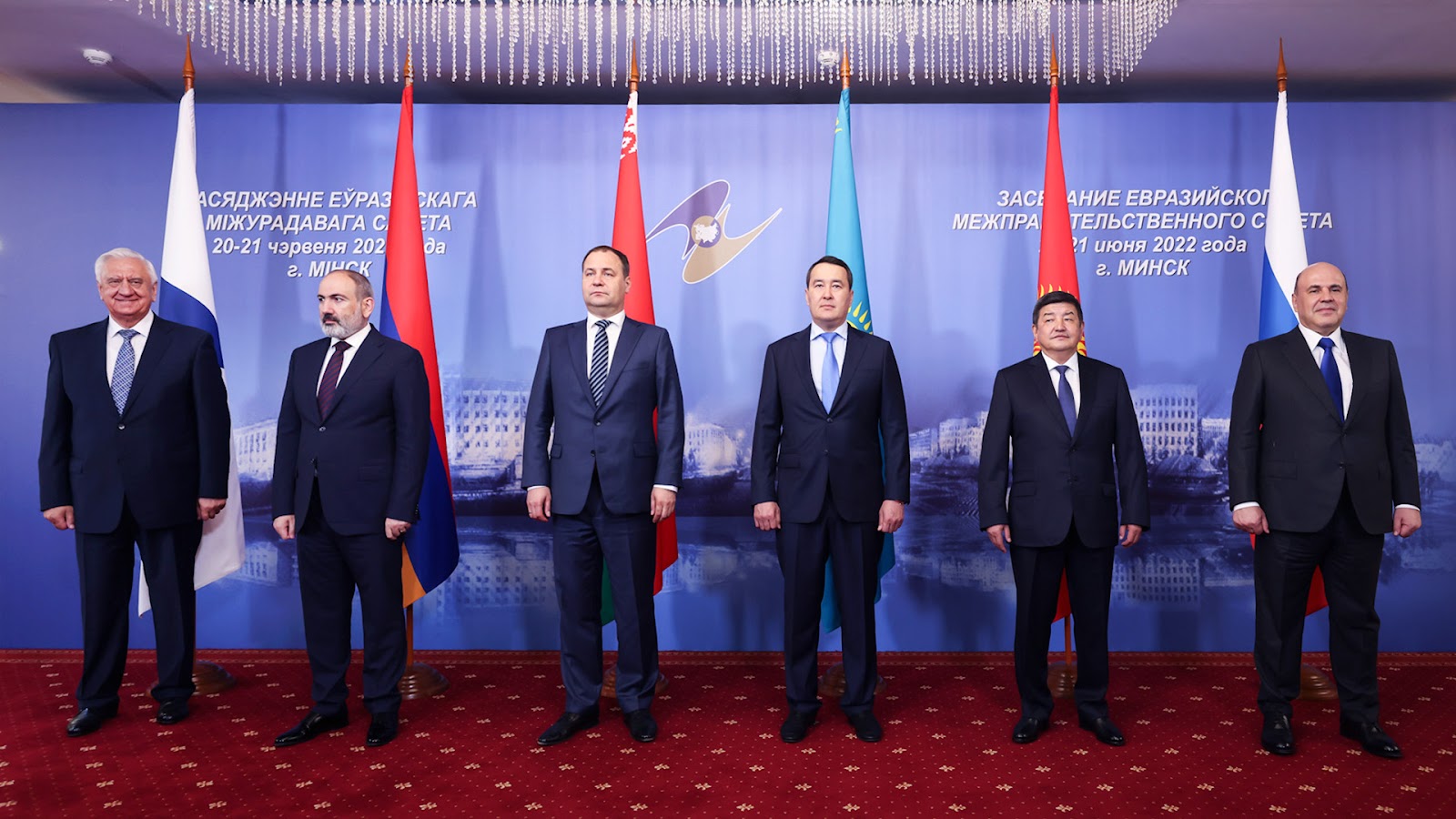 By tradition, before the meeting, the heads of government went out for a joint photograph. 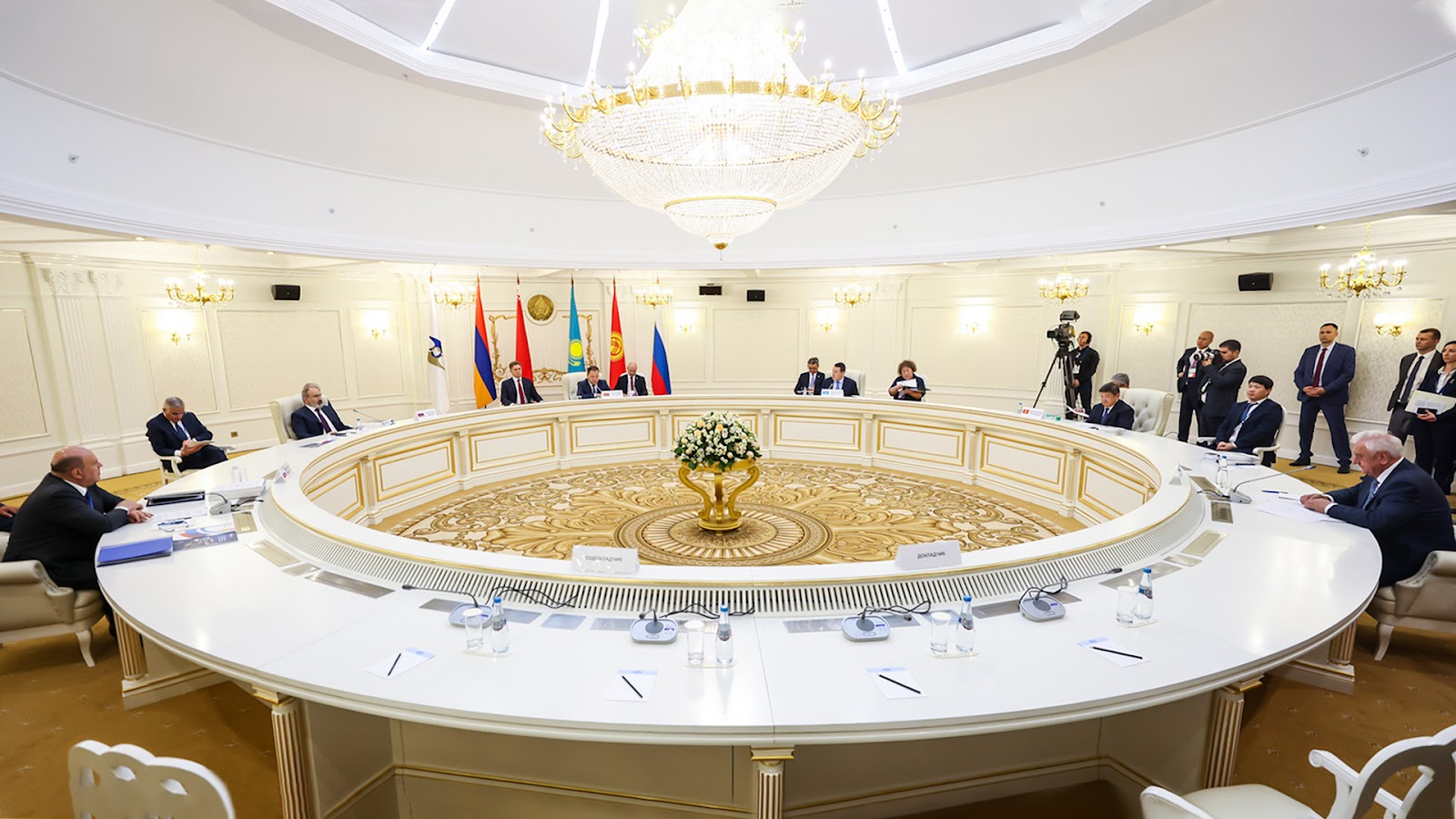 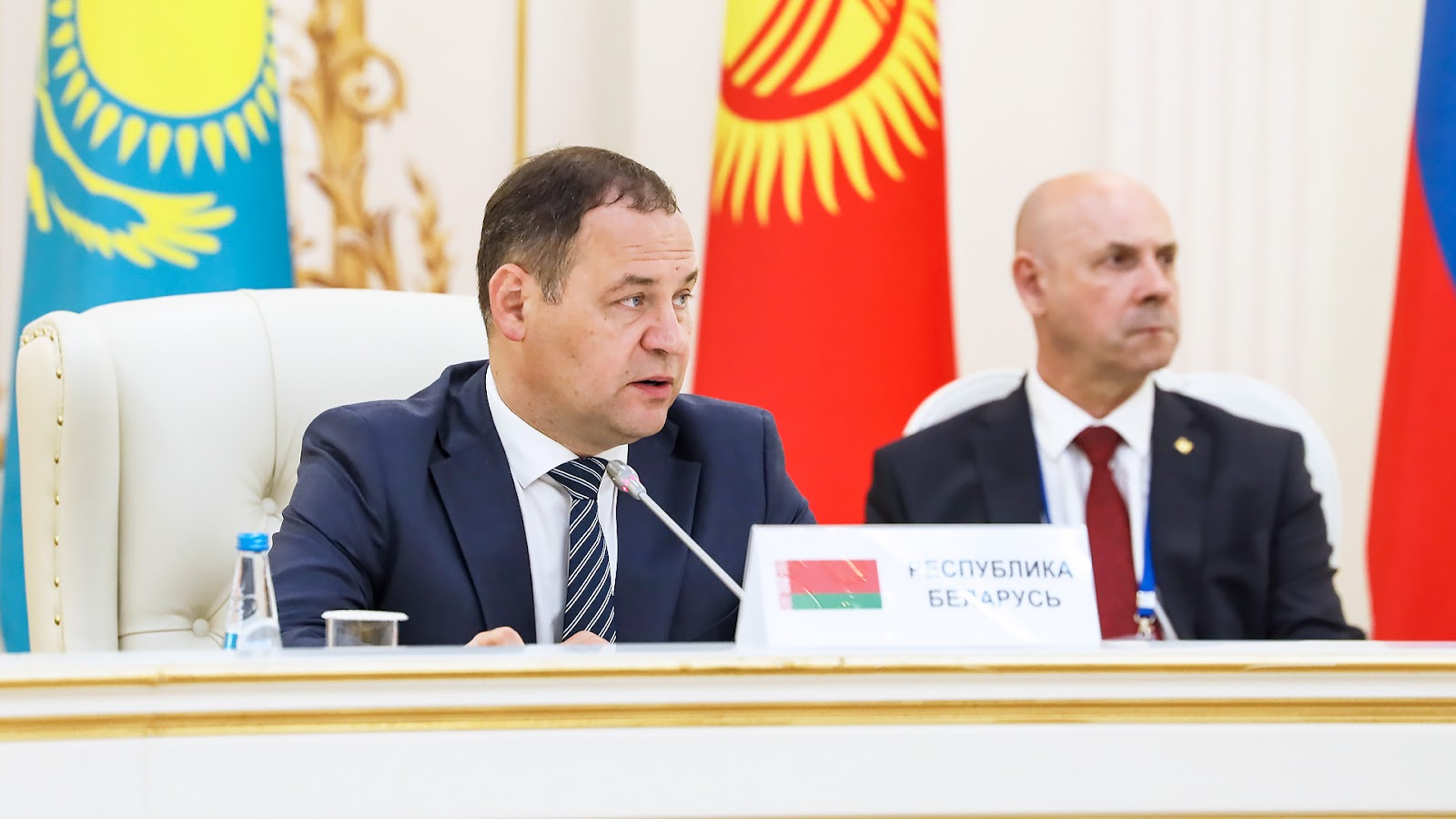 The meeting began with a welcoming speech by Roman Golovchenko. According to the Prime Minister of Belarus, the meeting is taking place in a difficult period, “when you have to defend yourself in a global economic war.” At the same time, he noted that the EAEU countries have everything they need to successfully get through this difficult period and make the union even stronger and expressed confidence that the meeting will, as always, find solutions to all the issues that have arisen. 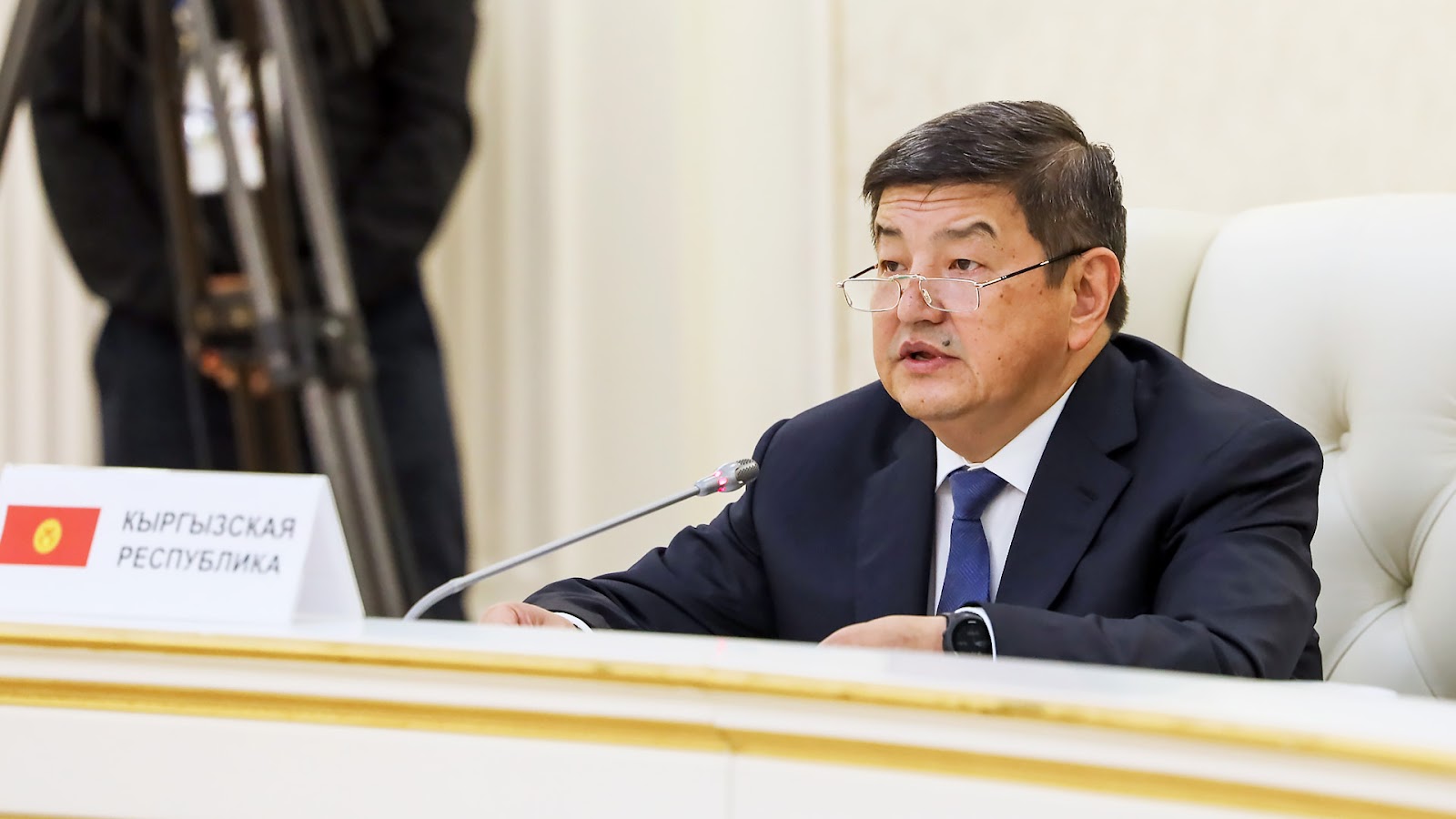 Further, the head of the Cabinet of Ministers of Kyrgyzstan Akylbek Zhaparov delivered a greeting. Kyrgyzstan chairs the EAEU bodies this year. 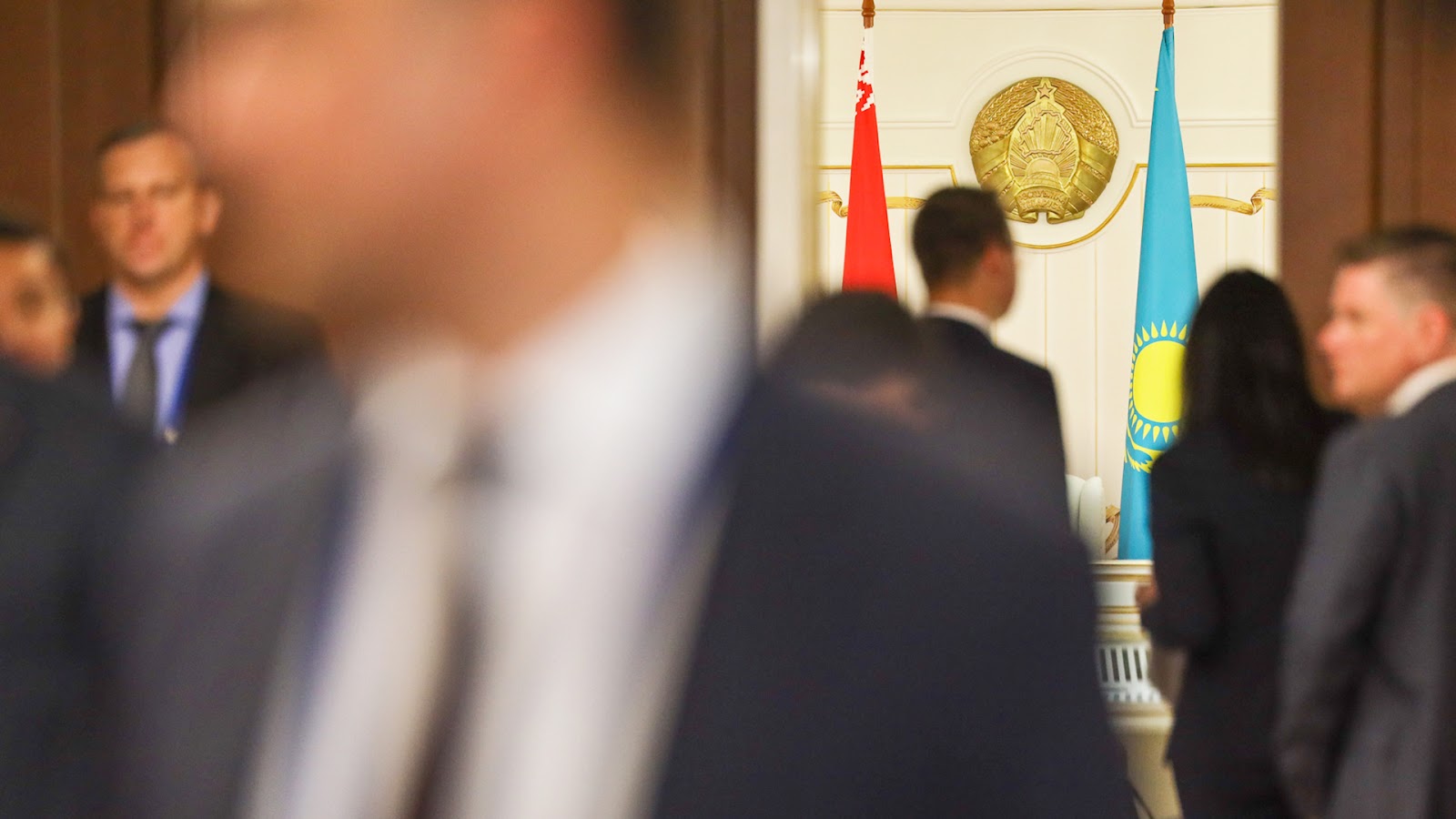 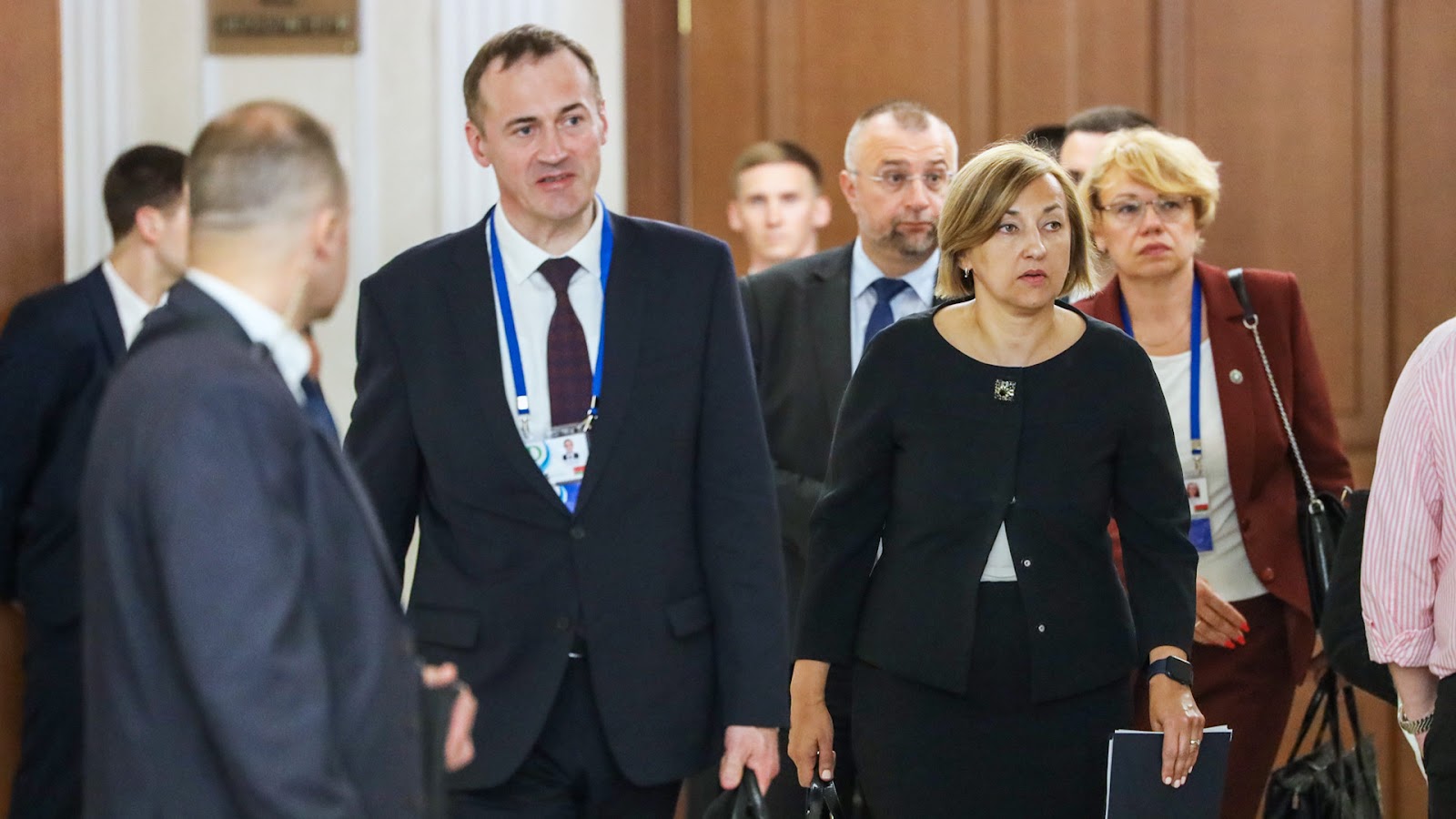 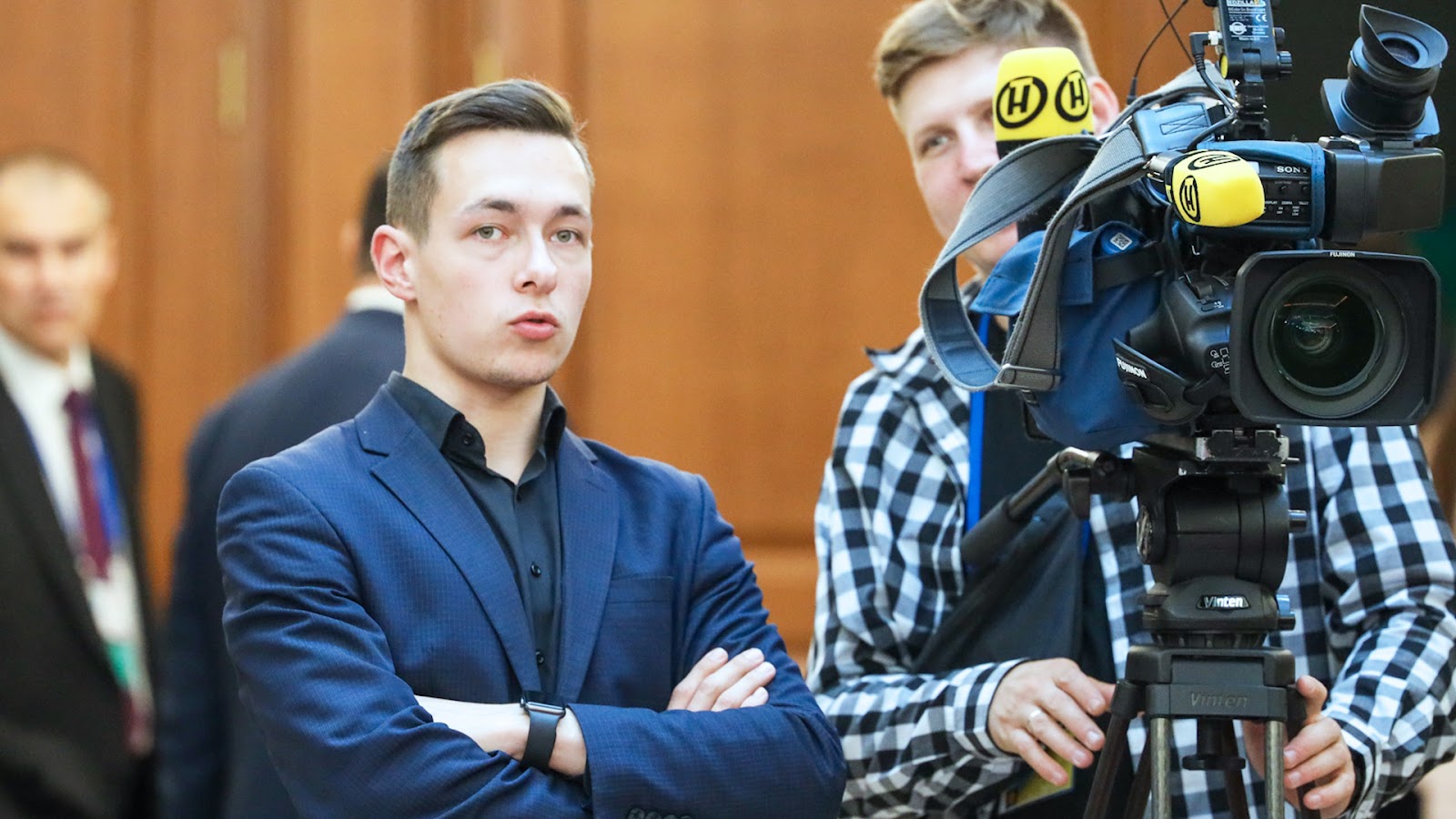 Lobby of the first day of the meeting 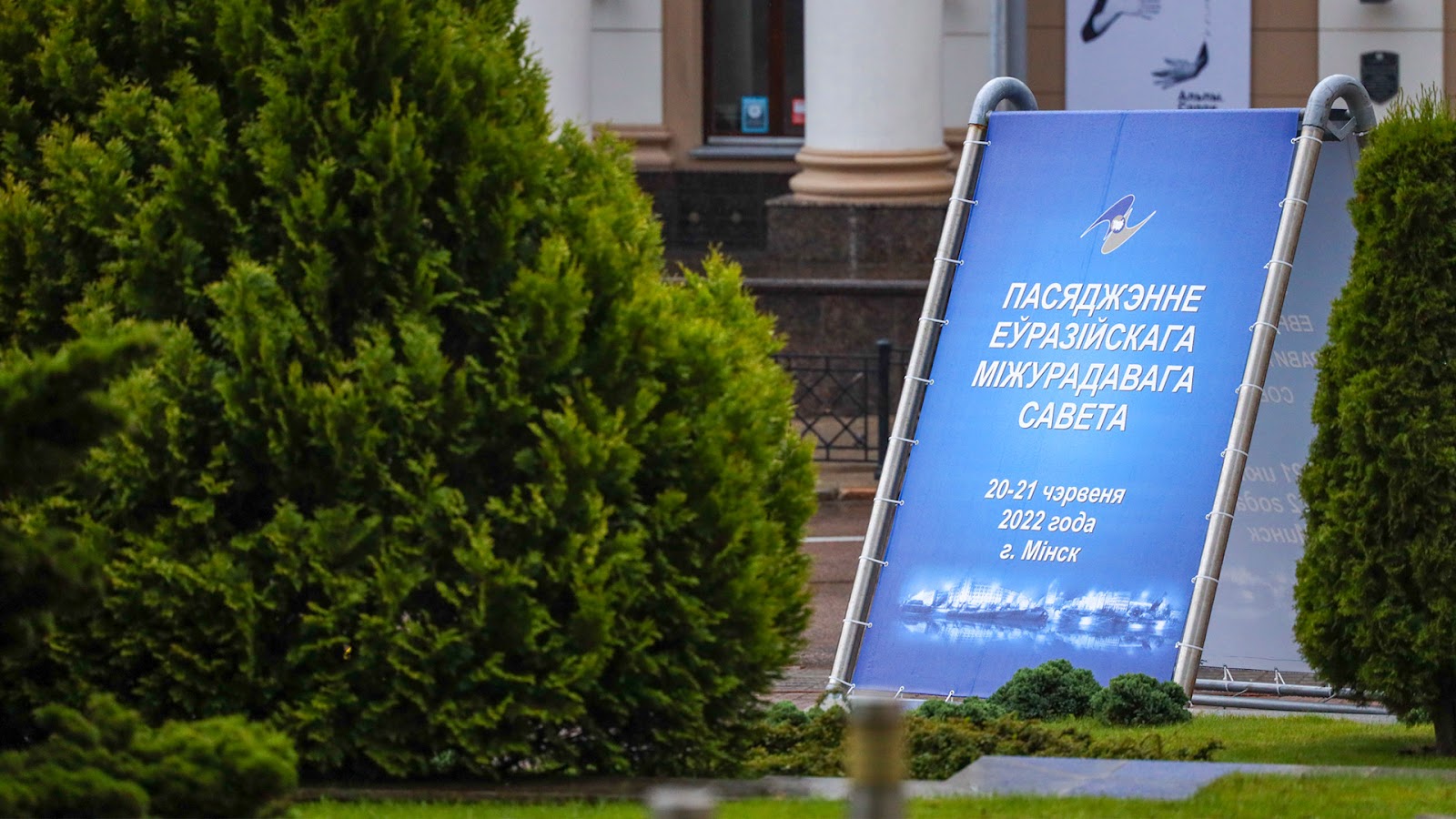 The next day, June 21, a meeting of the heads of government was held in an expanded format. 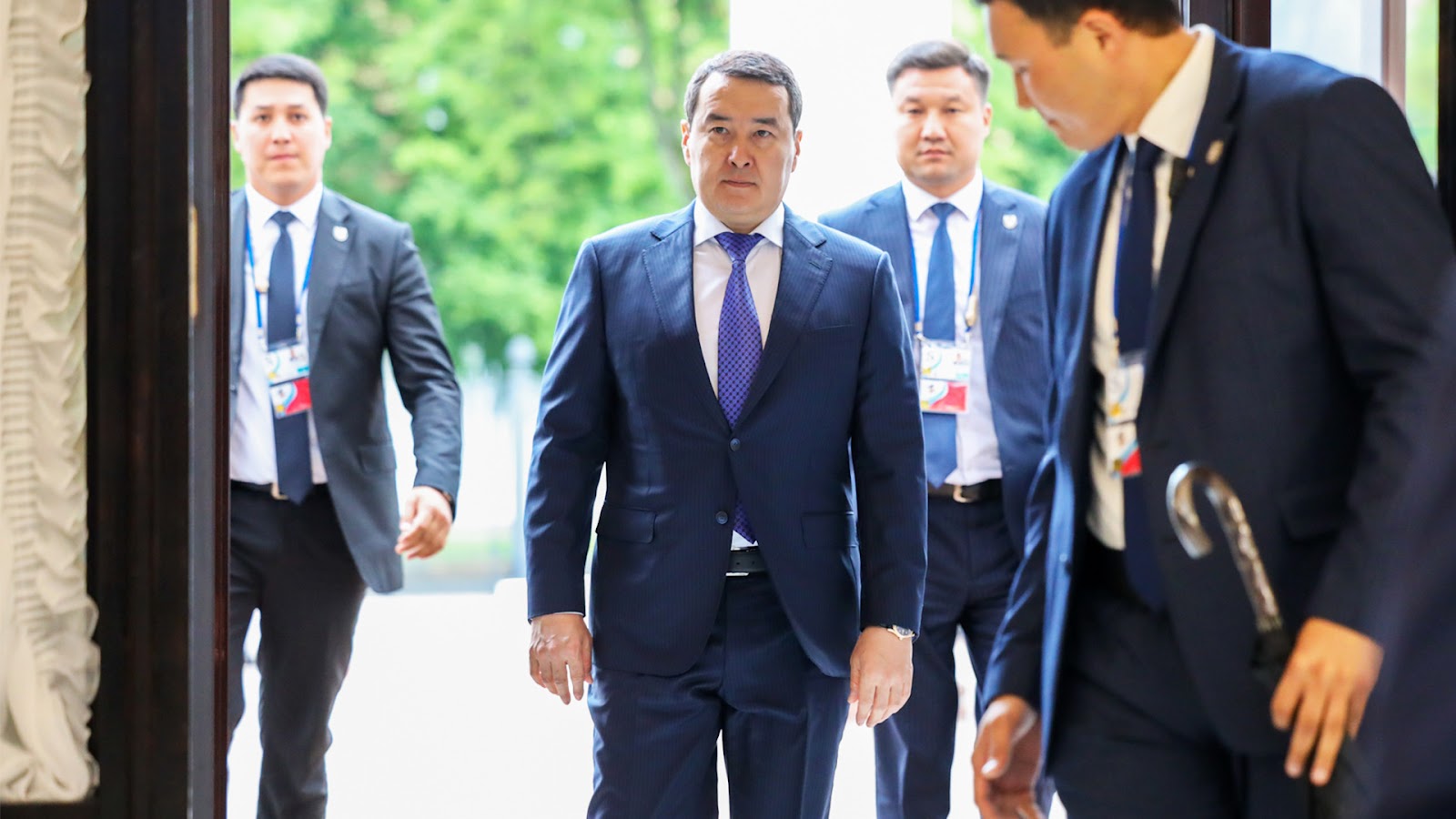 Within two days, within the framework of the meetings, issues of the development of an integrated information system of the Eurasian Economic Union, the introduction of labeling of goods, the regulation of the alcohol market and taxation in electronic commerce were discussed. 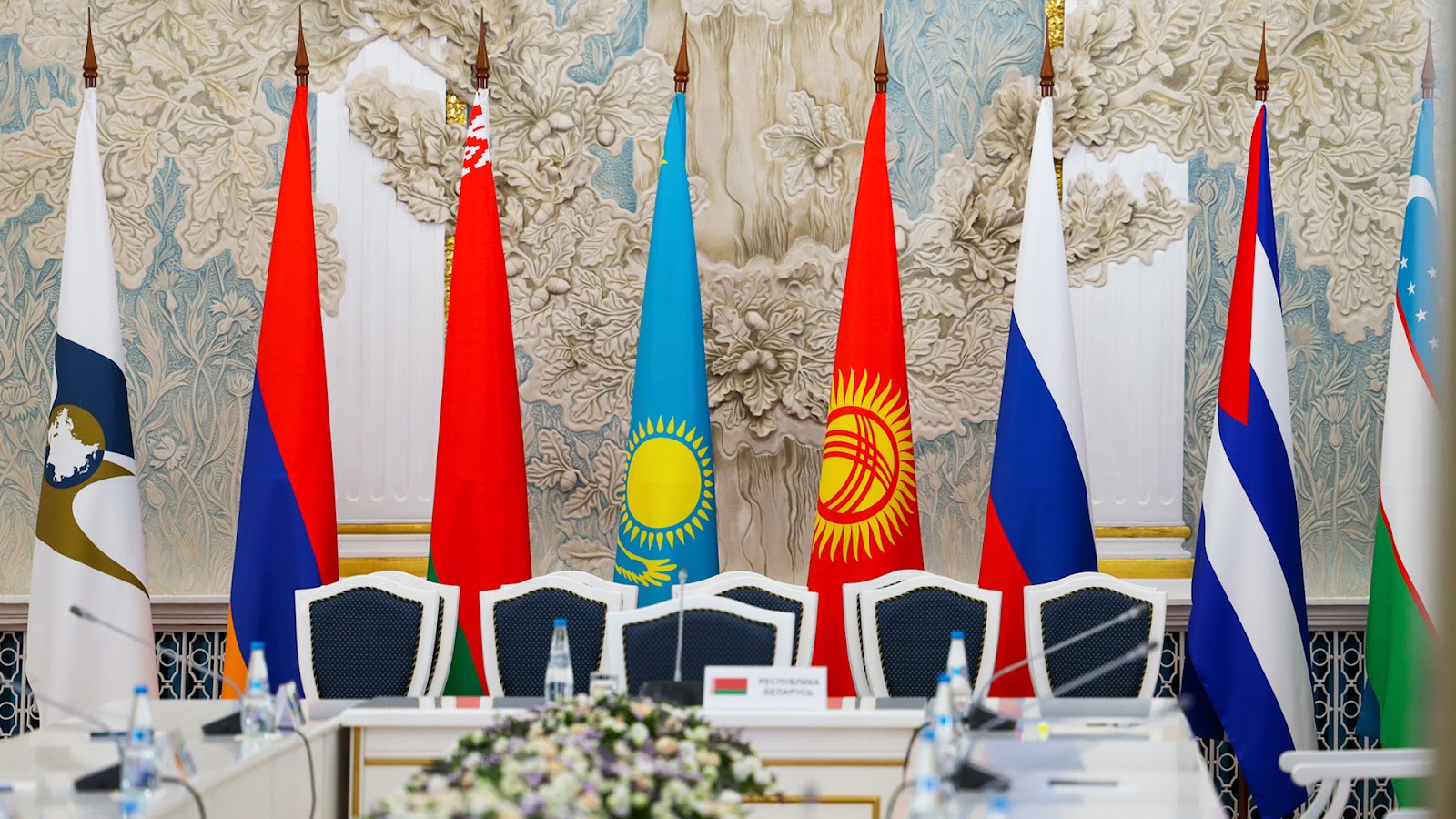 In addition, the meeting participants discussed the development of the transport infrastructure of the EAEU in the East-West and North-South directions. 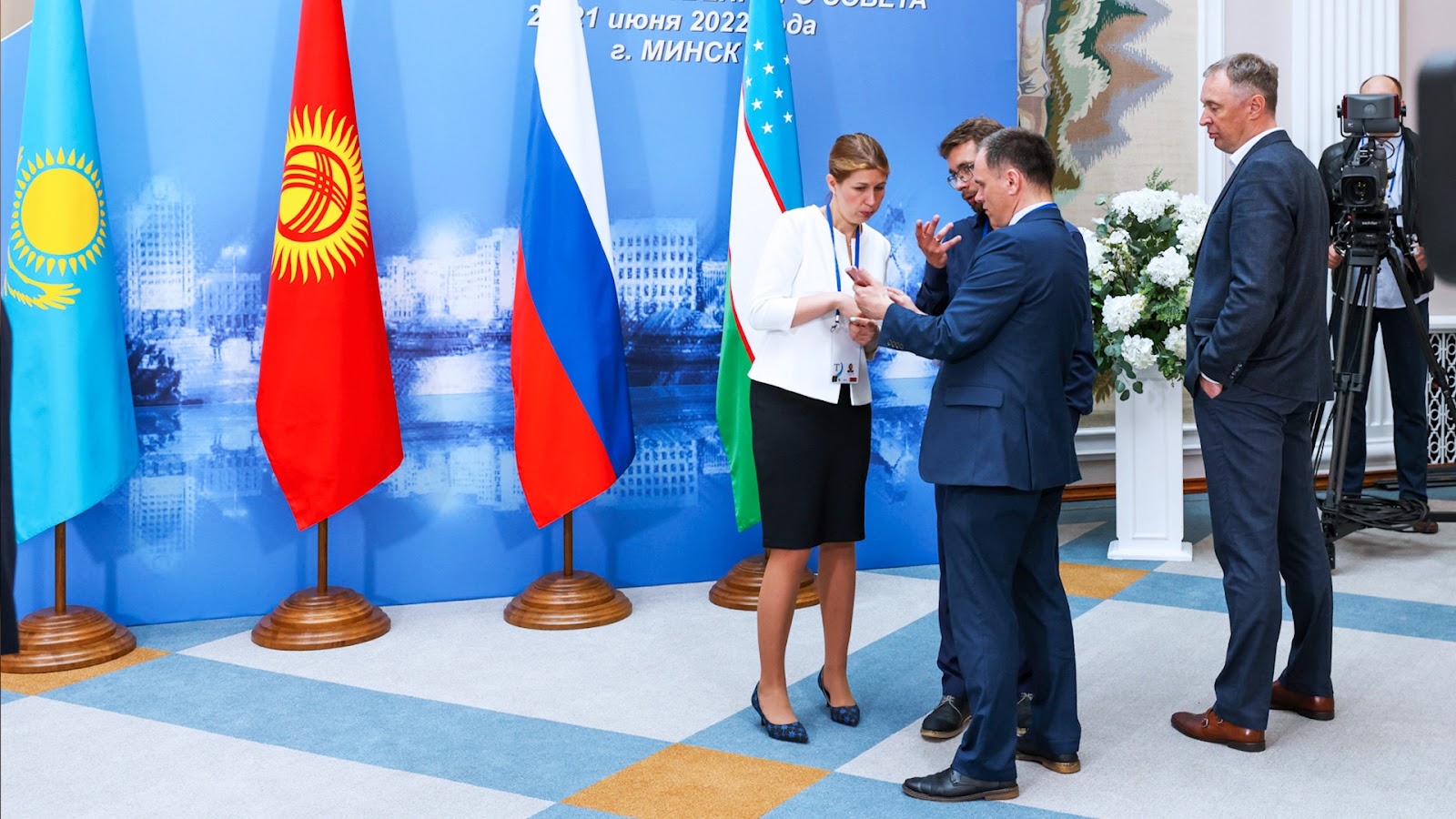 Also on the agenda is the discussion of issues of electronic commerce, customs cooperation, the implementation of a number of previous instructions of the Intergovernmental Council and others. 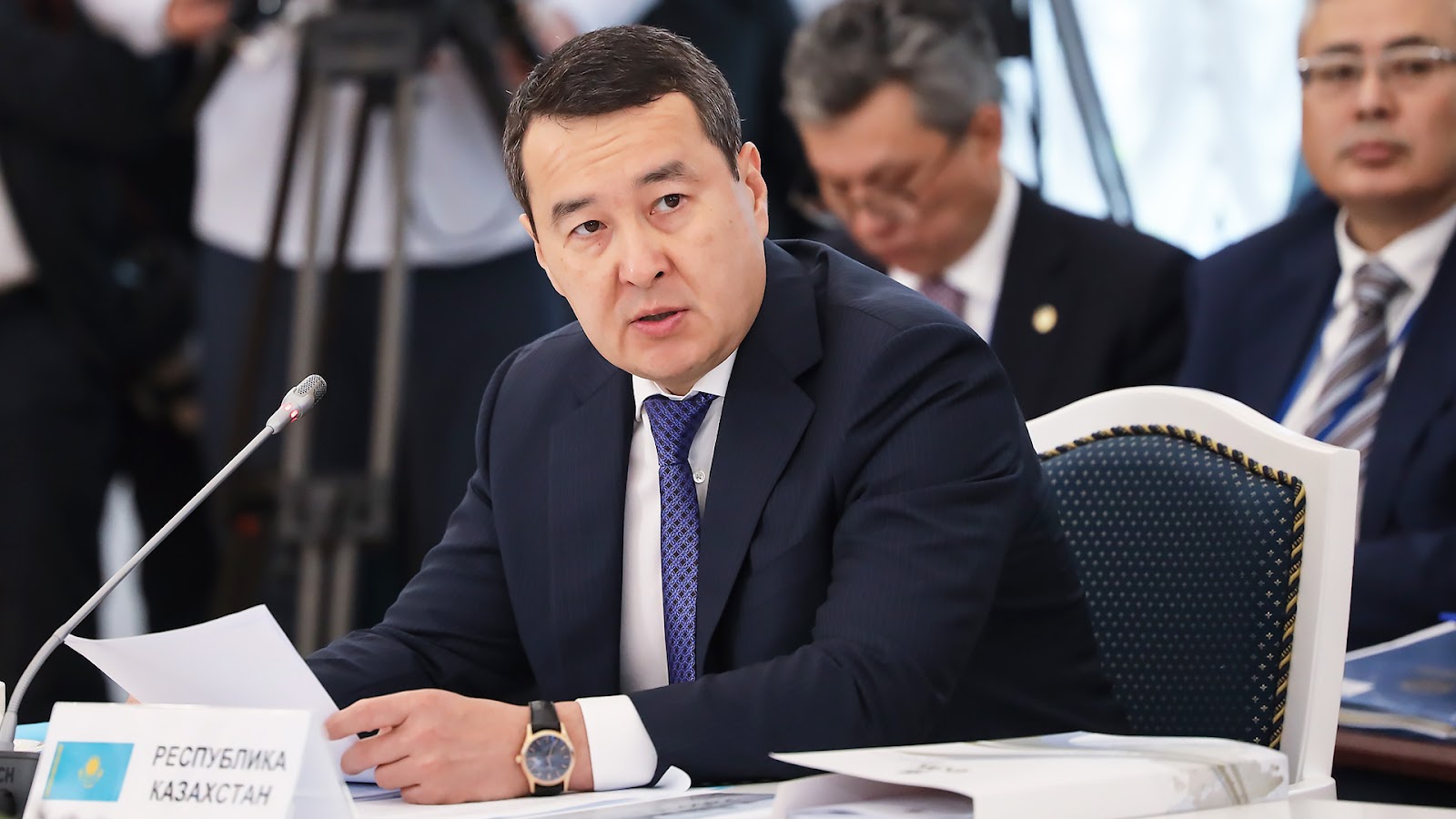 Speaking during the extended meeting, Alikhan Smailov noted that world trade is undergoing significant changes. A distinctive feature is that the shocks affected representatives of all forms of business: small, medium and large.

Also, according to him, one of the most sensitive issues for Kazakhstani business is to ensure unhindered transit throughout the EAEU. In this regard, he called on his colleagues to be more flexible and constructive in the matter of providing accelerated and simplified transit, including using digital technologies. 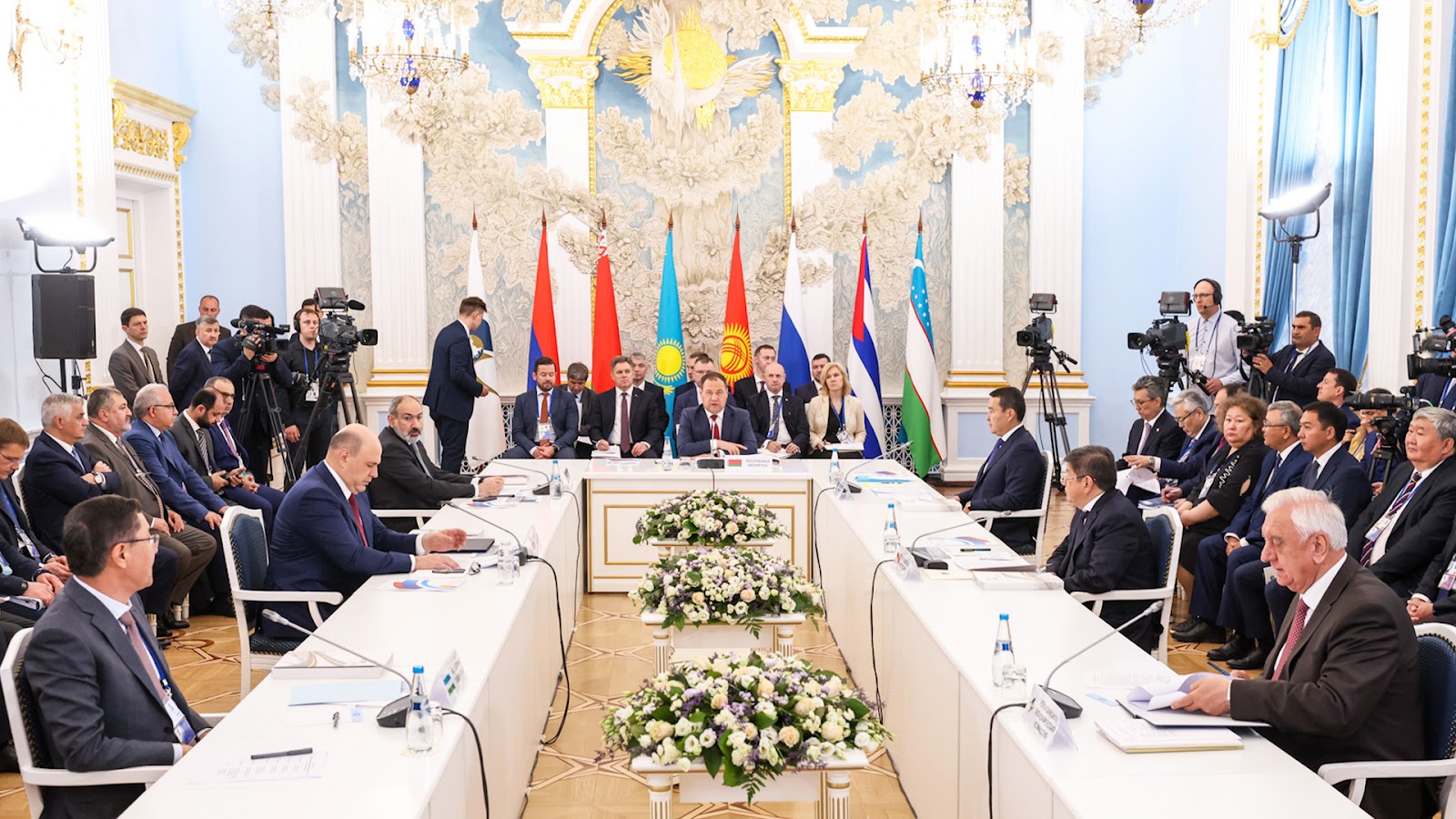 Roman Golovchenko said that the Eurasian Economic Union helps Belarus to face modern difficulties. He also said that in January-April, there is an increase in trade with the EAEU countries by 10%, taking into account the high base of last year. 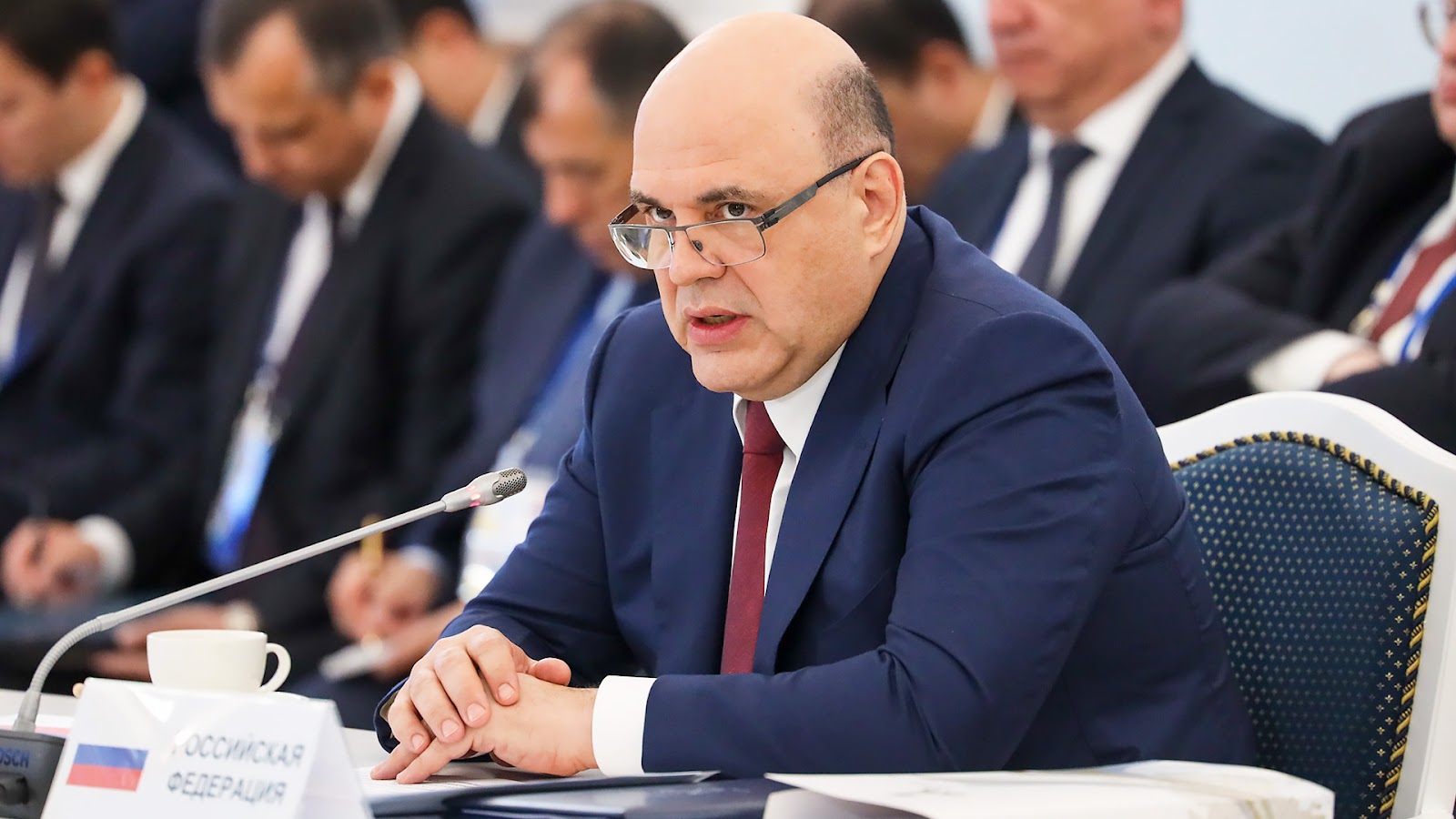 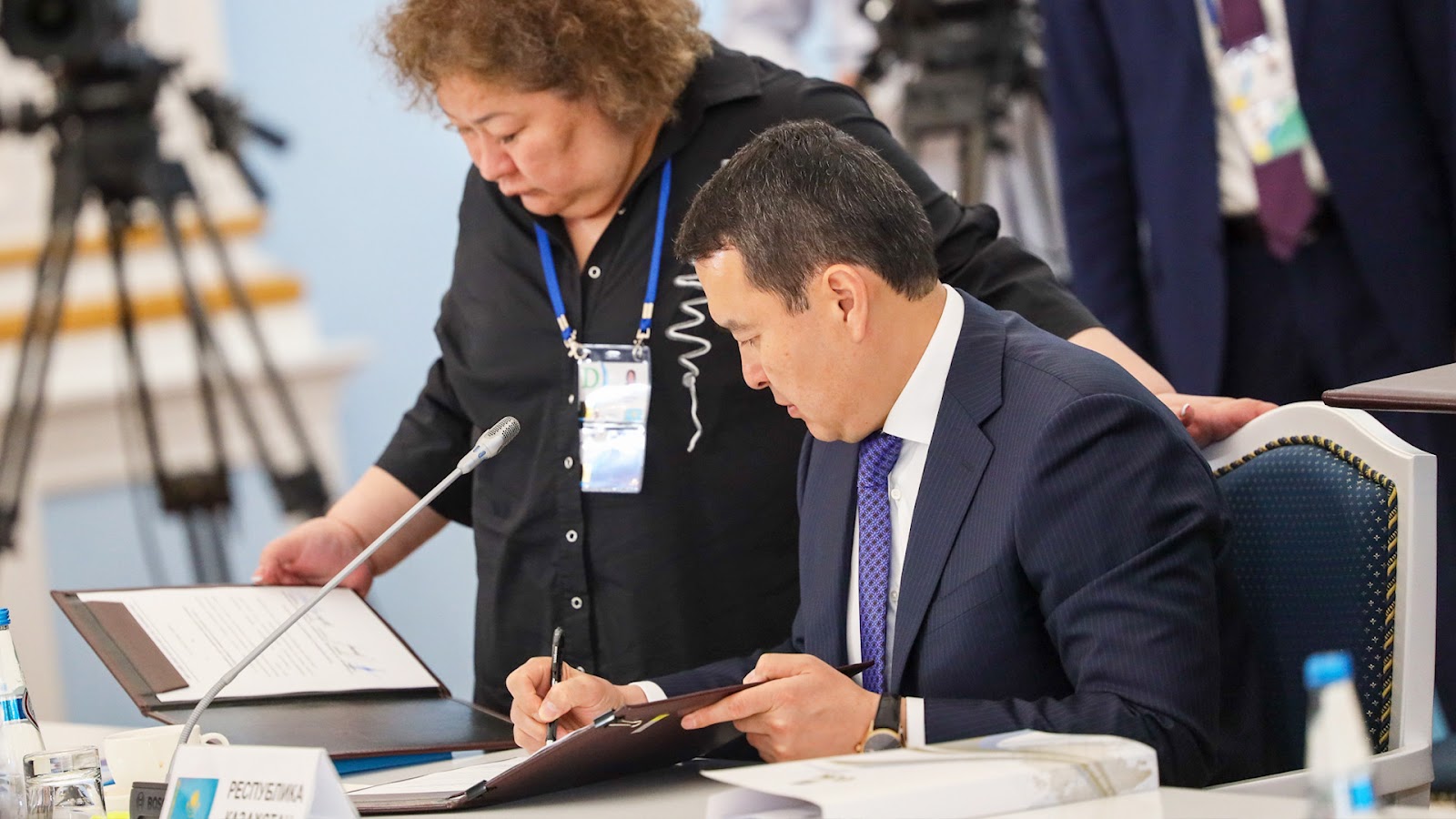 The Intergovernmental Council in Minsk ended with the signing of a number of documents, including an agreement on the regulation of the alcohol market within the EAEU and an instruction on the creation and development of transport infrastructure. 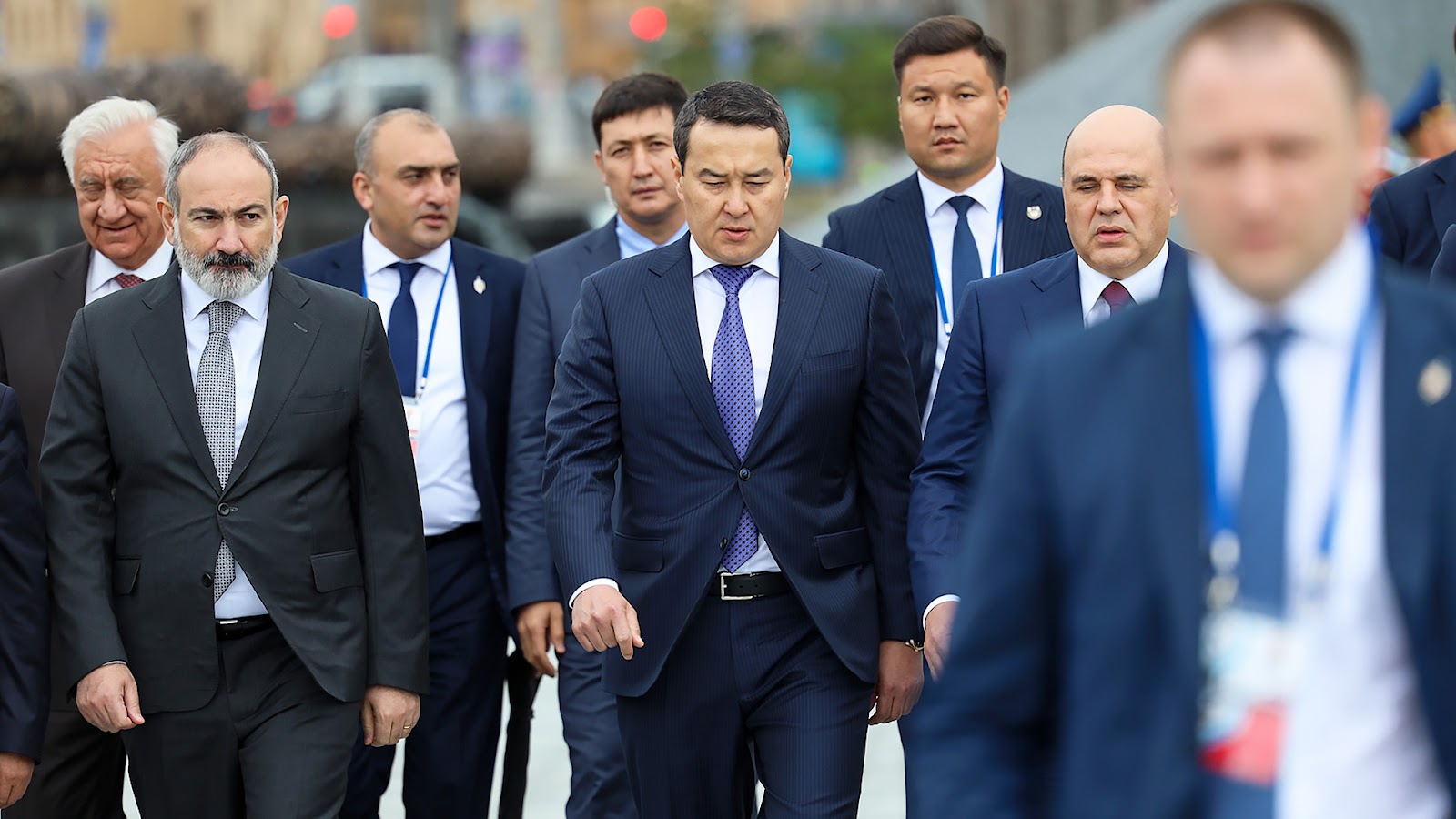 Then the heads of government delegations went to Victory Square. 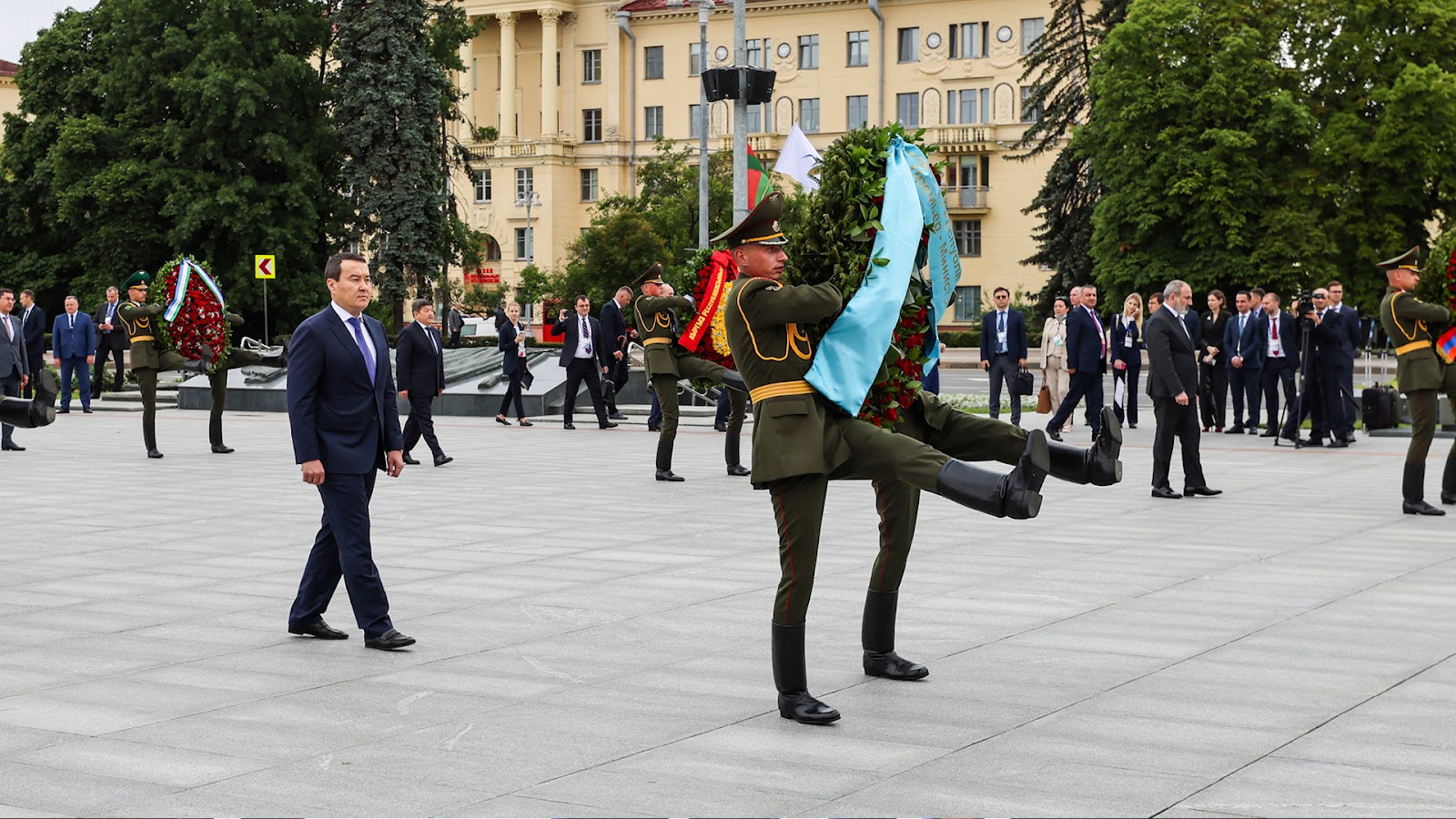 The Prime Minister Alikhan Smailov took part in the flower-laying ceremony at the Victory Monument. 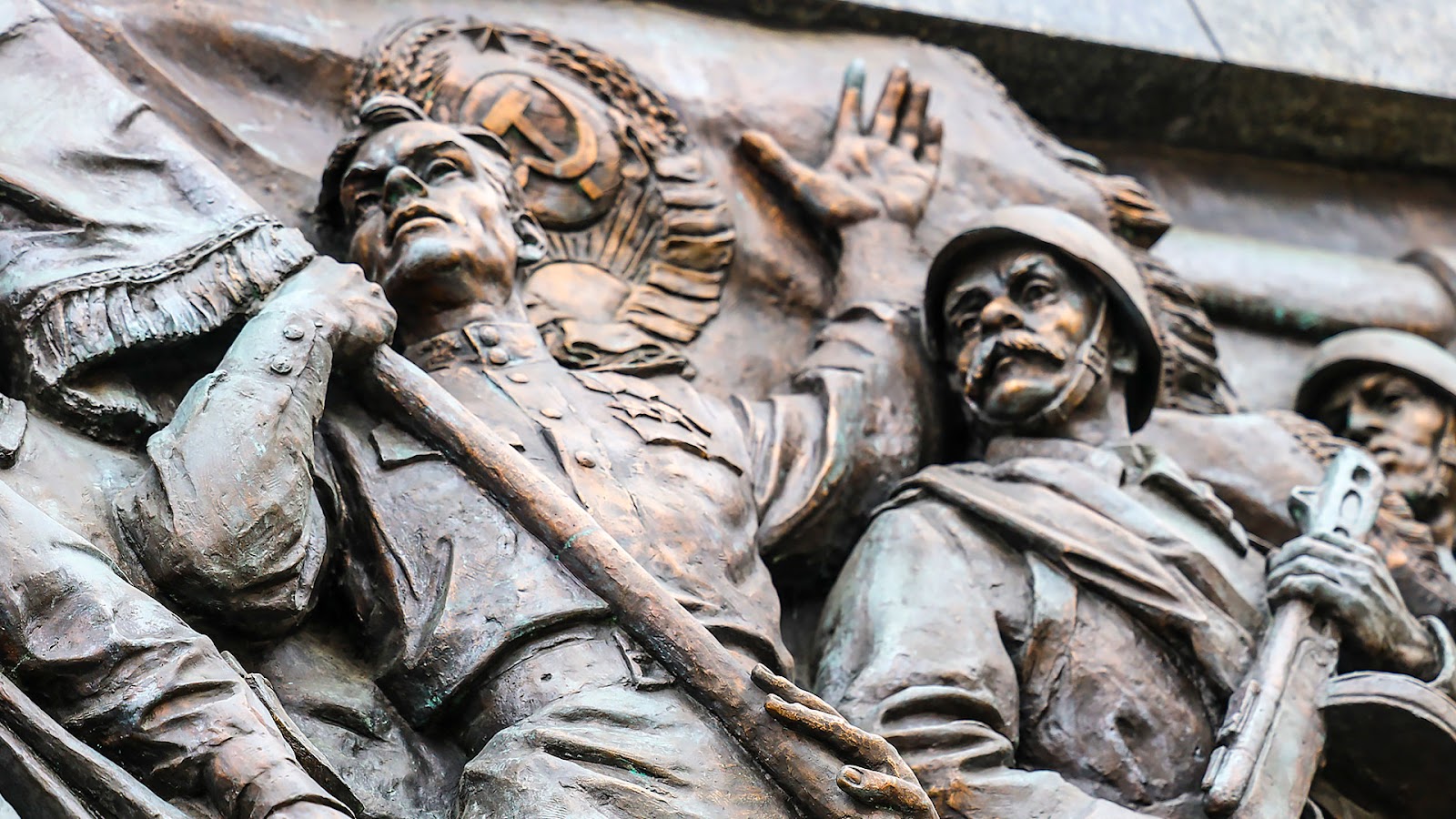 The obelisk monument is dedicated to the victory in the Great Patriotic War, it was opened in memory of the soldiers of the Soviet army, partisans and underground fighters who died during the war. The object is one of the symbols of the capital of Belarus. 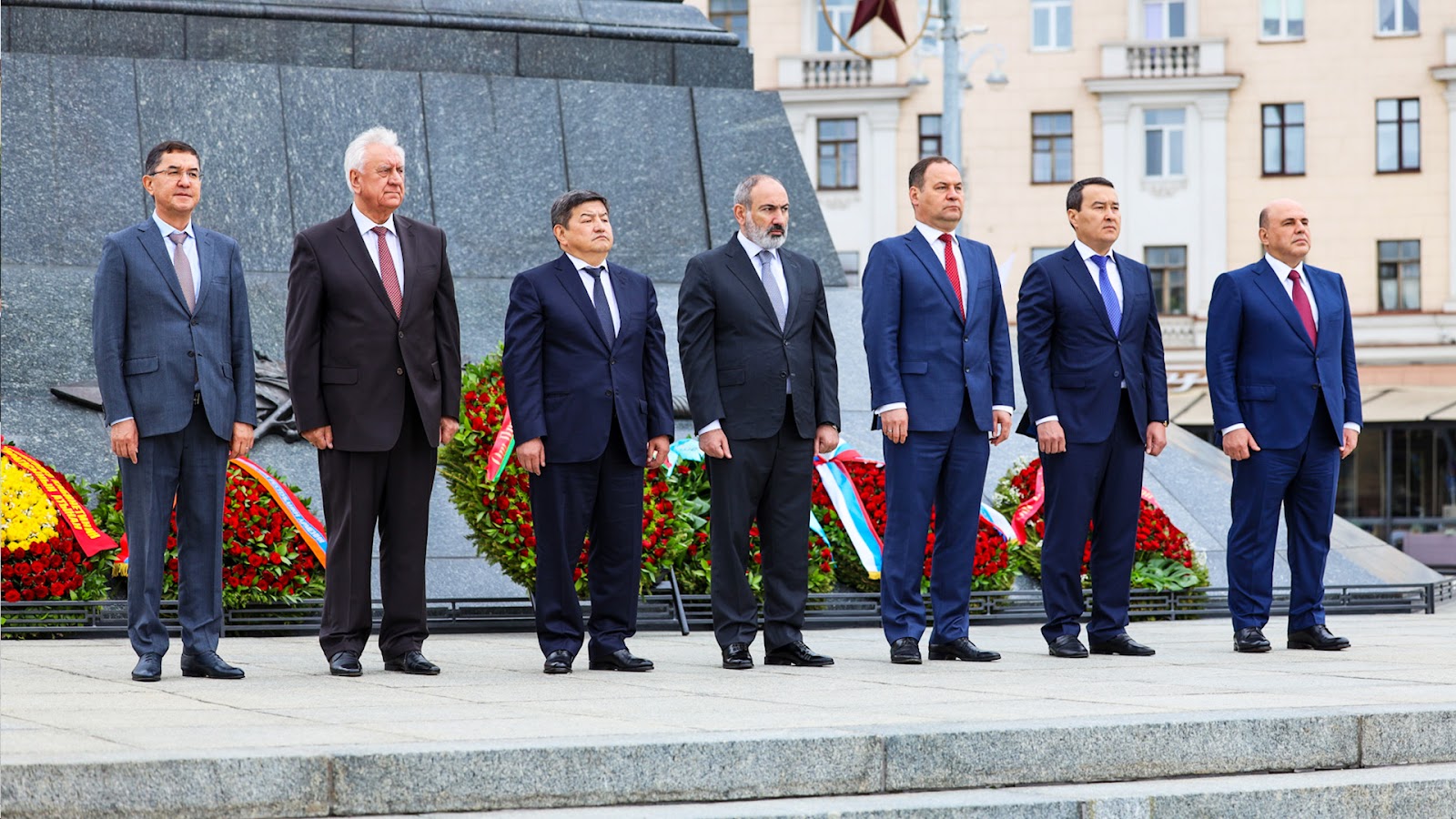 The next meeting of the Eurasian Intergovernmental Council will be held in Cholpon-Ata on the coast of Lake Issyk-Kul in Kyrgyzstan.