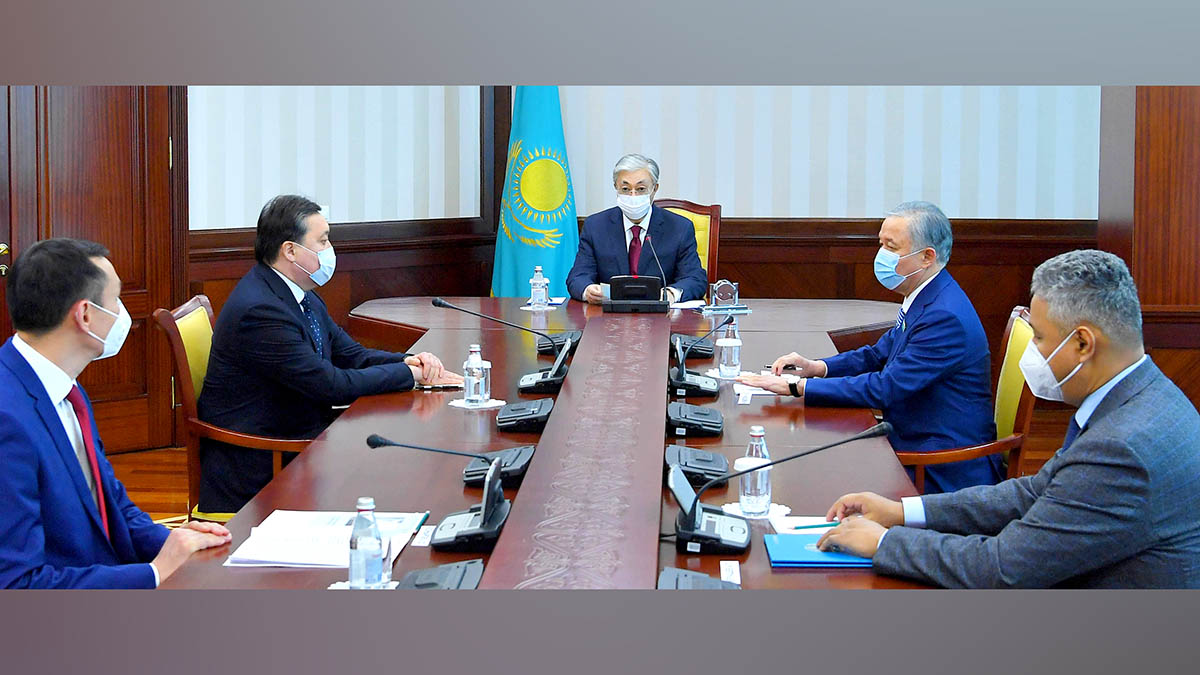 Prior the plenary session of the Majilis of the Parliament, Kassym-Jomart Tokayev held a meeting with the leaders of the parliamentary factions. This was reported by the press service of Akorda.

Addressing the heads of parliamentary factions, Kazakhstan President said that in accordance with the procedure established by the Constitution, he should consult with them on the candidacy for the post of Prime Minister.

In his speech at the session of the Majilis of the Parliament, President Tokayev summed up the results of the country’s socio-economic development and assessed the actions of the executive branch of government amid the global crisis caused by the pandemic.

“The Government has effectively implemented the anti-crisis plan. Accordingly, there was no increase in unemployment, no massive decline in income of the population. Basically, these measures were effective,” Kassym-Jomart Tokayev said.

The President stressed that the new members of the Government and the Majilis should focus their efforts on ensuring long-term economic growth and improving the welfare of the people.

In order to ensure the effective and uninterrupted work of the new Government, in accordance with article 44 of the Constitution, Kassym-Jomart Tokayev submitted to the Majilis of the Parliament the candidacy of Askar Mamin for approval to appoint him to the post of Prime Minister of the Republic of Kazakhstan.

Commenting on his decision, President Tokayev noted that Askar Mamin is a qualified and experienced civil servant, hardworking, demanding, and decent in his work.

“He understands our goals well. His effective work in the Government is a clear evidence of this,” Kazakhstan President underscored.

In conclusion, Kassym-Jomart Tokayev expressed gratitude to the deputies of the Majilis for supporting Askar Mamin’s candidacy and congratulated him on his appointment.