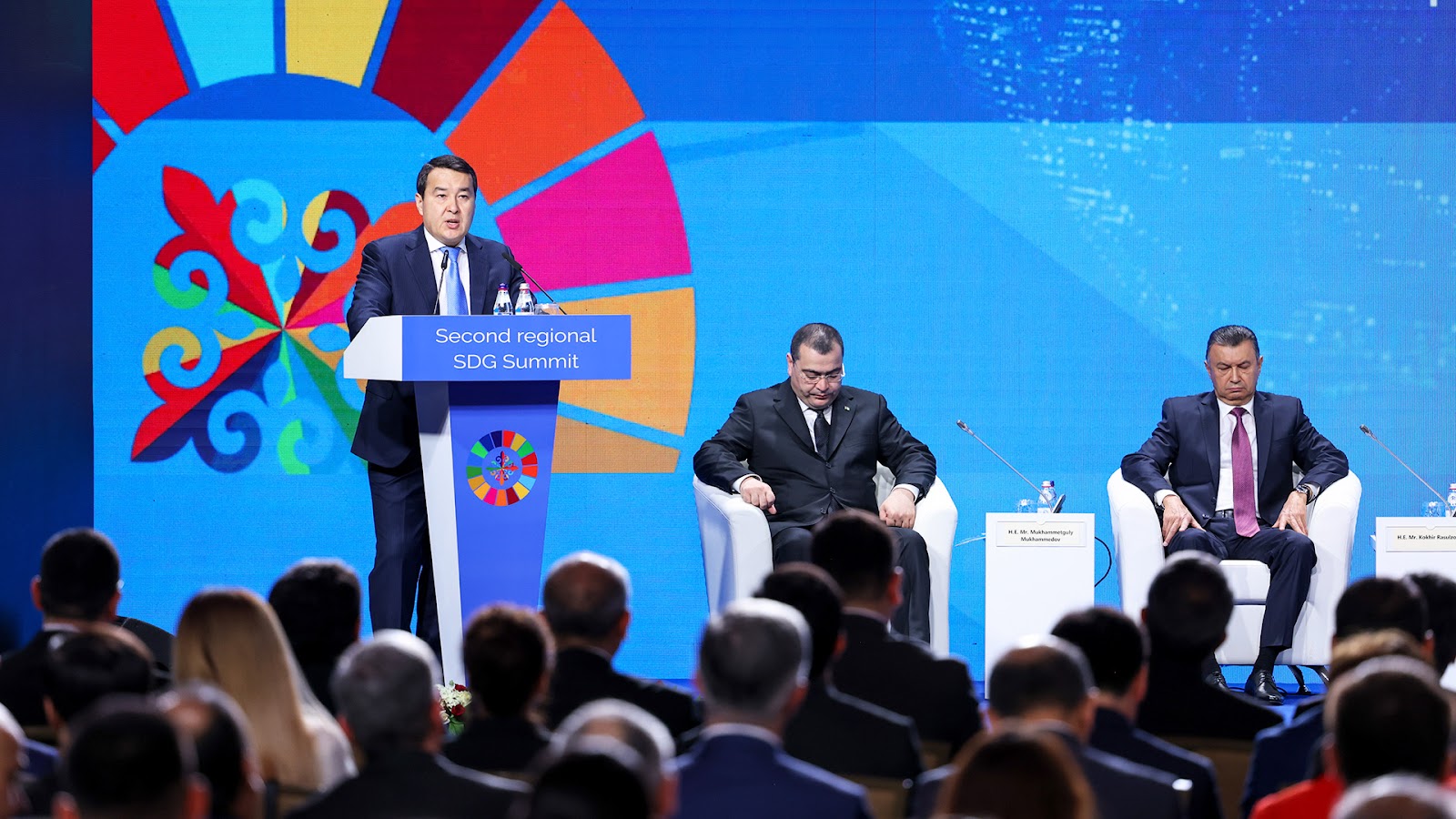 Prime Minister of the Republic of Kazakhstan Alikhan Smailov spoke at the Second Regional Summit on the Sustainable Development Goals “Beyond COVID — Towards a Just Recovery in Central Asia”, which is taking place in Almaty.

The event is attended by the Heads of Government of Kyrgyzstan Akylbek Japarov, Tajikistan — Kokhir Rasulzoda, Uzbekistan — Abdulla Aripov, Deputy Chair of the Cabinet of Ministers of Turkmenistan Muhammetguly Mukhammedov, UN Under Secretary-General Usha Rao-Monari, as well as international experts, representatives of international organizations, diplomats and civil society.

Speaking to the summit participants, Alikhan Smailov noted that regional cooperation has always been one of the main priorities of Kazakhstan. Currently, joint projects are being successfully implemented in industry, energy, engineering, agriculture and other areas.

According to international institutions, intra-regional trade in Central Asia is $6.5 billion, while the share of mutual trade between the countries of the region is 9% of their total trade. 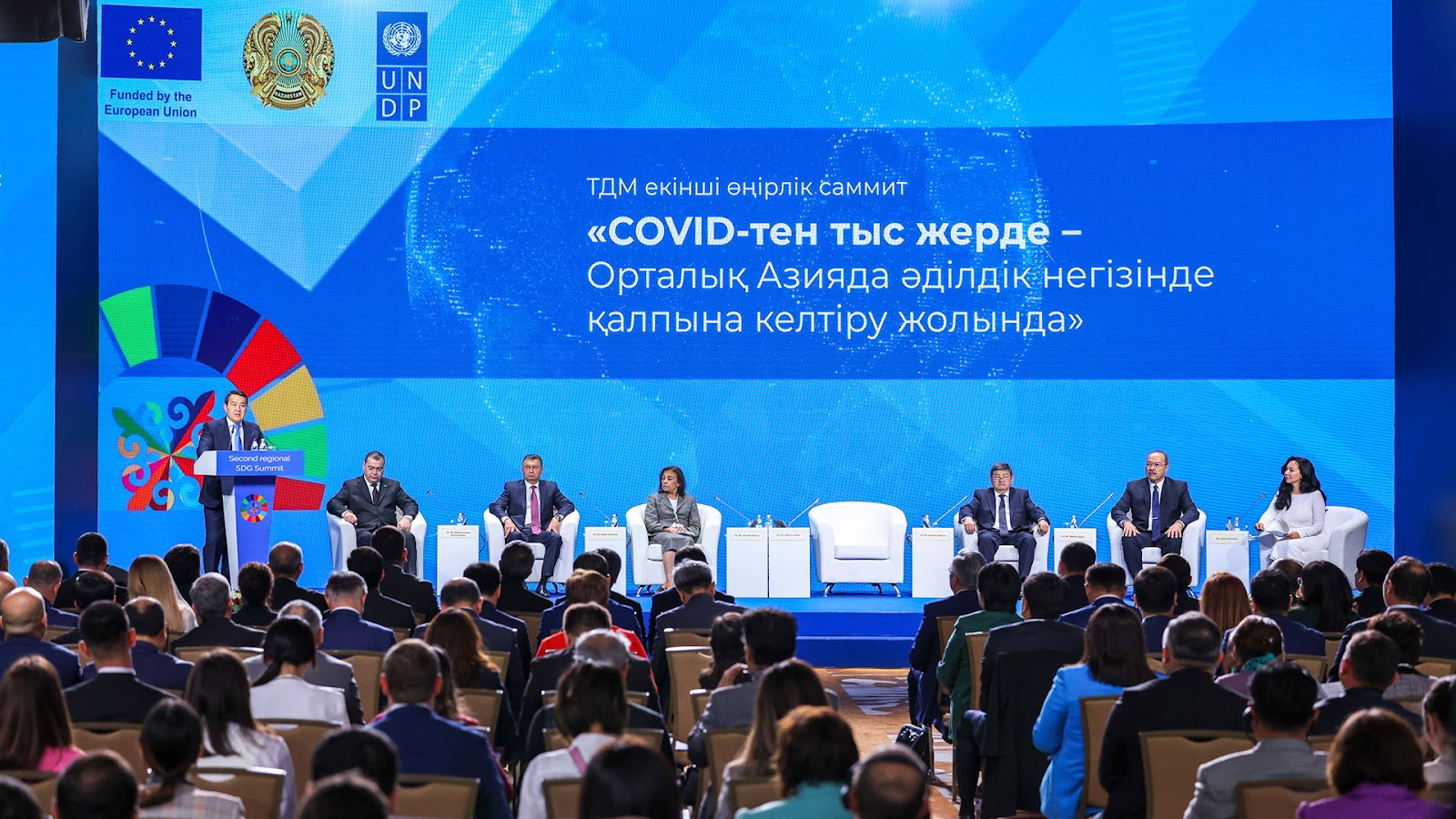 “Obviously, we have a significant potential for further building up cooperation. In this regard, we consider it necessary to strengthen joint measures to expand trade relations between our countries,” the Prime Minister of the Republic of Kazakhstan said.

Also, Alikhan Smailov noted, Kazakhstan is committed to achieving the UN 2030 Agenda, as evidenced by the inclusion of indicators of the Sustainable Development Goals in national development strategies and programs. To implement the commitments made in our country, the Coordinating Council for the SDGs is functioning. 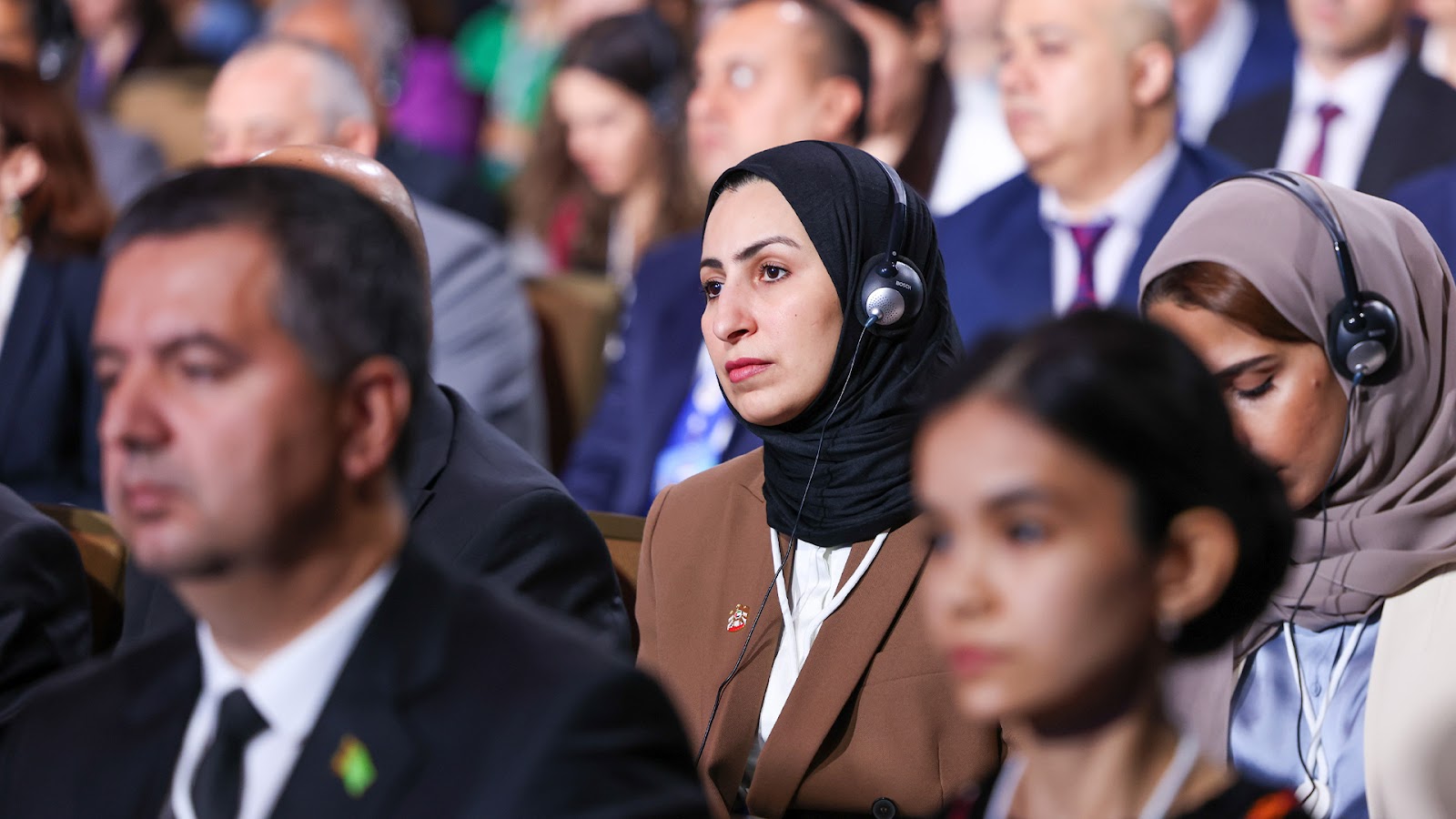 In addition, in 2020, Kazakhstan and the UN signed the Framework Program for Cooperation in the Field of Sustainable Development until 2025, which serves as a tool for consolidating government bodies, representatives of civil society and the private sector.

At the same time, according to the Prime Minister of the Republic of Kazakhstan, against the backdrop of deep structural changes in the global economy, it became necessary to adapt the national economic development policy for the medium term.

“In this regard, we have begun to develop the economic policy of New Kazakhstan with the active participation of the business community and experts from international organizations. Within the framework of this document, new measures are being developed to improve the investment climate and business environment, reduce the participation of the state in the economy, introduce innovations and alternative energy, and expand green financing,” the Head of Government of the Republic of Kazakhstan noted.

At the same time, Alikhan Smailov added, special attention will be paid to the development of education and scientific and technical potential, expansion of R&D, training of qualified personnel for the needs of the economy.

Moving on to the next topic, the Prime Minister of the Republic of Kazakhstan emphasized that one of the main issues for many countries today is food security.

Against this background, given that the Food and Agriculture Organization of the United Nations considers a further increase in prices on the world market likely, Kazakhstan will step up its measures to develop the potential of the agro-industrial complex and increase its productivity.

According to Alikhan Smailov, in the long term, the issues of food supply are also complicated by climate change, so the environmental agenda in Kazakhstan occupies one of the key places.

At the end of his speech, the Prime Minister of the Republic of Kazakhstan once again emphasized that regional cooperation between the countries of Central Asia is a key element in the implementation of the Sustainable Development Goals. In this regard, it is planned to open the UN Center for SDGs for Central Asia and Afghanistan in Almaty.

“Resolute action and strong partnerships at both the national and regional levels are required to achieve progress and global goals. I am deeply convinced that further expansion of cooperation and interaction between our countries with the active participation of UN structures will contribute to building a sustainable and prosperous Central Asia,” Alikhan Smailov concluded.