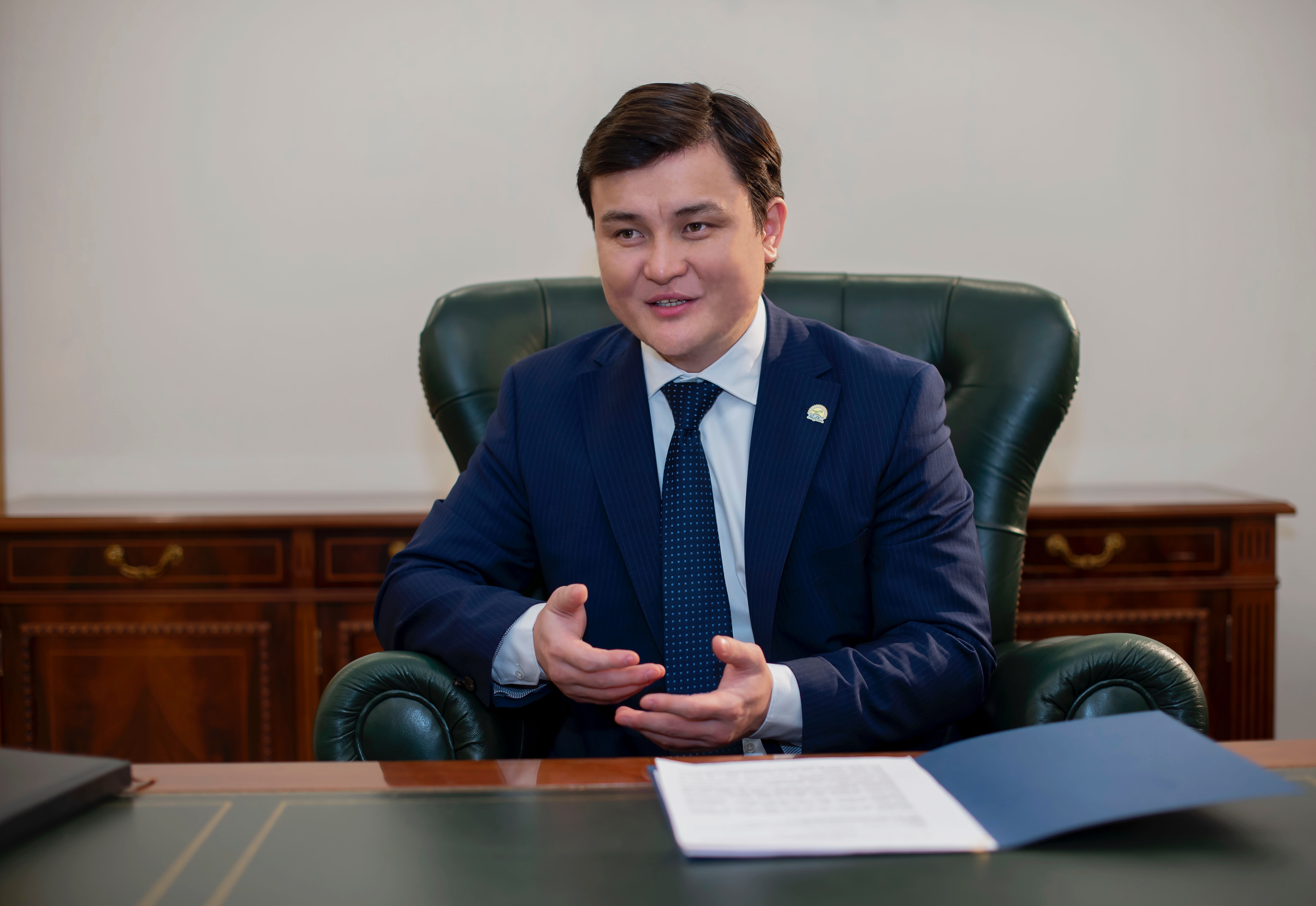 At the government session chaired by Prime Minister Askar Mamin, the results of the country's socio-economic development and the implementation of the republican budget for January 2021 were discussed. Minister of National Economy Aset Irgaliyev reported on the state of the country's economy.

“The loss of capital by the private sector in 2020 limits the prospects for a recovery in global trade this year. The record drop in investment flows last year will be a factor in the medium-term decline in potential global economic growth. The stability of the confrontation between the major world economies will lead to a further redistribution of the structure of world production,” said Irgaliyev.

At the end of the first month of 2021, the real sector, excluding the mining industry, showed an increase of 3.6%. Fixed capital investments excluding mining increased by 25.5%, which creates the basis for sustainable economic growth in the future. Annual inflation slowed to 7.4%.

As the head of the department noted, all branches of the real sector, with the exception of the mining industry, showed positive growth rates. These are construction, power supply, manufacturing industry, agriculture. Stabilization of the service sector is noted.

The decline in the mining industry was due to a 12.3% reduction in oil production as part of the fulfillment of obligations under the OPEC+ agreement. As a result, in January of this year. the GDP growth rate was -4.5%.

“Growth continues in the manufacturing industries. High growth rates in mechanical engineering remained at the level of 16.2%, including the automotive industry — 21.2%, the production of chemical products — 12.8%, and construction materials — 11.8%. The production of clothing also grew by 9.2% and pharmaceuticals — by 4%. In general, the growth of the manufacturing industry was 3%. 11 regions showed positive growth. The greatest increase is noted in the East Kazakhstan, Kostanay, Akmola regions, as well as in the city of Shymkent,” the minister said.

At the same time, investments in fixed assets are growing at a dynamic rate in most sectors of the economy. The average growth of investments excluding the mining industry was 25.5%.

“A significant increase in investments is noted in construction 2.3 times, manufacturing industry — 2.2 times, agriculture — 1.7 times, transport — 34%, information and communications — 25%, real estate transactions — by 18%. Positive growth is observed in 13 regions. The best indicators are observed in the Turkistan region and the city of Shymkent,” the minister informed.

Along with this, the growth of housing commissioning continues, reaching 9.4% in January 2021. 801 thousand sq. m of housing have been commissioned.

“All regions showed positive growth, except for the Mangystau region. The largest housing commissioning is noted in Shymkent — 2.8 times and in Atyrau region — 2.3 times,” Irgaliyev noted.

In agriculture, the growth was 2.5%. Positive dynamics is noted in 11 regions. Akmola region and Shymkent city showed high growth.

According to the minister, taking into account the tasks set by the Head of State and the Nur Otan election program, target indicators have been identified, the achievement of which must be ensured in 2021.

“First of all, this year the task is to ensure economic growth at the level of 3%. For this purpose, target parameters have been determined for each industry and region. Also, one of the main tasks is to attract investments in the amount of 15.4 trillion tenge in 2021. This will ensure investments at the level of 20% of GDP. These republican indicators have been worked out in detail and assigned to each region and in the context of economic sectors,” the minister assured.

For example, in the Karaganda region in the current year. it is planned to ensure the growth of the gross regional product at the level of 3.6%. Attraction of investments is planned for the amount of 725 billion tenge. 662 thousand square meters will be commissioned. m of housing with an increase of 25%. As a result, about 34 thousand jobs will be created in 2021.

“In 2021, it is planned to build 17 educational facilities. The construction of 11 healthcare facilities will be completed. It is planned to bring the share of roads in good condition to 85%. 100% of the urban and 90% of the rural population will have access to water supply services,” Irgaliyev said.

For example, in the Aktobe region there is a development potential in 190 villages (77 reference, 113 satellite). This year, it is planned to implement 75 projects in 35 villages to improve the social and engineering infrastructure, which will improve the quality of life of nearly 70 thousand rural residents and create more than 1,000 jobs.

To implement the set tasks, central and local executive bodies are invited to focus on the following factors of economic development in 2021:

“In general, the timely implementation of urgent measures to support business activity, as well as the implementation of structural and institutional reforms will lay the necessary foundation for the future sustainable and high-quality development of the economy,” summed up Irgaliyev.

Deputy Prime Minister - Minister of Foreign Affairs Mukhtar Tleuberdi noted that in 2012, the position of special deputy akims of regions and cities of republican significance responsible for investments was introduced to work with investors.

This measure has shown its effectiveness, however, over the years, the functionality of special deputy akims has been eroded by giving them non-core responsibilities.

So, today, only in the city of Nur-Sultan, Akmola, North Kazakhstan and Mangystau regions, special deputy akims are exclusively engaged in investment issues, in other regions they are endowed with other responsibilities that do not allow them to concentrate on investments.

“Therefore, I consider it necessary to revise the functional responsibilities of the deputy akims of the regions and return to the initial focus on attracting investments. In line ministries and quasi-governmental organizations, there is also fragmentation in matters of working with investors. The first managers need to clearly define the responsible deputies for work with investors, with specific plans and indicators,” Tleuberdi said.

In addition, an investment rating of regions will be developed, which will be considered at the Investment Headquarters at the end of the year.

First Deputy Prime Minister Alikhan Smailov stressed that the beginning of the year is associated with a slowdown in economic activity. However, despite this, in January 2021, a number of industries and spheres of the economy increased their output.

The beginning of mass vaccination of the population in most countries, including Kazakhstan, the prospects for the revival of global economic activity due to the measures taken to stimulate, the slowdown in the spread of coronavirus infection, allow us to expect the world economy to enter the trajectory of recovery growth.