Alikhan Smailov speaks about special procedure for budgeting during emergency 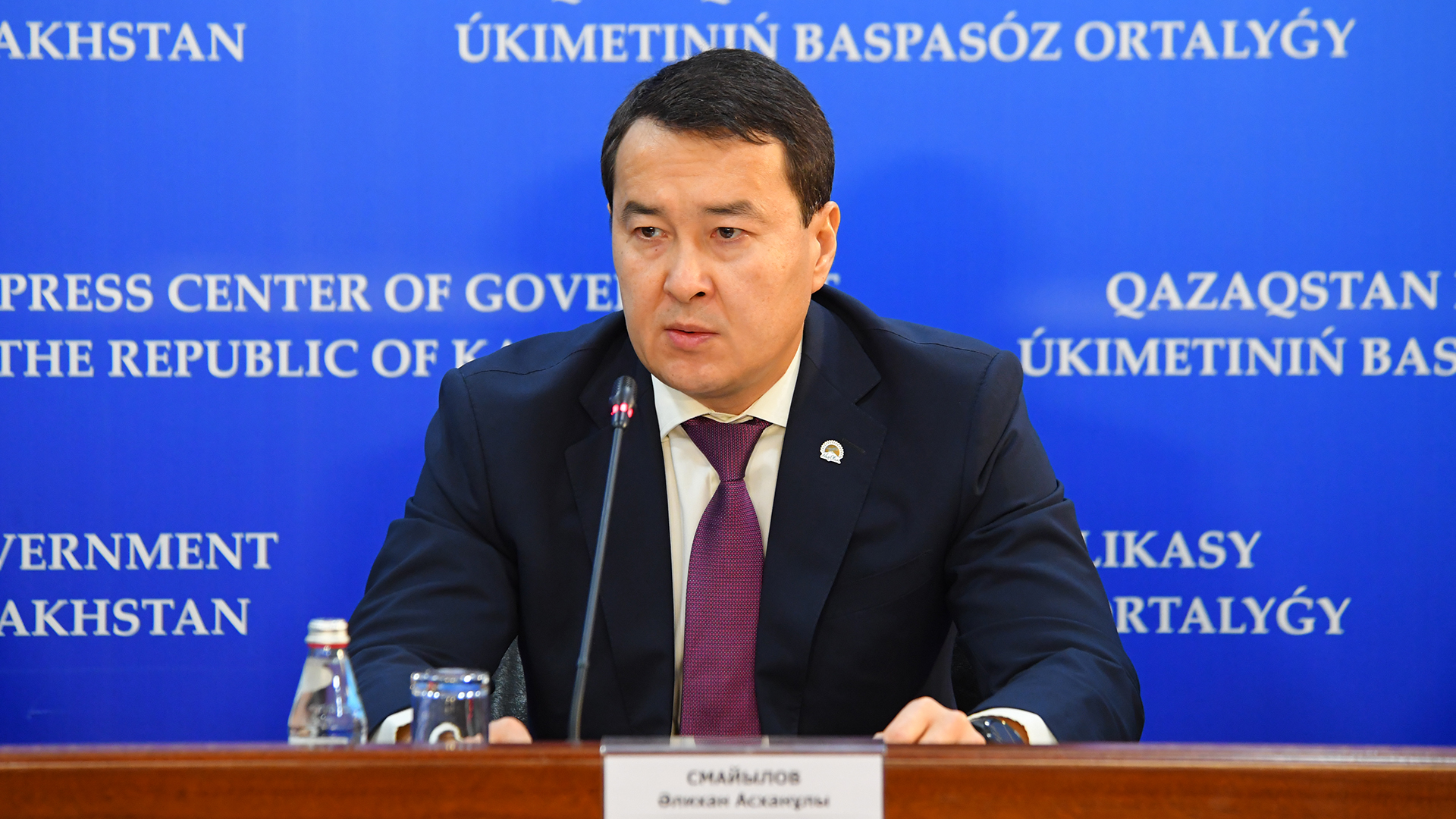 Budgeting will be carried out according to consolidated calculations based on data from the ministries and departments. The First Deputy Prime Minister – Minister of Finance Alikhan Smailov told about this during the briefing in the Government.

Kazakhstan is reinforcing measures to counter the spread of coronavirus. Measures will be strengthened to conduct sanitary and anti-epidemic measures in all organizations and facilities, to provide pharmacy chains with medicines and personal protective equipment. Together with large retail chains and suppliers of food products, as well as akimats, the issues of uninterrupted supply of all necessary products and essential goods will be resolved.

Food and medicine in the country are available in the right quantities; you should not make purchases for the future and create hype.

“The President signed the Decree ‘On Further Measures to Stabilize the Economy,’ which stipulates special conditions for taxation and public procurement, the formation and use of the budget. A special procedure is also being introduced for the formation and execution of the republican budget for the state of emergency. Budgeting will be carried out according to consolidated calculations based on data from ministries and departments,” said Alikhan Smailov.

According to him, this will reduce the time for consideration of budget applications, quickly determine the direction and volume of required budget expenditures.

At the same time, budget approval will be carried out by introducing a draft Decree to the President of the Republic of Kazakhstan.

When implementing the budget, it will be provided for:

For example, for the construction of facilities under the current budget legislation, various examinations and technical and economic calculations, coordination between government agencies are necessary. Given the need for urgent action, the Government decided to reduce the above procedures.

For the period of crisis situations, a special procedure for public procurement will apply.

“During this period, to support domestic producers, the Interdepartmental Working Group on Public Procurement, under the chairmanship of the Prime Minister of the Republic of Kazakhstan, will determine the List of goods produced in Kazakhstan and their producers. State purchases of such goods will be carried out accelerated and simplified and only among persons of domestic producers,” said Alikhan Smailov.

These purchases will be carried out by way of requesting price offers, the procedure for selecting a supplier will be no more than five working days. The measure will support not only the existing business, but also provide an incentive for the opening of new industries.

In the context of the well-known crisis, the Government needs to respond very quickly, for example: urgently purchase masks or protective equipment, build a hospital, etc. At the same time, competitive procedures may take from 45 to 60 days. In this regard, the working group will be empowered to identify goods, works, services and individual suppliers for conducting public procurement from one source.

At the same time, large and significant purchases (over 2 billion tenge) will be agreed with the President of the Republic of Kazakhstan. All other public procurement will be carried out in accordance with the established procedure.

“The implementation of the new Employment Roadmap project is proposed, for which 300 billion tenge will be allocated. They will be sent to the regions in order to stabilize the situation in the employment market, in order to ensure mass employment. In the framework of infrastructure projects, this is the overhaul of infrastructure facilities, social infrastructure – schools, hospitals, roads and so on, that is, those things that are most relevant in a particular locality. Within the framework of the Business Roadmap-2025 program and the Economy of Simple Things, it is planned to significantly expand the volume of financing of lending to our business,” said Smailov.

According to him, today 600 billion tenge has been allocated for the Economy of Simple Things, within the framework of which projects in the manufacturing industry and the agro-industrial complex were financed. At the moment, it is proposed to increase this funding to 1 trillion tenge and expand the coverage of this program to the entire economy, including the sphere of trade and services. In this case, borrowers will be able to receive long financing for the implementation of their projects at a low percentage of 6% per annum.