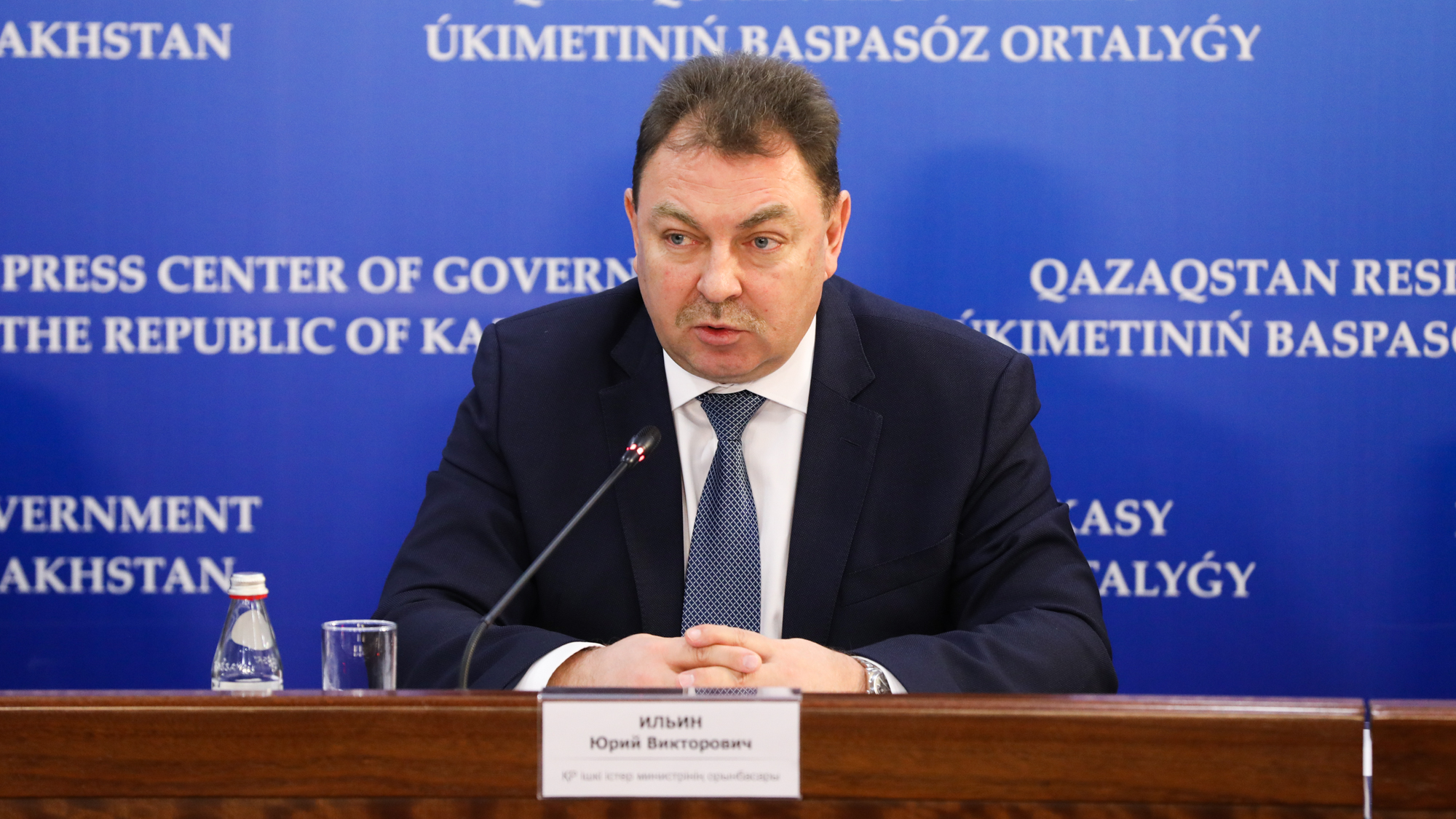 At the press conference in the government’s press center, Vice Minister of Internal Affairs Yuri Ilyin spoke about preparations for the flood period.

“We have entered an active phase of preparation for the spring-flood period. Today, from 6 a.m. throughout the republic, we began the comprehensive command post exercises ‘Koktem-2020,’ during which the readiness of forces and means of local executive bodies, as well as units of the Ministry of Internal Affairs of emergency response in the spring-flood periods will be checked,” said Ilyin.

Based on the forecast of snow accumulation on Feb. 1, 2020, the Ministry of Internal Affairs identified areas where there is a high risk of emergencies. These are more than 600 settlements.

“Now our units, together with akimats, are conducting raid events, notifying the population that may be in the flood zone. We give recommendations on how to behave properly in this situation,” said Ilyin.

March 1, 2020, Kazhydromet JSC will provide a more detailed forecast. After that, the Ministry of the Interior plans to work out possible scenarios in areas where a large amount of snow is falling.

According to Ilyin, the storm warnings received on Feb. 26-27, including in the city of Nur-Sultan, to increase wind speed and rainfall, will begin to provoke early snowmelt.

According to the vice minister, the highest risks are in the Karaganda region in the floodplain of the Nura River, where large snow reserves have formed and deep freezing of the soil is observed, which can provoke a high flow of water, the formation of high floods on the Nura River.

There are also risks in relation to snow reserves in filling the Vyachaslavsky reservoir.

“Accordingly, employees will work to intercept the Astana counter-regulator, which helps protect the city of Nur-Sultan from high flood waters and further passage of water along the Ishim River,” the vice minister said.

There are also risks along the rivers of the Akmola region Zhabay and Kulaton. The settlements of Atbasar and Kulaton are at risk of flooding by these rivers.

Yuri Ilyin also spoke about the possible risks of flooding in Nur-Sultan.

“We all, residents of Nur-Sultan, know that a large amount of precipitation fell this year. According to Kazhydromet, the excess of the norm is more than two times. Work is underway to remove snow from streets and yards. Every resident would probably like it to be carried out more actively, because spring is just around the corner,” Yuri Ilyin emphasized

The vice minister recalled that local flooding was observed in early February 2020, when in the city of Nur-Sultan there was an increase in temperature and precipitation fell.

“Part of the streets we already went under the water. The difficult situation, which the akimat now predicts, is at the bottom of the river, at the river outlet (outside the city), where there are summer cottages. Flooding is likely. Also, territories that can’t cope with storm sewers are located along Momyshuly Avenue, in the area of ​​Turan Street. These sites are at risk. Assistance will be provided by the Committee on Emergencies in eliminating the consequences,” Ilyin informed.

The Water Committee has proposed a project for the construction of a discharge channel from the counter-regulator towards the Nura River.

“The sites are identified in Nur-Sultan. The Akimat is taking measures to alert the population that may be in the flood zone. If necessary, we will carry out evacuation,” Yuri Ilyin emphasized.

Ilyin noted that the effect of the implementation of the Road Map is clear.

“In the past year, we had 1,000 settlements that were flooded. Now we have minimized the risks. Less than 350 settlements now have flooding risks,” said the vice minister.