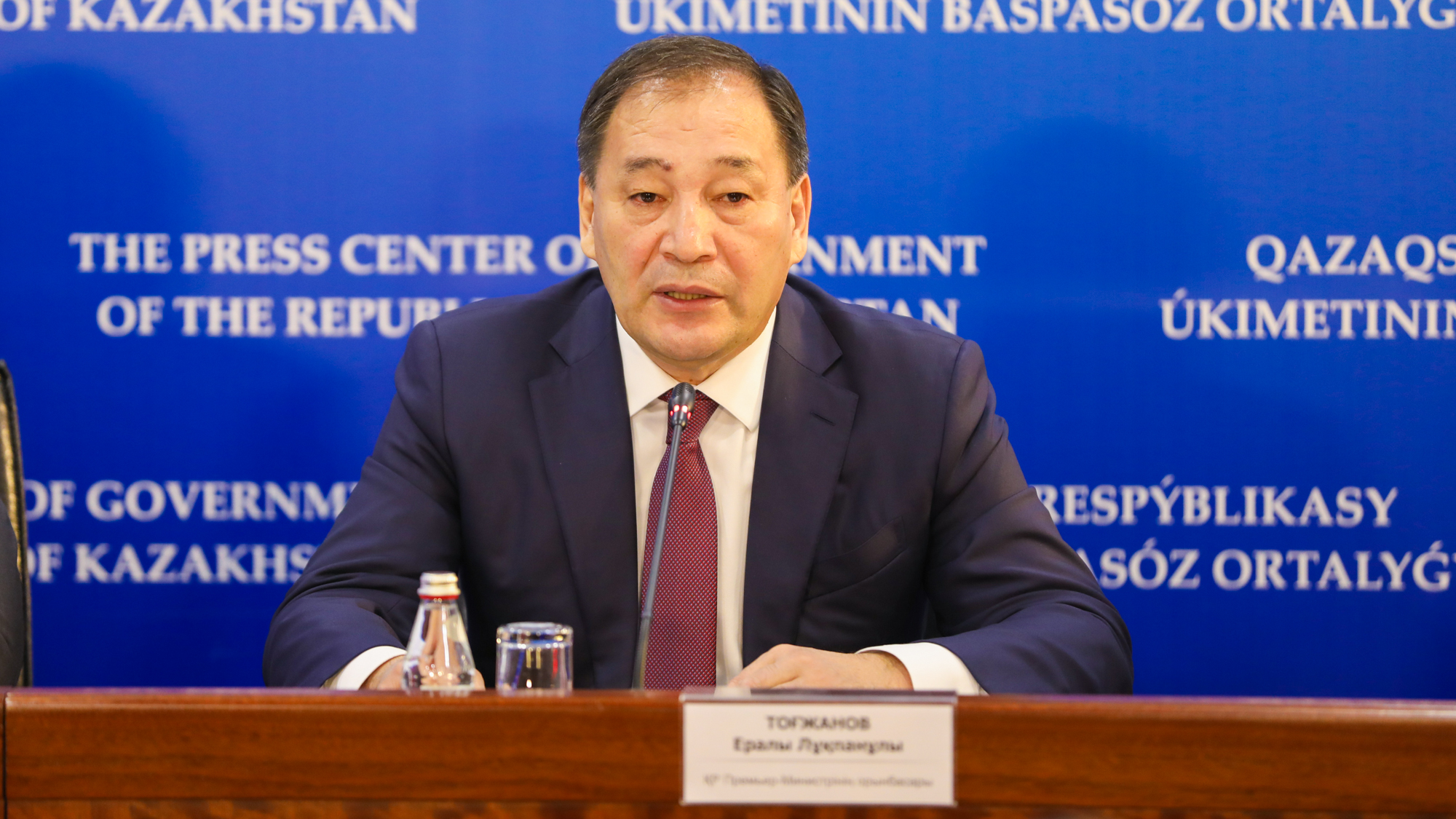 At the press conference following the Government session, Deputy Prime Minister Yeraly Tugzhanov spoke about measures taken by the Government to prevent the spread of coronavirus infection in Kazakhstan.

As Tugzhanov noted, the Head of State Kassym-Jomart Tokayev instructed the Government to take specific organizational measures to prevent the spread of the coronavirus that arose in China in Kazakhstan and to keep the situation under its personal control.

“This issue is raised daily by the prime minister at the Government sessions. A special action plan has been approved. The government’s interdepartmental commission, established to maintain this issue under close supervision, works on an ongoing basis and implements concrete decisions on all necessary measures on a daily basis,” the deputy prime minister said.

According to him, during this period 11 meetings have been held, over 100 instructions were given to the relevant bodies.

In view of the aggravation of the situation in the world, the Government adopted additional measures. So, passenger bus transportations, passenger trains and air traffic, and a pedestrian crossing were suspended from China.

For drivers of motor vehicles transporting goods from China (22 vehicles on 27.02.2020), an algorithm for medical control is defined. Today, all cargo transportation is carried out only by rail.

“We have taken all necessary sanitary measures at the border. Measures have been taken to restrict people, including drivers who enter Kazakhstan. None of them pass here. With regard to road transport, specific measures have been taken. During the last day, only 10 cars drove. That is, we went for a reduction,” said the deputy prime minister.

These measures, according to Tugzhanov, are in contrast to the economic component of Kazakh-Chinese relations. However, they are very important in this situation.

“The economic issue is crucial. Today, according to preliminary data, only in China alone a drop to 1% is possible. If we take into account the share of China in the global economy of 24%, of course, this issue will concern many countries, including Kazakhstan. But even realizing the enormous economic damage, we have no right to risk the safety and health of people. For us, safety and human health is more important than the economic component of this issue,” said the deputy prime minister.

In addition, from March 1, 2020, the number of regular flights with the Republic of Korea has been reduced from 9 to 3 per week. Since March 1, 2020, the only flight with Iran has been suspended. Since March 5, 2020, the number of flights Nur Sultan - Tokyo is reduced from 2 to 1. From March 5, communication with Azerbaijan is limited from 15 flights a week to 3. This is due to the fact that Iranian and Azerbaijani citizens visiting Iran come from Baku to Kazakhstan.

Tugzhanov also said that the arrival of citizens from the first category through third countries was taken under special medical control. The issuance of permits to attract foreign labor for countries of the first and second categories has been suspended.

A good situation, according to the deputy prime minister, has been achieved with Kazakhstani students, many of whom are in Kazakhstan today during the holidays. There are about 1,000 of them. All of them are advised not to travel to South Korea. The Ministry of Education and Science gave specific instructions to conduct negotiations with the leadership of these universities on the extension of the training period, taking into account the circumstances.

Tugzhanov called on citizens to approach the implementation of antiviral measures with responsibility.

“I ask everyone to take this issue very seriously and I want to warn that there is a corresponding liability for spreading false information, up to criminal responsibility,” Tugzhanov said.