Briefing: Serik Zharasbayev and Andrey Kryukov on preparations and participation of National Team of Kazakhstan in Winter Olympic Games in Beijing 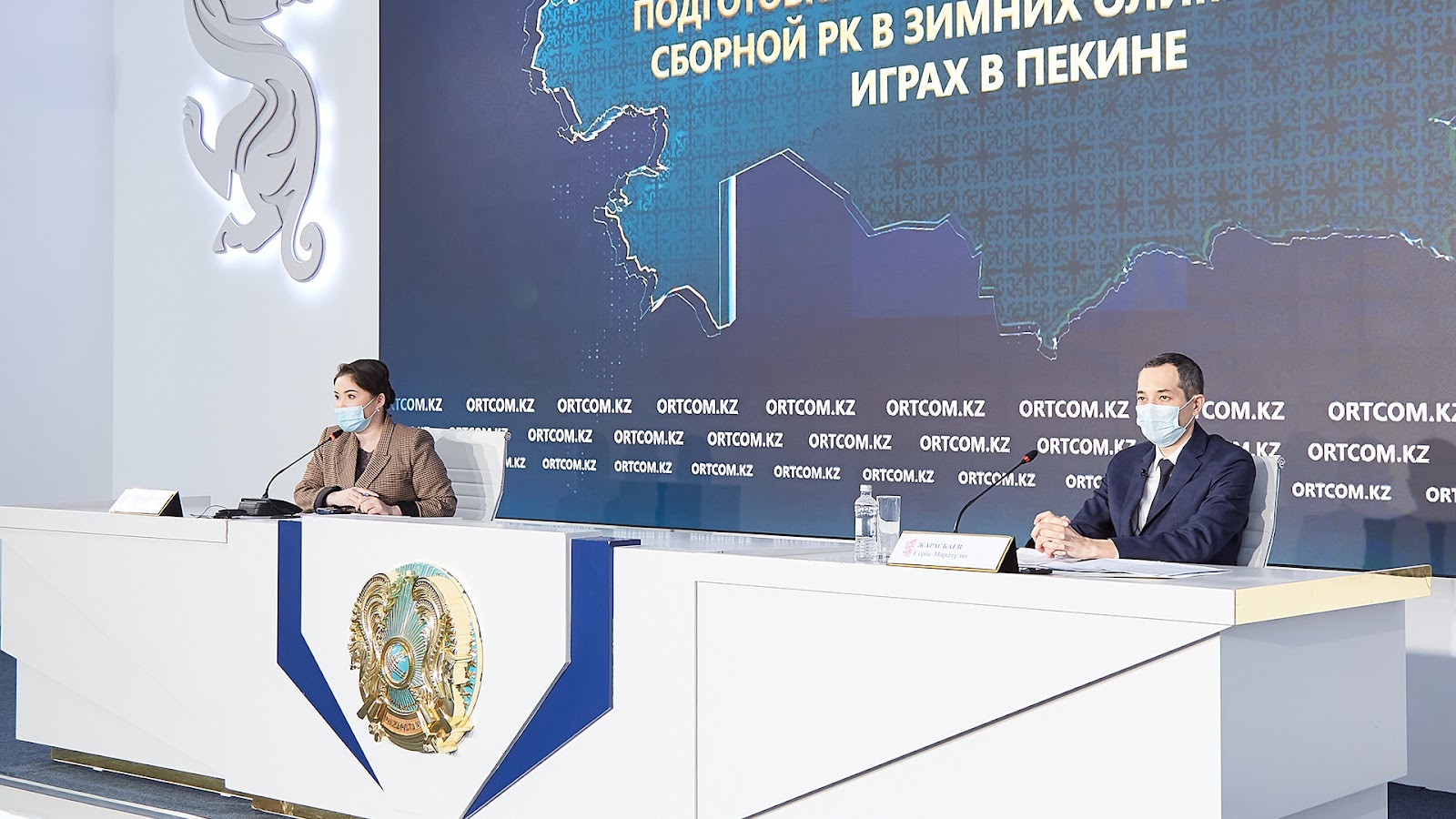 Serik Zharasbayev spoke about the preparation of the Kazakhstan national team for the Olympic Games and about the licenses won. 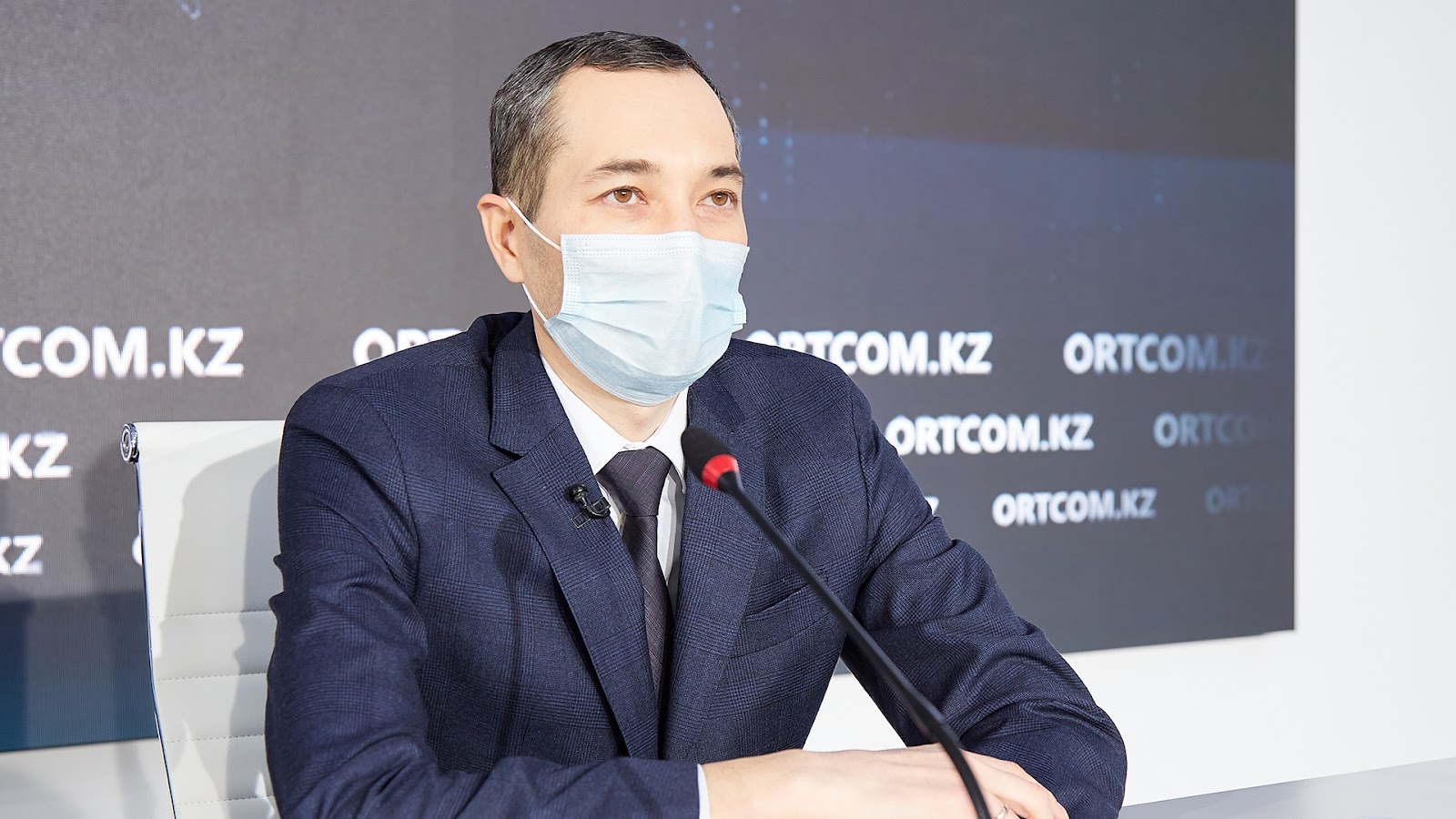 According to Andrey Kryukov, if we take into account the number of disciplines in which our athletes will perform, then the figure has not changed much — 87 licenses. Moreover, there is more refinement going on, and possible refinement in other disciplines is expected over the next week. Most licenses were won by skiers — 35, speed skaters — 12 and biathletes — 12. The rest of the licenses were won by short trackers — 9, freestyle moguls — 6, freestyle acrobats — 4, ski jumpers — 4, alpine skiers — 3, Nordic combined — 3.

He also added that all athletes are currently undergoing the final stage of training. All of them are in quarantine zones, 2 of which are in Kazakhstan, 3 are abroad. On the basis of the Alau Palace (Nur-Sultan) there are athletes in short track and speed skating, in Almaty in a closed area representatives of freestyle mogul, Nordic combined, alpine skiing, ski jumping live and train.

Andrey Kryukov recalled that 46 Kazakh athletes participated in the last Olympic Games, they had 91 licenses. Today, the majority of licenses have been won by skiers - 35, skaters and biathletes by 12.

“It is worth noting that biathlon has not reached the number of athletes and almost doubled the number of licenses compared to Pyeongchang. In Korea in 2018, there were 10 athletes and 21 disciplines. Other licenses - short track - 9, freestyle mogul - 6, freestyle acrobatics - 4, ski jumping - 4, alpine skiing - 3, Nordic combined - 2. We have already noted that due to the redistribution of Olympic quotas by international federations, we added two licenses the other day, so now we are closing our last qualifications. Currently, all athletes are undergoing the final stage of training: they are located in quarantine zones, two of which are in Kazakhstan, three are abroad. Representatives of freestyle mogul, Nordic combined, alpine skiing, ski jumping made a track at the Shymbulak base, actually copying the Zhangjiakou track. We already have good feedback from athletes and coaches, we expect that this will help our athletes adapt to the track and understand the difficulties,” the NOC representative shared his hopes.

According to him, not only athletes and coaches are now in quarantine, but also all service personnel in order to protect Olympians from coronavirus. The operational headquarters is working around the clock, the situation is being analyzed, and the athletes are in touch.

According to Andrey Kryukov, two men and five women will compete for ski racers at the games. They perform in different disciplines, except for the big relay.

“Unfortunately, the team did not play during the entire last training and competitive season due to quarantine restrictions, they only participated in the World Championships in Germany. This season we made every effort and won seven licenses. The biathlon will be represented by the most experienced Galina Vishnevskaya, Alexander Mukhin, Vladislav Kireev, moguls — Yulia Galysheva, Ayaulym Amrenova, Olesya Graur, Anastasia Gorodok, Dmitry Reichard, Pavel Kalmakov. All athletes are very famous and do not need a separate introduction. This is our main hope for the Beijing Winter Olympics. It is interesting that the whole team represents the city of Ust-Kamenogorsk, which has become a center of development for Kazakh Moguls. The team had difficulties, one athlete, unfortunately, stopped a step away from the license due to the lack of a visa and logistical problems created by the organizers. In general, we can say that the team has passed the most difficult selection and has a very good result today. On the eve of the Olympic Games, we also have 4 quotas in freestyle acrobatics, where the team leader Zhanbota Aldabergenova, Akmarzhan Kalmurzaeva and Sherzod Ashirbaev will perform. For skaters, the International Federation has confirmed 12 licenses to date. This season the team has played in all world cups, in all stages and showed good results. Some athletes will enter the Olympic wrestling in several types of distances,” said the representative of the NOC.

“In general, the delegation will consist of 100 people. In addition to 34 athletes, 20 coaches, seven servicemen, seven staff members, 10 employees of complex scientific groups (doctors and massage therapists) are going to Beijing. Everything will be clarified, there are big requirements for covid restrictions, maybe less than 100 will go,” said Andrey Kryukov,

Secretary General of the National Olympic Committee of the Republic of Kazakhstan Andrey Kryukov added that the budget for participation in the Beijing Olympics provides for an amount of 228 million tenge ($518 thousand).

The Secretary General of the NOC of Kazakhstan also spoke about how Kazakh athletes perceived the new form.

“For the first time in history, the Kazakh team performs in a uniform on which the name of the country will appear in a new spelling: in Latin in the Kazakh language. To do this, we received special permission from the IOC. The spelling will be the same as on the State Emblem of our country. Here we have very good feedback. This is very well received by athletes and all those who are not indifferent to sports. According to experts, this greatly raises the spirit of the team, the guys took it with great enthusiasm,” Kryukov shared his observations.

The oldest athlete Yevgeny Velichko is already 35 years old (cross-country skiing), the youngest athlete Gorodok Anastasia is 16 years old (freestyle mogul). Despite her young age, she is the bronze medalist of the 2021 World Championship.

Vice Minister of Culture and Sports of the Republic of Kazakhstan Serik Zharasbayev admitted that less attention is paid to the development of winter sports than summer ones. Nevertheless, after the victory of Denis Ten at the Olympics in Sochi, this sport developed rapidly in our country.

“Elizabeth Tursynbayeva also ended her career. But there are followers. There is an opportunity to prepare them. Our athletes showed good results at the winter sports and athletics. Not only athletes from Nur-Sultan, Almaty, but also from Kyzylorda, Mangystau participated. But the level of the Olympiad is higher. I think that the athletes who will comply with it after a while will be ready. The government is making a lot of efforts to develop this sport. New objects are launched. Relevant work is also being carried out in the southern regions,” the speaker assured.

The representative of the department noted that new directions for the development of winter sports will be considered at an expanded meeting of the ministry, which will be held on Feb. 25.