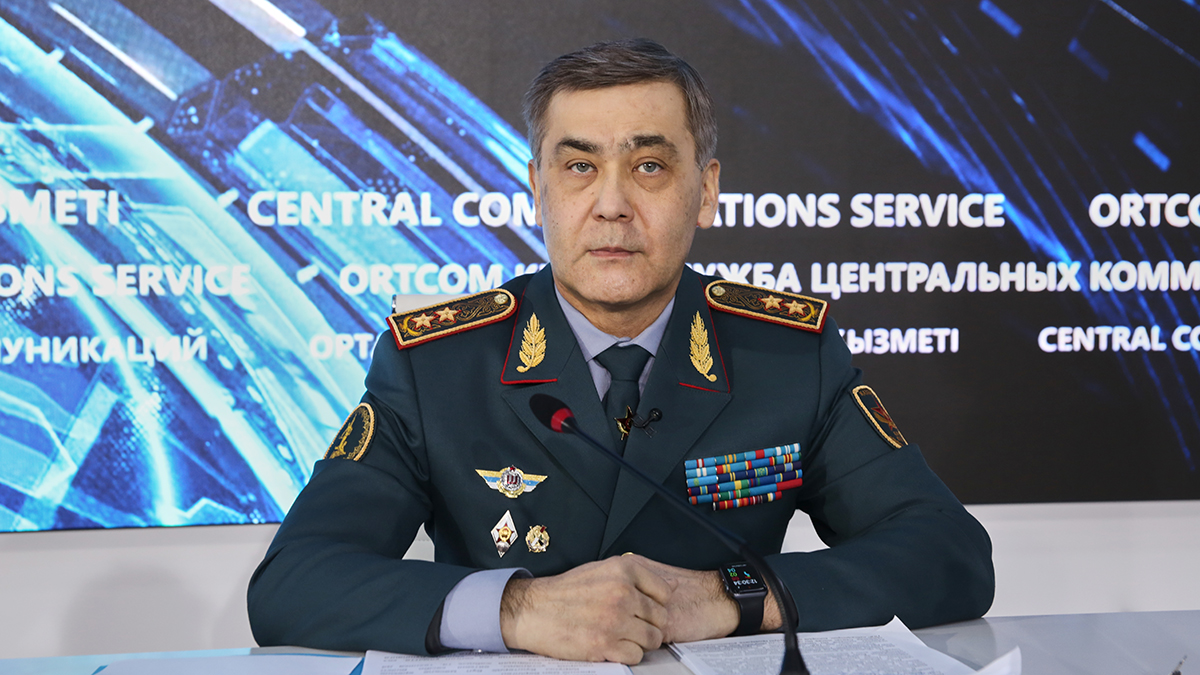 At an online conference Minister of Defense Nurlan Yermekbayev spoke about the progress of the implementation of the instructions given by the Head of State Kassym-Jomart Tokayev in the Address to the people of Kazakhstan.

In particular, the head of the defense department spoke about the process of equipping the Armed Forces with new weapons and military equipment, and noted that it is being carried out on a planned basis and allows the army to ensure the country's security.

So, according to him, this year more than 370 pieces were purchased, over 200 military equipments were overhauled and modernized. For the first time, the Buk anti-aircraft missile systems entered the Armed Forces of Kazakhstan.

In addition, Rosa low-altitude target detection radars capable of detecting both unmanned aerial vehicles and cruise missiles have been adopted and are monitoring the country's airspace. Domestic-made Nur radar stations are also being purchased.

In addition, as the minister said, military educational institutions conduct scientific research with a priority on robotics and electronic warfare.

In the troops, the initiative of commanders is encouraged and developed, scientific research is carried out. So, for example, military specialists have recently developed anti-drone weapons, unmanned aerial vehicles.

“A unique formation has been created - a military scientific platoon. For example, he has developed an automated system for issuing documents, which reduces costs and bureaucratic procedures in the provision of public services.

Also, in the process of educational work, along with the traditional ones, new formats and methods are being introduced,” said the minister.

Now the troops are using about 50 training modules with situational cases. They cover all aspects of life to expand horizons, develop logical and critical thinking, raise the intellectual level and foster patriotism.

The Armed Forces have a huge infrastructure. The defense department is taking measures for the overhaul and maintenance of buildings on the territory of military units and military camps. Most of them were built in the 60-70s of the last century.

Thus, in the current year, the current repairs of more than 600 objects have been organized, which is 1.5 times more than last year. Overhaul of 30 buildings was carried out.

New objects of the barracks and housing stock are being built, including from light modular structures: barracks, canteens, warehouses, educational and sports complexes. 56 such buildings have been built this year.

The housing issue of servicemen is being solved. Since 2018, through preferential mortgage lending, more than 4 thousand military personnel have purchased housing under housing programs (7-20-25, Baspana Hit, Askeri Baspana and others).

During the announcement of the coronavirus pandemic, in order to preserve health, part of the personnel of the Armed Forces was transferred to self-isolation at home. But even in these conditions, the servicemen did not waste time. Specialized training programs and a set of physical exercises were developed to be performed at home.

“At the same time, during emergencies, as well as natural disasters, the army cannot stand aside. We provide the maximum possible assistance to both the Ministry of Internal Affairs and the Ministry of Emergency Situations, and health authorities, and akimats,’’ Yermekbayev said.

So, when the state of emergency was introduced in connection with the COVID-19 pandemic, 13 thousand military personnel were involved. Thus, in terms of the ratio of the number of deployed servicemen to the population, Kazakhstan is one of the first in the world.

From the first days of the introduction of the emergency, the units of the troops of radiation, chemical and biological protection have been disinfecting in 29 settlements of the country.

Since the declaration of the state of emergency, military pilots have transported over 90 tons of cargo, more than 3 thousand personnel and civilians, including evacuated compatriots from other countries - Turkey, Cyprus, Belarus, Saudi Arabia, Tajikistan, Kyrgyzstan and the Russian Federation. The military medical service provides maximum support to the Kazakhs.

According to the head of the Ministry of Defense, a field hospital in Taraz, a medical complex in Aktobe, two mobile departments in military hospitals and 23 medical and nursing brigades have been formed in the republic. These units are ready to move quickly to any region of the country to provide assistance to people.

Two PCR laboratories were put into operation in the cities of Nur-Sultan and Almaty without attracting budget funds. Also, two mobile laboratories for ELISA diagnostics were purchased. All this makes it possible to increase the accuracy of the registration of the infected and to carry out tests for the presence of antibodies, which is necessary for high-quality vaccination.

Also, according to Yermekbayev's information, the main military medical department, taking into account the situation, has been withdrawn into a separate, independent body in the structure of the Armed Forces. The staff of medical institutions has been supplemented with infectious disease doctors, epidemiologists and virologists.

In addition, a separate department of radiation, chemical and biological protection troops was created.

On efficiency of budget fund spending

“All activities of the defense department are carried out with strict adherence to budgetary discipline. She has always been and remains our priority. So, since this year, the ministry has switched to monthly monitoring of the implementation of the planned indicators of budget programs with an analysis of the performance of indicators, indicating problems and shortcomings,’’ Defense Minister Yermekbayev said.

The ministry is looking for alternative sources of financing, seeking savings by optimizing the structure of the Armed Forces. The mechanism of public-private partnership is being worked out.

“The agency's website published announcements of planned purchases using a special procedure. This made it possible to significantly increase the number of participants, ensure healthy competition and save 9.3 billion tenge of budget funds, which is three times higher than last year. These funds are allocated to the priority areas of development of the Armed Forces,” he informed.

In order to save budgetary funds, emphasis has been placed on optimizing the organizational structure, the number of military units and military infrastructure facilities, the rational use of ammunition and military equipment with an emphasis on combat units.

For this purpose, a special Department for ensuring the safety of military service and labor protection was created at the Main Directorate of the Military Police in the Ministry of Defense.

According to Yermekbayev, the Department checks and analyzes the security situation to the smallest detail, and develops proposals for its improvement.

“Elimination of the consequences in the Arys garrison continued throughout the year. A lot of work has been done. In the Armed Forces, practically all issues of the vital activity of troops, where there are risks, are subject to control. Including issues of storage of weapons and ammunition, fuels and lubricants and toxic technical fluids, catering, parachute jumps, live fire. Up to questions about the presence of emergency buildings, open sewer hatches and the health of electrical wires,” the minister explained.

Also, a map was drawn up to minimize the security risks of the military service, including the cleaning of objects from explosive objects in Arys. The personal responsibility of officials for the state of military discipline among subordinates has been increased.

“As a result, this year, the incidence of hazing among military personnel has been reduced by 28% compared to 2019. The number of suicides has been halved,” the minister said.