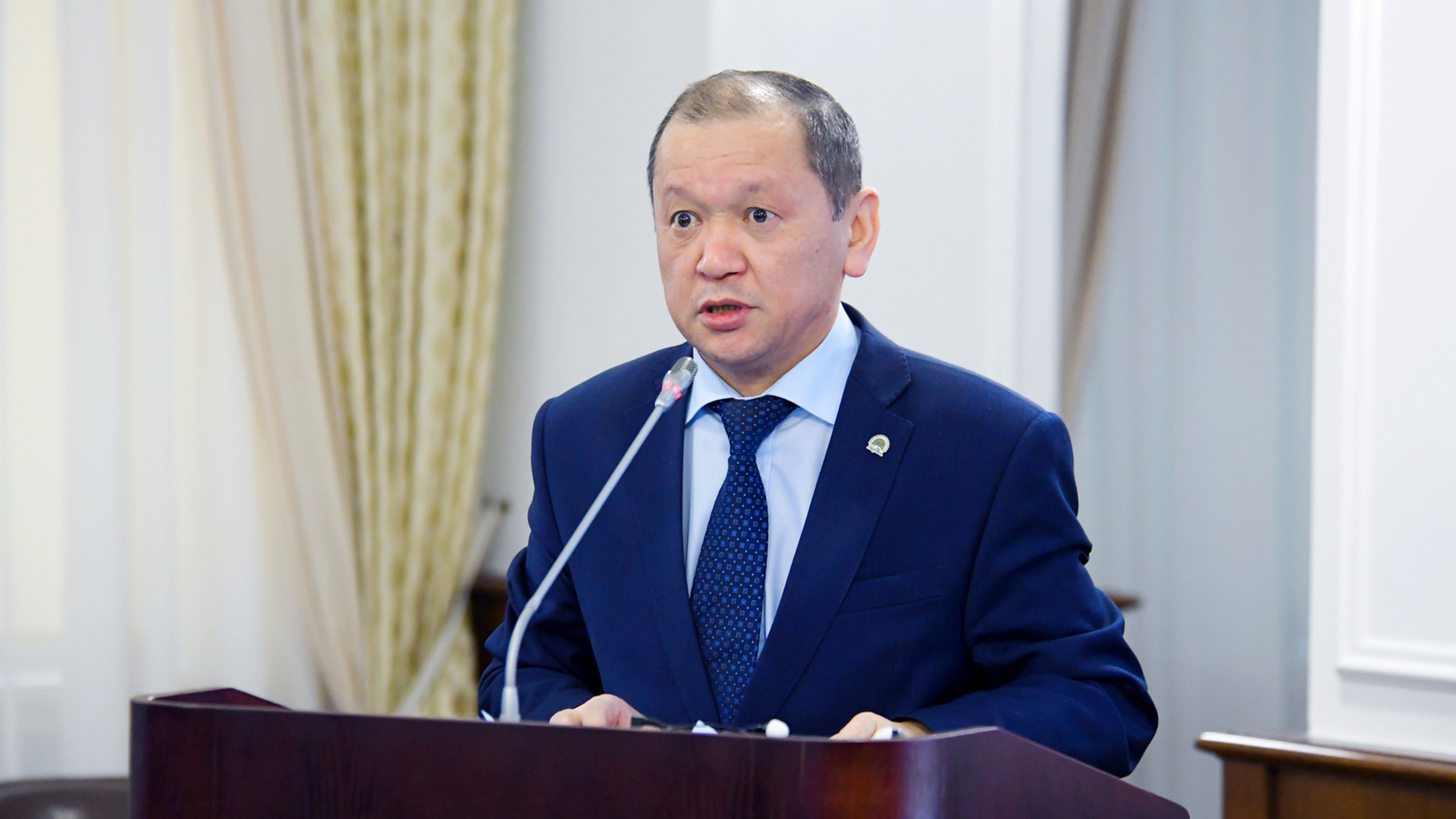 At the government session chaired by Prime Minister Askar Mamin, Minister of Labor and Social Protection of the Population Birzhan Nurymbetov reported on measures to protect the rights of citizens.

So, according to him, taking into account the current situation in the economy and on the labor market, the protection of human labor rights is under the special control of the Government.

According to official statistics, at the moment in the republic more than 6, 650 million employees are employed at 324 thousand active enterprises. Their wages compared to last year increased by an average of 6.5%.

At the end of 2019, in the ranking of labor market efficiency of the Global Competitiveness Index of the World Economic Forum, Kazakhstan rose from 30th to 25th place.

The head of the ministry also reported on how issues related to labor relations are being resolved today. For example, with regard to the issue of ensuring timely payment for labor, at the moment the total debt is 724 million tenge. Since the beginning of the year, the debt has been reduced by 49% or by 696 million tenge. In the context of regions, the largest debt falls on the Mangystau, East Kazakhstan and Almaty regions.

"This year, labor inspectors have paid off wage arrears in the amount of 4.2 billion tenge, thereby, as a result of the measures taken, the rights of more than 30 thousand workers are protected," Nurymbetov noted.

He also said that this year the status of the order of the state labor inspector issued to the employer is equal to the order of the bailiff. This was done in order to strengthen the timely payment of wage arrears. The ministry believes that this measure will additionally impose a seizure on accounts and property, impose restrictions on leaving the country in relation to employers who violate their obligations to pay wages.

In addition, the Ministry of Labor and Social Protection of the Population, together with akimats, within the framework of the Labor Risk Map, monitor the release of workers on a weekly basis.

So, since the beginning of this year, 15.7 thousand people are at 1.2 thousand enterprises in flexible working hours. Over 39.7 thousand workers were released.

In turn, the Government of the Republic of Kazakhstan took urgent measures to preserve jobs.

As Birzhan Nurymbetov said, during the quarantine period, 4.6 million people received social payments for loss of income in the amount of one minimum wage in the amount of 475 billion tenge. More than 131 thousand memorandums of mutual cooperation between akimats, trade unions and regional enterprises have been concluded. Thanks to this, when employers fulfill their obligations, the preservation of jobs for 2.3 million workers is ensured.

Among other things, the country is implementing an anti-crisis Employment Roadmap. This year, measures to ensure employment, including the Employment Roadmap, Enbek and other state programs covered 1.390 million people, of which 730 thousand are provided with permanent jobs.

“The situation at enterprises that attract foreign labor is also under control. So, this year, in order to protect the domestic labor market, the quota for attracting foreign labor has been reduced by 40% compared to 2019,” the minister said.

As of Dec. 1, 2020, 14,600 foreign citizens are employed in 1.7 thousand enterprises with the permission of local executive bodies, the share of local content is 96%. 71 inspections of enterprises employing foreign labor revealed and eliminated 608 violations.

In addition, an amendment has been made to the Labor Code, obliging employers to provide employees not only with equal pay for equal work, but also on equal production and living conditions without any discrimination.

“In order to prevent collective labor disputes, monthly monitoring covers over 1,000 risky enterprises with more than 230,000 employees. The monitoring results are analyzed monthly at the trilateral commissions on social partnership with the adoption of response measures,” Nurymbetov noted and added that this year, 5 major labor conflicts occurred at various enterprises of the country.

In general, response measures to prevent and resolve labor conflicts are being implemented within the framework of the Comprehensive Action Plan approved by the Government. As a result, the number of collective labor conflicts decreases every year.

As for the issue of industrial injuries, in this part, thanks to the comprehensive measures taken by government agencies and employers, it was possible to maintain positive dynamics. So, over the past three years (2017-2019), injuries have been reduced by 15%, and positive dynamics remains.

At the same time, according to the results of 11 months of 2020, 1,300 people were injured at the enterprises of the republic, of which 185 people were fatal.

The growth of industrial injuries is observed in the West Kazakhstan, Karaganda, Kostanay, North Kazakhstan, Turkistan regions. At the request of state labor inspectors, 33 officials were suspended from work, the operation of 11 equipment was suspended, 812 cases were sent to law enforcement agencies, in which 97 criminal cases were initiated.

Comprehensive measures to reduce the number of workers injured in production, as well as those employed in jobs with harmful working conditions, are being implemented within the framework of the Roadmap for 2019-2023 approved by the Government.

Among other things, Minister of Labor and Social Protection of Population Birzhan Nurymbetov spoke about the role played by social partnership in ensuring stability at the country's enterprises.

So, according to him, the number of collective agreements providing for additional benefits for employees and favorable working conditions has reached 145 thousand. Of these, the level of coverage of large and medium-sized enterprises exceeds 96%. In addition, 22 sectoral and 200 regional agreements are in force.

“In connection with the expiration of the term of the General Agreement between the Government, republican associations of trade unions and employers this year, a draft of a new General Agreement for 2021-2023 has been developed,” the head of the labor department said.

Thus, the draft new General Agreement will establish joint commitments to achieve the main indicators of the concept of decent work.

“In order to improve the efficiency of regulation of labor relations, significant changes have been made to the Labor Code and the Law of the Republic of Kazakhstan ‘On Trade Unions’ this year,’’ he added.